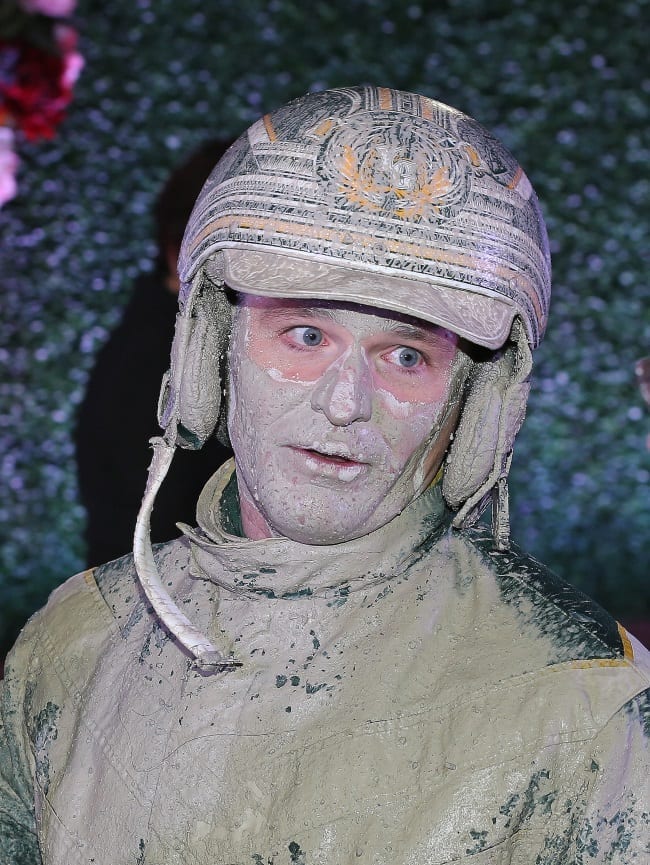 They combined twice in victory, with super trotting fillies Manchego (2YO) and Ariana G (3YO). And then both won with another partner – both of those wins behind a pacer:

Takter’s Crown Championship wins were #31, #32, and #33 in his Hall of Fame career; his total is now more than double of the trainer nearest him, Bob McIntosh, who has 16 to his credit.

The Gingras family accountant will undoubtedly be pleased with Yannick’s Friday night visit to Indiana. He added a second and two thirds to the three Crown triumphs, making him a millionaire in one night — $1,002,500, for 11 minutes and 21 seconds of racing.

And just like that, Gingras took over the lead in the seasonal drivers money chase, putting him just over $11 million. No disrespect at all meant to Jason Bartlett, who is having a terrific season at Yonkers, and has led just about the entire season to date. In fact, it took a million-dollar night for Gingras to pass Bartlett and his $10.4M.

The next most important set of numbers on the night were “39” and “+2.” They are, respectively, the temperature (Fahrenheit) listed on the official charts, and the official track variant, changed just before the Breeders Crown races from “+1” on the night of steady rain.

These conditions all be precluded any kind of onslaught on the track records we saw last week (six within the Crown elimination races), but all of the three trots broke 1:55, even though there was a huge favorite in each of the races who might discourage waves of horses coming at them.

The “off track” early on suggested that it might be a tough night for the favorites, as all of the first five winners paid $10.80 and $21.60, until in the final undercard event before the Crowns, nationally-recognized Bettors Up defeated a lower-level group as a 3-5 favorite.

Then along came the Crowns and four favorites won, all at 1-2 or less (Emoticon Hanover, Manchego, Ariana G, and Youaremycandygirl). Blazin Britches, even-money in her elim last week, bounced back to form to take her 3FP event, paying $12.20, and then, of all horses, 2015 Crown champion Pure Country charged down the center of the track to return $31.00 to win. (Just say that to yourself once – “Pure Country paid $31.00 to win!?!”)

The Crowns must have rejuvenated the “favorite juices,” as both Hoosier undercard events held after the Crowns went to chalk, running the favorite tally late to seven wins in 14 races, after starting 0-for-5.

Takter’s “friendly rival” at the top of the training ranks, Ron Burke, had a 1-2 finish in the 2FP with Youaremycandygirl and Majorsspecialady, picking up $450,000, and added a fifth-place Crown check of $12,500 and undercard action of two seconds and a third in five starts, totaling $494,740 on the night. (And tonight he has Hannelore Hanover and six other Crown starters).

Hoosier’s leading driver, Trace Tetrick, had a driving double, one in the Breeders Crown competition behind Blazin Britches, and an undercard victory. For Tetrick, the victory was his third in Breeders Crown competition and second for trainer Brian Brown, as they teamed in 2015 to win the OMP with Color’s A Virgin. Tetrick’s other victory was with Freaky Feet Pete in the three-year-old colt pace at Woodbine in ’15.

Blazin Britches’ victory also puts trainer Brown halfway toward a “sweep” of the Crown sophomore paces, and with the colts on Saturday he has the favorite – with what some have referred to as his “second-string good 3YO,” Downbytheseaside (hey, if I can make $1 million one year, you can call me whatever you want!).

That “other” 3YO referred to above, Fear The Dragon, off the disappointment of not qualifying for his Breeders Crown event, will look to bounce back in Hoosier’s sixth race tomorrow, a $60,000 stake, where he will take on Jug winner Filibuster Hanover – who is listed as the 5-2 morning line favorite from the trailing post ten in the 11-horse field (but after all, Filibuster does have Gingras, coming off that million-dollar night). Fear The Dragon is the 3-1 second choice from post seven.

Hoosier’s second-leading driver, Sam Widger, also had a driving double during the undercard, as did Ron Wrenn Jr.

The mention of Ron Wrenn gives us a chance to introduce a fiendishly-tricky trivia question: Name the five former North American dash-winning leaders, for a given year, who are at Hoosier Park this weekend. (Answer at the end.)

We have mentioned Gingras times three, Trace Tetrick, and Mark MacDonald as winning Breeders Crown drivers on Friday. To complete the group, Dan Dube was the driver of the winner of the OMT, Emoticon Hanover. Emoticon went over $1 million in her career with the victory.

She also earned the highest portion of a purse tonight – 55 per cent. There were only four entrants in the race, and under the rules the fifth-place money is redirected to the winner, so she took home $137,500 of the $250,000 purse.

Emoticon Hanover’s sire Kadabra is also the sire of second-place finisher Caprice Hill, so his offspring got 80 per cent of the purse, or $200,000.

Manchego was bred by Brittany Farms, giving them their 22nd Crown breeding credit, one behind the leader, Hanover Shoe Farms.

In a bit of an anomaly, the only double siring winner was trotter Muscle Hill – but his offspring compete for the prizes of two different states: Manchego (PA) and Ariana G (NJ)!

The forecast for Indianapolis on Saturday: mostly cloudy and 44. But that’s an improvement over what was raced through on Friday.

And finally, the names of the five North American seasonal dash-winning champions at Hoosier this weekend: