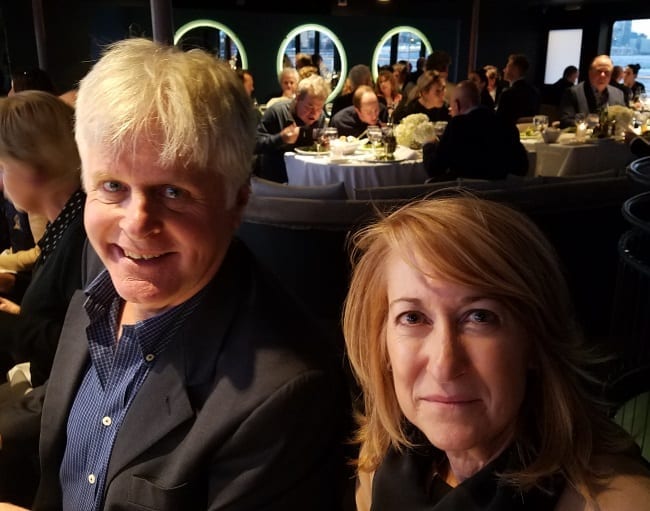 Yonkers goes all in to dazzle International guests

Meals at the ’21’ Club and Circo, a yacht cruise on the Hudson and tickets to a Broadway show is just the beginning of Yonkers Raceway’s efforts to entertain International Trot guests this week in the hopes of opening up international simulcasting markets.

Yonkers Raceway management has put its money where its mouth is. Make that plenty of money.

YR spent big green to show their guests from other countries a good time this week in New York City, proving their commitment to not only seeing to it that this afternoon’s $1 million Yonkers International Trot (YIT) be a big success, but also confirmed they are dedicated to cultivating and growing some relationships that could lead to some new ways racetracks look at how – and whom – they simulcast their products to.

Yonkers, which will be playing host to the International for the third time since its 2015 rebirth, spared no expense rolling out the red carpet ‘to the owners and horsemen from the seven countries that will be represented in the YIT.

On Tuesday, there was the press conference and post position draw at the lavish ‘21’ Club, where WFAN radio personality Marc Malusis, serving’ as master of ceremonies, reminded all in attendance several times that there would be $3.3 million in purse money doled out at the Hilltop Oval this afternoon (post time 1 p.m.). A gathering of about 100 showed up for a lunch that was galaxies better than whatever you’re having today.

But that was just the beginning.

Wednesday evening it was dinner for 80 at Circo (the sister restaurant to Le Cirque) before everybody headed over to the Gershwin Theatre to see the Tony-award winning show Wicked.

But there was still more.

Somewhere around 120 people were on hand Thursday night for an evening dinner cruise on a giant yacht that was out on the water for four hours as people drank wine, danced and took pictures of the star attraction of the evening, the State of Liberty, where the yacht paused in the water for 15 minutes for all to get a good look.

To top it all off, YR picked up the tab for all of the guests to stay the week at the Loews Regency Hotel, located on Park Ave. and 61st St.

Talk about your budget buster! But track vice-president and general manager Bob Galterio said he thinks it will all be worth it.

“It is costing us hundreds of thousands of dollars,” said Galterio. “But we are doing this to try and build on an international simulcasting marketplace. Everyone in the states sends their signals to every racetrack, OTB and race book that will take them and we felt we needed to open up a new market.”

Alex Dadoyan, the executive director of the Standardbred Owners Association of New York, had some contacts with French representatives that helped to get the International ball rolling.

Yonkers is certainly trying some things that are anything but the norm when it comes to simulcasting. They currently send their live signal to Australia and New Zealand just about every day. They have been seen in France on about 30 Sundays during the course of 2017. This afternoon, through the French wagering entity PMU’s hub, the International will be seen and wagered on in 15 countries.

“And we worked out a deal Wednesday night to start simulcasting to Italy,” said Galterio.

“I think that they like the increased field size,” said Galterio of his overseas bettors. “I think there’s more action in these races (Yonkers cards several big-field trots on Sundays) than in our (regular) races since we get nine, 10, sometimes 12 horses behind the gate. I think if the international market only saw the Tuesday night, $20,000 claiming pace where the quarter went in :27 and the half in :59.4, they would be become bored with it as well. There are things we are going to continue to try to get more action in these races.”

Those who accompanied their horses from places far away to be a part of this week’s festivities, gave high marks.

“We are very happy,” said Daphne, a native of France, whose husband owns Dreammoko. “This has been the best experience.”

“You can’t compare,” said John Backlund of Sweden, one of the owners of On Track Piraten. “We have been to the biggest races in Europe. This has been absolutely the best experience. We get like $37,500 if we don’t get a check (finish fifth or better). The other races do not offer anything like that.”

Galterio made it clear that he was not going to get much return on his money now. It’s an investment. But he is also realistic about the costs that go with such an undertaking.

“At some point, The International is going to have to come close to paying for itself,” Galterio said. “That’s why we are making this investment. As of right now, we are still building our market over there. Everyone who comes over here has a great time. So if those people go back home and tell other people about the great time they had, maybe one day they’ll be sitting in a café in France and see the Yonkers signal come up and play it. We are building the foundation for that to happen.”

The International tops an 11-race card that contains plenty of firepower. There will be a pair of $250,000 invitationals, one for trotters (starring Crazy Wow) and one for pacers (Sintra is the one to beat). There will also be eight New York Sire Stakes Finals, each carrying a purse of $225,000.

In addition to the monies spent on the group of international globetrotters, Yonkers has gone to a full-court press to get the word out.

“We had ads on WFAN radio, in the Daily News and in the New York Post,” said Galterio. “We had several segments on ‘Good Day New York’ (on FOX) the other morning and the race will be seen live on SportsNet New York (starting at 3:30 p.m.).”

The track will also have a beer garden open during the card and give away hats and t-shirts as well. YR is going for it in a big way on what will be the richest day in the long history of harness racing in the State of New York.

Galterio summed it up this way: “It’s very difficult to build on days that aren’t special.”