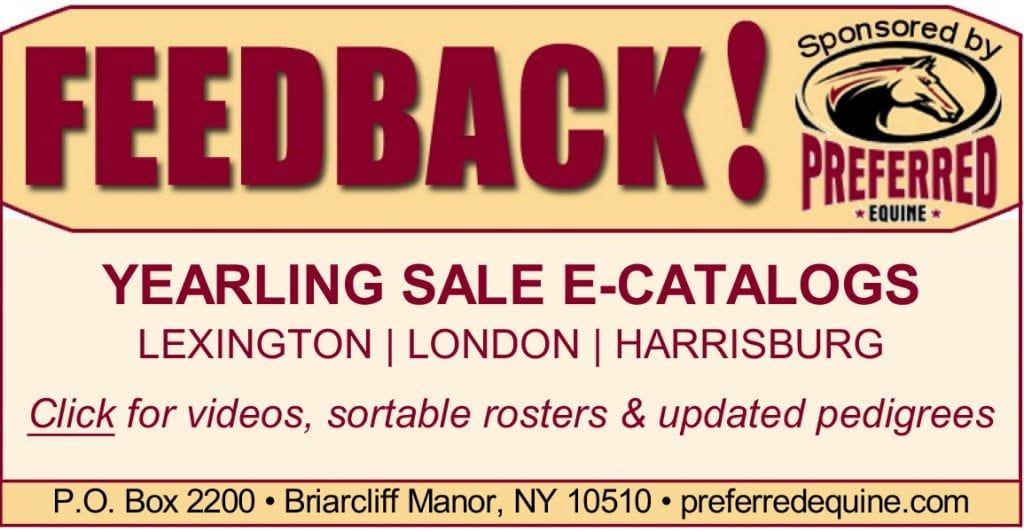 Faraldo in defence of Sturman

Brett Sturman is right on target when he opines (full story here) that suspending a horse is unfair to the owner, but surely it is also harmful to the industry; an industry that seems to be intent on chasing owners away from the auction rings and claim boxes under the well intended, but misguided popular mantra of much desired “integrity”.

Clearly, as Sturman properly pointed out, any owner found to be complicit with illegal activity, should be severely punished; but to punish an owner for entrusting his or her horse to a trainer who is licensed and fully able to participate by virtue of a license issued by the Commission is just wrong. If the owner is to be charged with failing to be “more” mindful, diligent and selective about engaging a trainer, should not the regulator be held to the same standard in licensing and re-licensing trainers?

If owners are to be punished for engaging the services of “certain” licensed trainers, perhaps the regulator should consider publishing a list of those licensed trainers they “mindfully, diligently and selectively” issued a license to, and advise owners that in spite of their grant of a license, these licensees are the ones owners should avoid. This would tremendously help owners in making an informed choice, rather than subjecting owners to such harsh punishment imposed, due to the lack of diligence on the Commission’s part in issuing a “stay away from” trainer a license in the first place.

Punishing owners after the fact for using a trainer who subsequently violates the trainer responsibility rule or for the failure to guard a horse from the administration of an illicit substance is simply not going to produce the desired result, especially when many regulators see fit to adopt the unfounded medication guidelines of RMTC. Enforcement of these guidelines has created false positives already and now could be a further predicate to cause owners to suffer.

Many of the sport’s top trainers have been the subject of permissive medication violations simply because they are the trainer. Now is this new proposal going to allow regulators or track operators to pick and choose, not only which trainers should suffer but now which owners should, or should not, be penalized? Consider something else, when does the 90-day suspension of the horse commence, when the positive is reported, or at the conclusion of a trainer’s hearing or the exhaustion of the judicial process? If from the report of the positive, how does the regulator compensate an owner whose trainer is eventually exonerated? Can a horse’s ownership be transferred before the process is completed or can the Commission ignore one’s right to the “free alienation of property”? Will the Commission undertake alerting the entire industry that a horse is potentially subject to suspension at the end of the process or does a new and unsuspecting owner now suffer? We have seen similar pitfalls erupt when Commissions decided to pre-race detain high TCO2 horses and paint them with an industry’s “Scarlet Letter”.

No doubt the industry needs to champion a level playing field. As usual, its knee-jerk efforts, lauded in so many quarters, make for positive sound bites and a purely negative and mostly counterproductive result. If no real investment is made in properly policing this sport, no misguided punishment of owners who have done no wrong, will ever be a meaningful substitute for the integrity that we desire, as there may not be owners left.

The only real solution to the problem is, and always has been, the investment in “boots on the ground” investigations by the Commission, valid medication guidelines followed by appropriate testing protocols at experienced labs. Attempting to clean up the problem via innuendo and the slander of trainers, accomplishes nothing more than a further erosion of the industry by driving out owners whose only foibles were hiring fully licensed conditioners.