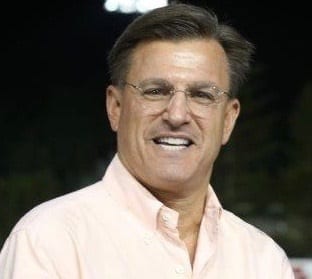 Since as long as anyone can remember, a trainer, whether in thoroughbred or standardbred racing, was held responsible whenever a horse of theirs tested positive for a prohibited substance, no matter the circumstances. After a ruling was released earlier this week from Franklin Circuit Court Judge Thomas Wingate, in a case that involved the Kentucky Horse Racing Commission (KHRC) and thoroughbred trainer Graham Motion, that could change. In his verdict dropping all charges against Motion, the judge ruled that the absolute-insurer rule is unconstitutional.

The Motion-trained Kitten’s Point tested positive for the medication Methocarbamol, a muscle relaxant that prevents cramping, following her win in the Bewitch Stakes in 2015 at Keeneland. He was fined $500 and received a five-day suspension. His attorney, Craig Robertson, argued that the amount of the drug found in the horse’s system was so small that it was impossible for it to have a performance-enhancing effect on a horse and that the absolute-insurer rule denies a trainer his or her due process rights because it guarantees they will be held guilty if any drugs are found in a horses’s system. Judge Wingate agreed on both points.

Marc Guilfoil, the executive director of the KHRC, said the commission will look into what course it may take.

“We are evaluating the opinion and the order issued by Judge Wingate in the Graham Motion case and are in the process of evaluating all legal options,” he said.

Though a ruling involving a thoroughbred trainer, the decision was widely hailed by attorneys who normally represent standardbred trainers. They believe it will give them added ammunition when fighting for clients who have had drug positives. For now, the decision applies only in Kentucky, but Robertson said it is certain that attorneys fighting for their clients in other states will use the Franklin Circuit Court ruling as part of their defense and ask courts elsewhere to also strike down the absolute-insurer rule.

“In most states this will untie my hands to look for a cause that would exculpate the trainer,” said horse owner and attorney Howard Taylor.

Taylor believes that the problem with the absolute-insurer rule is that it is so unwavering that it does not allow an attorney to present evidence that the positive was a matter of environmental contamination and not a trainer trying to improve the performance of their horse.

“This was the right decision,” Taylor said. “I understand the reasoning behind the absolute-insurer rule but it places an unreasonable burden on some people. For instance, I am representing a guy who has a positive test in Pennsylvania and he knows exactly where it came from. His horse came up positive for a drug he never heard of. The judges even had to look up what it was. It turns out the guy paddocking for him told him it was a medication he takes every day. He was paddocking the horse that day so the trainer knows exactly where it came from, yet the racing commission has charged this guy despite this. Pennsylvania has a trainer responsibility rule chiseled in stone and so does Indiana, but they should allow for a rebuttal presumption.”

While agreeing with and pleased by the Kentucky decision, attorney Drew Mollica believes the KHRC will appeal and he said it may be too early for lawyers representing horsemen to celebrate. Mollica added that he believes the portion of the case where the judge threw out the positive because it was in such a minute amount could ultimately be as important as the absolute-insurer finding. Motion’s horse tested positive 2.9 nanograms per milliliter of Methocarbamol. The KHRC threshold for the drug is 1 nanogram per milliliter. Testing methods have become so advanced and sensitive that labs are now able to find the tiniest amounts of drugs within a horse’s system.

“It was a gutsy decision by a good judge because this judge stood up and said, ‘Wait a minute,’” Mollica began. “He looked at the facts. For years in racing, they find you guilty, goodbye, that’s the end of the case. He looked into the science. The RMTC (Racing Medication & Testing Consortium) throws out these levels that are hogwash. There’s no science behind them. In the Graham Motion case, there’s no question that the trace amount found was so low that it is impossible that it could have had a performance-enhancing effect on that horse. The threshold level of 1.0 nanograms is out of bounds with science.

“What racing commissions have been saying is that even with contamination it’s still your fault. At some point common sense has take to take hold. We don’t live in a sterile environment, What happens if some knucklehead throws cocaine in your water bucket? The rule is too draconian.”

In a statement released Thursday, the RMTC wrote that, “the original study upon which this threshold is based was founded on sound science. The thresholds and withdrawal guidance provide the best information for compliance where an intravenous dose is given at 48 hours or more prior to a race. In fact, this methocarbamol threshold was revisited by the RMTC’s Scientific Advisory Committee (SAC) as recently as last year. Every time a new study comes out on any of the controlled therapeutic substances, the RMTC SAC reviews that data to ensure that the threshold remains relevant. The RMTC stands behind its recommendation.”

The RMTC also criticized the decision saying it, “has moved Kentucky backward in its regulation of horse racing – putting at risk the health and welfare of horses racing in Kentucky, the safety of jockeys and the integrity of Kentucky horse racing in general.

“Furthermore, the court’s mystifying ruling undermining Kentucky’s reliance upon the absolute insurer rule regarding trainer responsibility puts Kentucky out of step with other major racing jurisdictions and undermines its efforts toward national uniformity of regulations.

“The United States as a whole has moved away from the rebuttable presumption standard to the absolute insurer rule. Kentucky needs to move along with the rest of the country. This is the best way to ensure the integrity of the sport as well as the health and safety of racehorses.

“In conclusion, the RMTC vigorously opposes this decision and stands by the KHRC.”

Also known as the trainer responsibility rule, it was put in place largely so that a trainer’s defense could not be that he or she simply did not know how the drug got into the horse’s system or claim that an outside party might have doped the horse. Should a trainer now attempt that sort of defense, Taylor does not believe they will be successful, despite the Kentucky ruling.

“It’s not like they’re going to start letting people off left and right,” Taylor said. “It’s still going to be a matter of if you can’t figure out how something got into the horse’s system you will be held responsible. But if you do know what happened and can prove that something got into a horse’s system and it was not intentional or a matter of negligence they should be able to let you off. I use this argument all the time: You are the insurer of last resort, you are not the absolute insurer.”