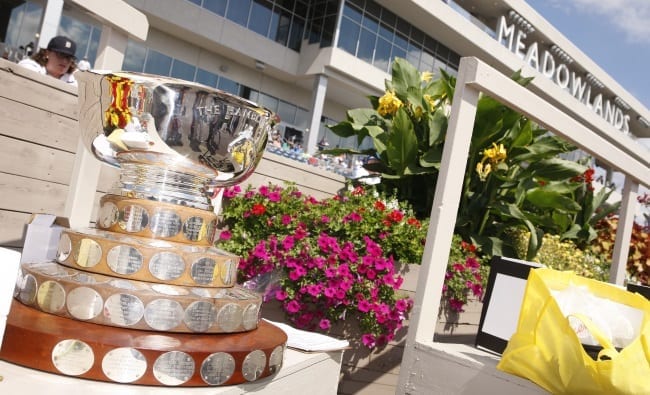 Hambletonian Day had it all

From superstar efforts to the “DQ”, once again Hambletonian Day was anything but dull.

I think Hambletonian Day 2017 was one of the most compelling I’ve seen in some time. We had not only a wide-open Hambletonian, where most could not even tell you who the post time favorite for the final was going to be, but also 15 other contests; many of which looked competitive.

Please allow me to count down a few things that happened Saturday afternoon that caught my eye; perhaps they caught your eye, too.

We might as well get this out of the way first, right?

First off, in my view the judges did exactly what they were supposed to do – disqualify a horse that clearly interfered with another horse. It didn’t matter that Jason Bartlett’s colt was backing up, or Perfect Spirit was drifting a little. It was a perfectly fine disqualification.

But it doesn’t mean we have to like it.

What the Hill, after a very subpar elimination, was driven masterfully (save for one brief nanosecond) by David Miller, and was trained up perfectly by Ron Burke. He was like a new horse in the Final, and he deserved a better fate.

I type this, taking nothing away from the connections of Perfect Spirit. Rules are rules, and they’re there for a reason. Perfect Spirit’s name is on the Hambletonian trophy, exactly as it should be. I’m as elated for them, as I am disappointed for Ron and David.

I’ll ask Ariana G and Perfect Spirit to forgive me in advance, but I thought the most riveting performance of the day was from Brian Brown’s Blazin’ Britches in the Shady Daisy. The daughter of Rock n’ Roll Heaven took the lead in a scorching half (with her ears pricked, like she was barely breaking a sweat) and went on to make a few pretty nice fillies look very ordinary in a ridiculous final time. I’m so excited to see what she has in store for us next.

Hannelore Hanover is 21 for her last 26, and looks capable any given race of tripping the timer in sub-1:50. She certainly never looks like she’s not a safe bet for a minus show pool. But she was not quite herself, and the boxcar payoffs followed. This game is never predictable, and Hannelore’s loss was another disappointment for the Burke brigade.

Ariana G romped in the Oaks, and did so with authority in a sparkling 1:51.2. She’s pretty incredible.

The Oaks, of course, immediately followed the two Hambletonian eliminations, which did not go nearly that fast. As one bettor quipped on twitter, “she’d be 3-5 in the Hambletonian Final.” And he was probably right.

You never know what the right decision is (or was) with a filly like that, and a bird in the hand is worth two in the bush. But, 3-5 in the Hambletonian Final sure has a nice ring to it.

There are three truisms of social media: One, you’ll probably know what someone thinks of Donald Trump, two, sooner or later you’ll tune that out, and three, if someone drives a horse questionably, you’ll hear about it, a lot.

Last week, after Ake Svanstedt’s drive with Resolve in the Spirit of Massachusetts Trot, the social media channels lit up like a Christmas tree. This week, after Resolve’s textbook victory in the Cashman, and Ake’s perfect drive in the Hambletonian with Perfect Spirit, the ship turned.

By now you’ve read all about Jim Takter’s big day with the trotters, but how about that pacer of his, Pure Country? This remarkably good filly was zero for six this year and we were beginning to wonder if she’d ever win a race in 2017. In the Lady Liberty she dug in like the game horse she is, all the while holding off another bearcat in Nike Franco. I’m happy for her, Diamond Creek and all the connections. What a fun mare to watch.

Sam’s first was a good one

Always B Miki and Wiggle It Jiggleit battles were fun, yes, but is there a better division to watch and wager than the older pacers? It seems any given week about five or six may get the job done.

In the inaugural Sam McKee, the very hard luck Check Six motored off cover for Burke and Gingras and took all the chocolates.

I have this weird feeling that Sam would’ve been happy with that win. It was a wide open, fun race, and with the disappointment of the Hambletonian result for the Burkes, it put a smile on some faces who likely needed it.

The Hambletonian delivers the goods

Total domestic handle for the Hambletonian card was $5.78 million, up about two per cent from last year. This is a solid number, especially since the underlying handle numbers across harness racing are down thus far this season.