Breaking down the uniform rules initiative 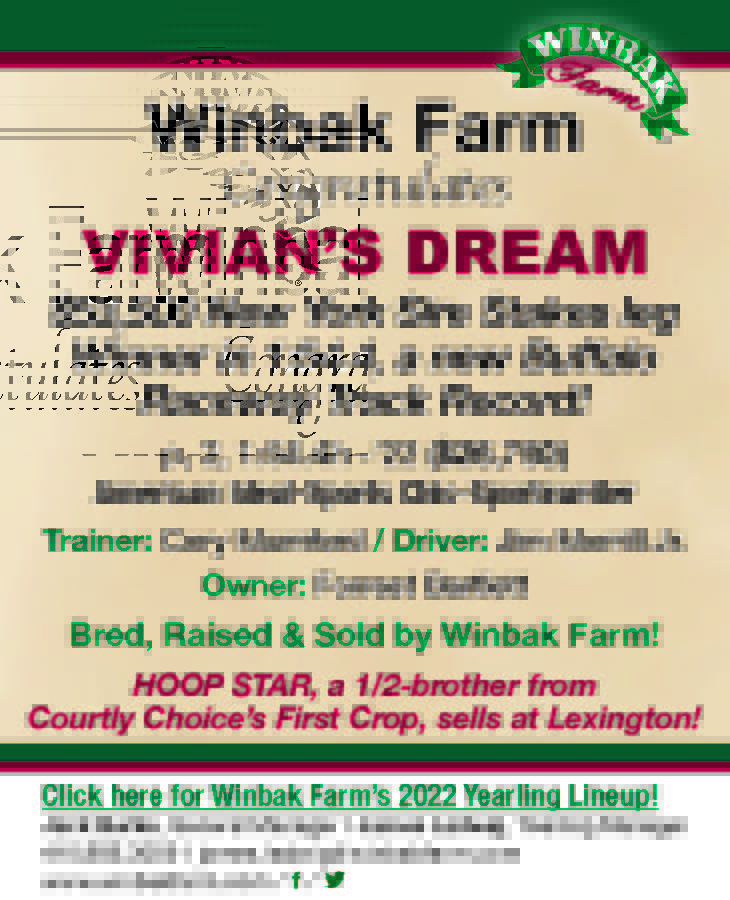 This week the U.S. Trotting Association announced a new industry-wide initiative in which it will seek to standardize rules across harness racing. An idea that was a long time coming – in particular from new Hambletonian Society president John Campbell who will chair the project – its announcement was timely.

In Saturday’s Meadowlands Pace, eventual race winner Huntsville unquestionably put his wheel to the inside of one pylon around the final turn into the stretch. Without an inquiry, despite the winning margin being only a neck, Huntsville was declared the official winner of the race. This set off a debate not only in the various social media channels, but many people on track thought for sure that at the very least the inquiry light would be lit up.

This isn’t to take anything away from Huntsville who was gallant in victory, but it points out that no one has any idea what the actual rules in harness racing are. The debate I previously mentioned wasn’t just a bunch of clueless nobody’s griping about a lack of an inquiry but rather these were conflicting viewpoints that included people who were formerly and are presently employed in the sport.

From the Meadowlands Pace program, the relevant part of the Hubless Rail Rules states “Driving a wheel inside of the pylon may result in a fine being issued by the judges.” But then it goes on to state “Any horse which races either over or inside the pylons, during any part of the race, may be placed at the determination of the Judges.” As if this rule wasn’t left to a tremendous amount of interpretation as it is, we have this from the U.S. Trotting Association rulebook:

The first two parts of the rules from the USTA on this matter are actually very straightforward. Paraphrasing, it says if a horse goes inside two pylons he is automatically placed behind all horses that were lapped onto it at the time, and if a horse goes inside three pylons he is automatically placed last. All easy enough. But what about just one pylon?

From page 63 of the current rulebook, “If, in the opinion of the Judges a horse while on stride, or part of the horse’s sulky, goes inside a pylon(s) and that action gave the horse an unfair advantage over other horses in the race or the action helped improve its position in the race, the horse may be placed at the discretion of the Judges.”

Because there was not even an inquiry, it was hard to know which rules the judges followed (until HRU received the judge’s explanation – see page 5). And whatever logic was used, it’s entirely possible that criteria used to determine if an infraction had occurred would be different had the race taken place in New York, Pennsylvania, or any other racing jurisdiction in the country.

No one would argue that when it comes to its rules, harness racing is a mess. Each jurisdiction having its own set of rules would be equivalent to the NFL having different sets of rules depending on which state the home team plays in. Imagine if in Philadelphia a football player needed to have two feet in bounds for a catch but then in Dallas a player needed only one foot – that’s the type of system that exists today in harness racing.

The good news is that Mr. Campbell is a good person to oversee this initiative. He’s spoken out in the past about the issues with varying rules from state to state and how it impacts not only drivers and horsepeople, but he recognizes the impact it has on bettors and the integrity of the sport. He’s also hinted at the need for a commissioner’s office similar to what exists in other major sports, and this initiative has the feel that it would be laying the groundwork for such a thing.

In addition to making rules consistent, the other part of the equation that Mr. Campbell spoke of this past week was clarifying the rules that are already on the books today. He said, “I don’t believe some of our rules are worded as well as they could be. That can make it difficult for the judges to rule consistently. If the wording were made more concise and definitive, it would be easier for judges.”

Again, Mr. Campbell is spot on. Even if we do have standardized rules, what good is it if judges from different jurisdictions – or even the same ones – interpret those rules differently? The rules should be written in such a way that nothing is subjective or left to interpretation. Races should be won and lost by the horses and the rules, not by judge’s interpretations of them.

Some topics that Mr. Campbell mentioned that the initiative will look at pertains to bettors. Things such as a fair-start pole, horses coming out of holes (I personally would add drivers giving holes), interference, are all matters that bettors expect and deserve consistency on.

Other items in my estimation that should warrant priority for review include consistency on the rules for breaking horses and the absurd rule in which horses can be disqualified for its driver setting “too slow” a pace. Although obviously not part of the U.S. jurisdictions, the rule in Ontario in which horses can be disqualified for a driver’s indiscriminate use of the whip is another rule that has to go. In general, bettors shouldn’t be punished for infractions that could be addressed just as easily by fining a driver. There should be consistency in these rules as well.

Everything about the initiative sounds great in theory, but what are the chances of a uniform set of rules being adopted by every racing jurisdiction? In addition to the pure bureaucracy involved in setting and agreeing to rules, why would individual states want to give up their power and cede it to the U.S. Trotting Association? Why would judges want to have their decision-making ability usurped? Mr. Campbell feels that the various racing commissions are now more likely now to defer to U.S. Trotting Association rules than in the past, but the receptiveness of each individual jurisdiction will remain to be seen.

Legitimate logistics and challenges of the implementation aside, there’s no question that a centralized set of rules that all tracks follow would be in the best interest of the sport for everyone.