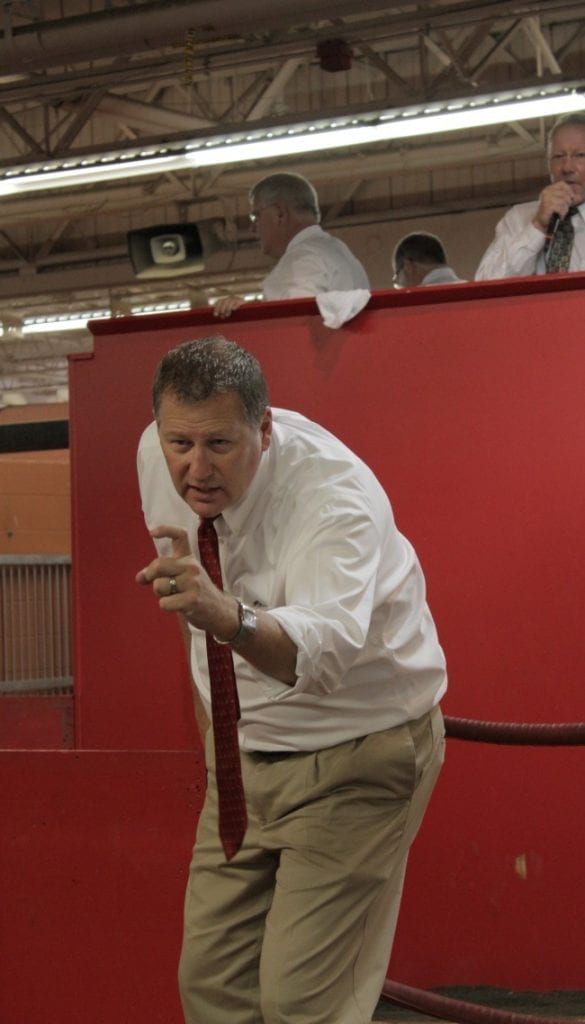 Of the 125 horses catalogued to sell at the Tattersalls Summer Mixed Sale on Sunday (July 16) in the paddock at the Meadowlands Racetrack, sale manager David Reid said 85 have raced since July 2.

“I can’t stress enough that the owners, buyers and trainers look for the updated past performance lines that are online (at http://www.tattersallsredmile.com) and distributed to local tracks,” Reid said. “Of the 85 that raced, 16 have won. So, it’s a high percentage of winners, it’s a high percentage of starters and I believe there are 28 horses, as of (Wednesday), that are in to go and will race between Wednesday and the 15th of July.”

The updated race lines are here.

A pdf of the main catalogue can be found here, a sortable roster can be viewed here and the outs list, which numbered 13 as of Thursday night, is here.

Reid said the sale company is extremely proud of its recent graduates.

“You have your obvious Rock And Roll World, Dr J Hanover, Western Fame et cetera, but there have been a lot of winners on all levels of claiming and conditioning races from recent sales and I think that’s indicative of the current cycle we’re in right now, that we’re selling a lot of horses and the majority of them are racing and they are going on to win for the new owners, which is obviously our goal,” Reid said, adding it’s a great weekend to come to the Meadowlands with a jam-packed Meadowlands Pace stakes card the night before the sale.

“It’s a good weekend of racing to come into town. There are some good races on Saturday night and the people can attend a horse sale on Sunday,” he said.

Reid will have the largest consignment at the sale through his company Preferred Equine Marketing, which will send some 80 horses through the ring. He pointed out a few notable horses, including:

• Hip 32, Bridal Suite, a three-year-old Cantab Hall mare out of Starlet Rules that has earned $55,733 and won on Tuesday night at Pocono.

• Hip 37 Crown Affair, a three-year-old Conway Hall gelding out of Chocolate Tiara that has won four straight at Saratoga.

• Hip 60 Mr Varsity, a three-year-old Roll With Joe colt out of Bronzer Babe that has shown promise.

• Hip 65 Papiamento, a three-year-old Somebeachsomewhere gelding out of Keystone Dawn that won a race at Pocono on Tuesday.

• Hip 89 JJ Flynn, a four-year-old gelded son of Western Ideal out of Allamerican Cognac, who has won two straight including a 1:50.4 mile.

• Hip 90 Maniana, a four-year-old Sportswriter mare out of Tomorrowpan that set a lifetime best mile of 1:53.2 on Monday at Yonkers.

• Hip 92 Nimble And Quick, a four-year-old Western Ideal gelding out of Cam Swifty that has won two straight and recorded a new career best in each of his last starts, including a 1:51.3 performance on July 9 at Philadelphia.

• Hip 113 In Secret, a five-year-old Deweycheatumnhowe gelding out of Secret Magic that has earned over $230,000 lifetime and won his last start on July 2 at Yonkers.

“I have two trotting mares that I like quite a bit. Southwind Pearl (hip 98), a daughter of Muscles Yankee who has pedigree and performance,” Boni said. “She should be pretty desirable item for a lot of reasons. (Muscle Hills) are tough to find and you don’t have to be very smart to figure out with the success that he’s had as a sire of stakes winners that his fillies will be successful.

“The other mare is South Side Hanover (hip 97). She’s a very, very nice mare. Strong page. Strong performance on her own and she comes in off a very good :55 flat qualifier just (Wednesday), :28.1. So she’s coming in off terrific form and is another one with a terrific pedigree, by Cantab Hall.

“They are both race mares with significant breeding upside.”

Boni also mentioned, “a very nice young pacer that is in the supplement, number 207, Joey Goodfellow. He’s a Roll With Joe, New York-eligible. He’s won a stake, the Excelsior Series this year and, just before then, he won in :51.3, :27.4 at the Meadowlands. Relatively lightly raced this year, but obviously a colt with talent and certainly should have a future.

“Then, there are very legitimate, proven older racehorses. Guantanamo Bay, coming in off a very strong qualifier and Beach Memories, a horse that’s won a lot of money lifetime, close to $750,000. He’s supposed to qualify Saturday at the Meadowlands. He’s a world champion and winner of $750,000.”

Boni said the sale is a good opportunity to scoop a horse that might fit well in another jurisdiction.

“I’ll say the same thing that I say before every sale… there are people that race in jurisdictions away from the Meadowlands, away from metropolitan areas – they do themselves a disservice by not finding the time to come to these sales to see what’s there. Every now and then there are horses that fall through the cracks, horses that don’t fit here, but would do well in Saratoga or Plainridge or Buffalo or wherever,” Boni said. “Personally, I think it’s irresponsible that certain people don’t find the time. This is what you do, if you can’t find the time to show up at a horse sale or make some calls or inquire, then you are doing yourself and your owners a disservice.”

Reid said he also encourages people to come to the sale, if possible.

“Geographically, it’s challenging for some and we’re going to continue the camera work and the sale will be videoed live, but if you can’t come, then send or arrange for a representative to bid on your behalf,” Reid said.