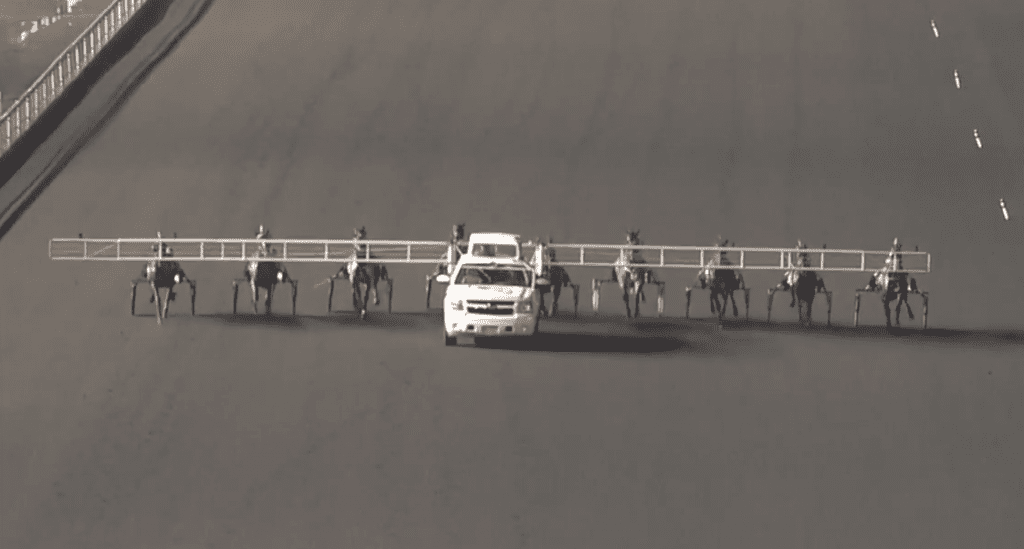 Buzzworthy: Crisis narrowly avoided at the Meadowlands on Friday

A situation that you don’t see every day occurred at the Meadowlands Friday night prior to race 9, and luckily a disaster was averted when the favorite Stealth Hanover had to swerve to avoid an outrider that was caught in no-man’s land for an instant as the horses approached the gate.

You can see on the video that the outrider somehow was in the middle of the track as a few horses still had to come into position on the gate and had to swerve first out to avoid the #5 horse Wygant Princess, driven by Marcus Melander, then jump back in when realizing #7 Stealth Hanover was coming. Stealth Hanover’s driver, Andrew McCarthy, deftly swerved around the outrider to avoid a potential collision course as the horses came up on the gate.

Stealth Hanover was momentarily delayed getting to the gate, but he recovered in time to get within about a half-length of the gate, then he broke just as the gate was about to pull away. With even money shot Stealth Hanover out of the picture, the complexion of the race was altered, as he is typically positioned near the front and was most likely looking for the top in a field where he was a top contender on paper.

Eventual race winner and second choice Hyway Marcus blasted right to the front and then took cover from the #10 horse Toss Cartwright, who was sent hard off the gate by Yannick Gingras. Hyway Marcus popped back out of the pocket on the final turn and trotted away to a win that it turned out would save bettors that used Stealth Hanover in the late Pick 4.

Five minutes after the race elapsed, the Inquiry sign was posted on the tote board and it was determined that Stealth Hanover would be refunded due to the incident that occurred with the outrider before the start.

In essence, the incident turned out to be a sort of “no harm, no foul” occurrence, but thankfully everyone was paying enough attention so that a serious situation was avoided.