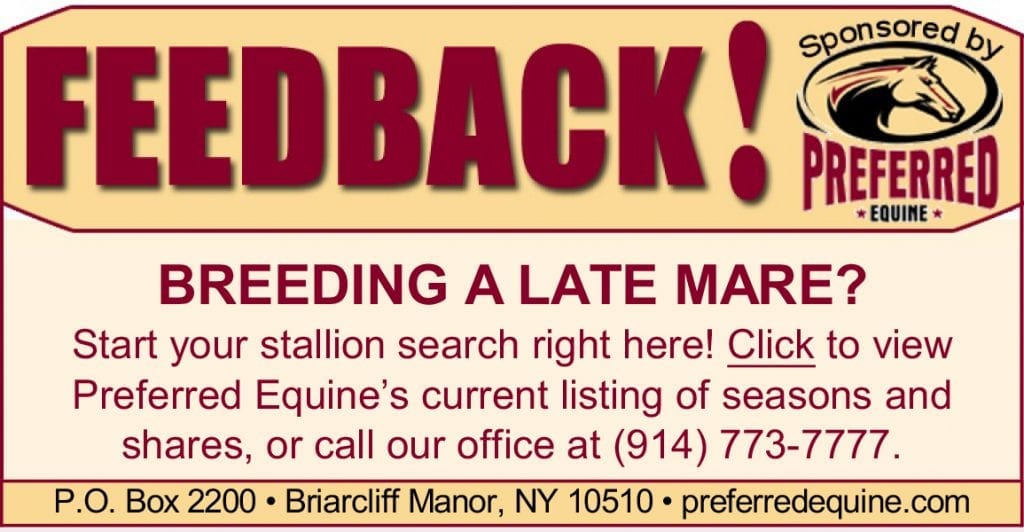 I just want to give a tip of my cap to Hollywood Heyden. His articles are amazing in their accuracy of our historic races, horses and people. He brings back many great memories for us old geezers.
— Kim Hankins / Executive Director Meadows Standardbred Owners Association

“Fake news. The other half of the entry was scratched lame out of the post parade first (which despite protests from some quarters was justified as the horse is extremely crippled) then the tote delay and barring from wagering followed. Another item of note was that the two horse was scratched before post time.

“NYS gaming law… if one half of a coupled entry scratches prior to post time after wagering has opened, the other half has to race for purse only. Happens at NYRA tracks on occasion. It has nothing to do with possible bridge-jumping. It protects bettors from getting screwed if they bet the entry and the half that they favored is scratched. If you have a Pick wager going and this happens and you are left with a horse with no hope, you would be mad.”