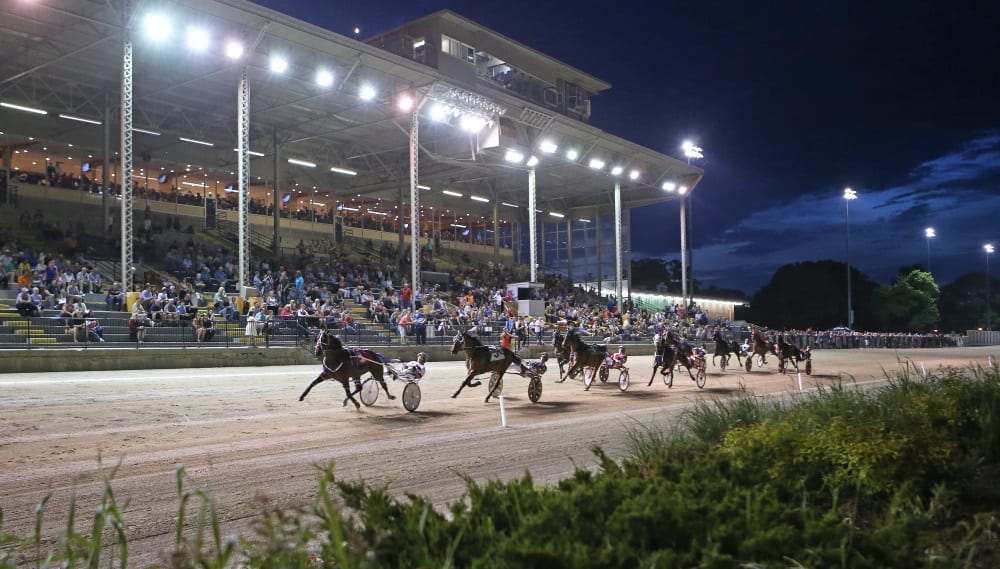 Western Fair should be rewarded for the effort

It angers a lot of us to see some tracks – especially those with slot machines — simply go through the motions. The Raceway at The Western Fair District is not one of those racetracks. So, why not bet tonight’s Molson Pace card?

At some time around 11 o’clock tonight in race 12, eight fantastic aged pacers will be rounding the turn ready to contest the $150,000 Molson Pace at The Raceway at the Western Fair District in London, ON. The card is excellent; the pacers and trotters and drivers and trainers contesting the races are top-notch. But this card, at this track, for me, is much more than that. It represents a lot of what’s right in the sport we call harness racing.

As most know, Ontario harness racing has had its ups (slots) and downs (the cancellation of slots), but you’d never really know when you look at Western Fair. It’s a racetrack that’s always had respect for fans, bettors and horsepeople; it has possessed an even keel. It’s just always been there, trudging along. In today’s harness racing, I think we can all agree that we can’t often say that.

Much of Western Fair’s goodwill lies at the feet of one of the good guys in this sport, Greg Blanchard. Blanchard has the respect of just about everyone, and in my view is a strong reason why handle has trended upward over the last several years. He’s never afraid to try new things, and even when his hands are tied he comes up with an idea or two to get around roadblocks.

For an example of this, let’s examine Western Fair’s signature bet – the Super High Five.

Blanchard and the team decided to brand the Super High Five not long ago. Because of high takeout at Ontario tracks (and with government control, these rates probably aren’t getting any lower), they knew they needed to offer the customer something of value. They got the rate passed at a very reasonable 15 per cent, making long-suffering harness bettors very happy.

Not long after, Western Fair looked at making the bet a little more interesting. They decided to card each Super High Five field as a mile and sixteenth affair, and add a second trailer. This would allow for more potential outcomes through the larger field size and more movement off the gate. In addition, it could spur more carryovers that would attract even more dollars.

For this to happen, of course, they would need approval of horse owners and horsepeople. In this day and age where we hear the words “I want my nose on the gate” so often, I wouldn’t blame you for thinking this would never get done. But it did. The horsepeople – likely because of the relationship they have with Blanchard and his team – said they were more than happy to oblige. You will be betting and watching nine horse fields in select races this evening, thanks to horsepeople and track management rowing the same boat in the same direction.

Thus far the new strategy seems to be working.

“The Super Hi-5 is capable of generating very large pools, especially when we have a carryover situation. A recent example was on May 17. We had a carryover of $8,500 into the late Super Hi-5 and horseplayers wagered more than $70,000 of new money into the pool. We have a situation like that a few times each month and it generates pools that we otherwise wouldn’t be able to,” Blanchard noted via email.

Another often-heard complaint by fans and some horsepeople is the lack of promotion of the sport, even on big days. Western Fair is not one of those tracks. For Molson Pace night, local radio is on-hand at the “Party on the Patio.” Promotions with the Ontario Sires Stakes, as well as home-grown promotions and numerous giveaways are all on tap. The dining room will be jammed and so will the tarmac. I’ve been to Molson Pace night; it’s a good time and there’s always something of interest for both long-time harness fans and newbies.

Guaranteed pools, new bets with low takeout, community outreach, good on-track amenities, a nice relationship with horsepeople, and solid promotion – they do all of these things at Western Fair.

The plant will do more than $40 million in handle for the second consecutive meet, which isn’t small potatoes for a small half-mile track. Not surprisingly though, when Blanchard shared those numbers with me he noted, “I’d like to see us be a $50 million track in a few years, maybe even north of that.” That’s the way this track thinks.

There’s a lot wrong with harness racing. We speak about some of that in this column each week. But if we could bottle what Western Fair does, I think we’d be a whole lot better off. Do yourself a favor and tune into the card tonight and bet a few dollars. You’ll be supporting a lot of what’s right in this sport.

Note – The Molson Pace itself could end up being a very interesting race, despite Yonkers bearcat Bit Of A Legend drawing the wood. There’s a lot of outside speed and the immortal words of dear Sam McKee, things “could get western.” If so, I like Fool Me Once to spring the upset. We’ll go with one of my favorite horses, Clear Vision to round out a boxcar exacta.

And, just because I have to, I will use both horses in the late double with Foiled Again. If I don’t put $2 on the grand old man when he makes the trek north of the border, I can’t call myself a harness racing fan.