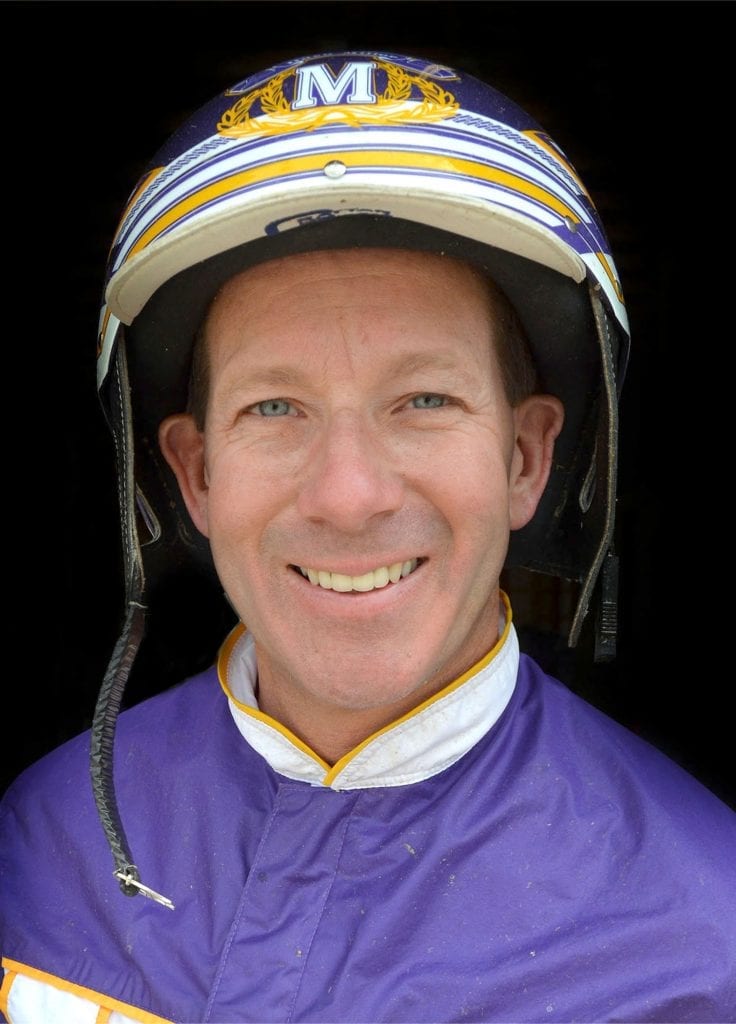 The two-time defending Driver of the Year said he’s knocked the Chester, PA oval regularly in the past for a poor surface, but he and other drivers have been pleasantly surprised with the five-eighths mile oval of late.

David Miller said he’s been one of the first to criticize the track conditions at Harrah’s Philadelphia, but this year he and other drivers have been pleasantly surprised with how good the five-eighths mile oval has been.

“I’ll admit, I’ve badmouthed the trackman for eight years, but the track’s good now and I need to apologize to him,” Miller said Thursday on his way to drive at the Chester, PA plant. “It really came down to the material.

“The whole track in general is way better.”

Miller, the two-time reigning Driver of the Year, said the biggest trouble with the track surface was in the first turn, which on a five-eighths also doubles as the last turn.

“Basically, it’s the same problem that every other five-eighths track has. That turn gets more use because you are leaving into it and finishing off of it, so it just needed more maintenance.”

Miller, a 52-year-old Ohio native who lives in Cream Ridge, NJ, is coming off back-to-back $12 million seasons. He has topped $10 million in earnings in 13 of the last 16 years. Last year, he drove both Horse of the Year Always B Miki and Betting Line, the Dan Patch winner for Three-Year-Old Pacing Colt of the Year. With both pacers at stud, Miller said he’s looking forward to driving their babies, including one of his own.

“I had a mare racing this year. We bought her with Richard Norman as a yearling and she got hurt and we got her back this winter and she went lame again, so we bred her to Betting Line and she caught,” Miller said excitedly.

As to whether Always B Miki’s connections might be upset that Miller chose Betting Line as the sire for his mare, Miller laughed.

“Miki’s got more than he can handle anyway. He’s very, very popular. We went to Betting Line.”

With career earnings of nearly $213 million, it is expected that sometime this year Miller will jump over retired Ron Pierce ($215 million) into second place on the all-time driver money list. John Campbell holds down top spot with earnings of more than $299 million, but will retire from driving this summer to become president and CEO of the Hambletonian Society.

In fact, Miller is scheduled to be part of Campbell’s final career drive slated for July 30 in the $15,000 Legends Day Trot at Clinton Raceway in Ontario.

It will be the ninth edition of the biennial Legends Day, but the first for Miller who said he was recruited by Campbell to join this year’s event that is raising money for the Clinton Public Hospital.

“John got ahold of me this winter around February and asked if I’d like to go. I said, I’d be honored to go.’ I’m happy to do it,” Miller said.

“Obviously, it great to see that people think of us in that way, that they look up to us,” Miller said of the fans. “Personally, I like going to (fan events) because I get to drive with the guys that I looked up to. To be considered one of them is a pretty big feather in my cap. It’s a great all-around day for me to have some laughs and get to hang out with the greats.”

Miller said Campbell has “been a real inspiration. He’s a great guy and driving with him for the past 15 years I know he’s also great on the track. What he’s done in his career is really unbelievable. I’m very happy that I’m going to be there (for his final drive).”

Asked for his favorite Campbell memory, Miller said in 2011 he was asked to drive a trotter named Live Jazz that Campbell owned.

“It was one of the times that (Campbell) got hurt and he was laid up for a couple of months,” Miller said. “(Live Jazz) was getting ready to qualify. (Campbell) got ahold of me and asked if I would go with him and I said ‘Sure.’ I qualified him and then they put him in to go and I raced him. I remember the first day that John got back to driving that horse was in to go and he had put me back down on him so that I could win with him… John was there in the paddock and I always thought that was pretty damn good of him to do that. That was very fair, after I had qualified him and raced him… He was in as the favorite and John left me on him while he was there. I always thought that was really neat.”