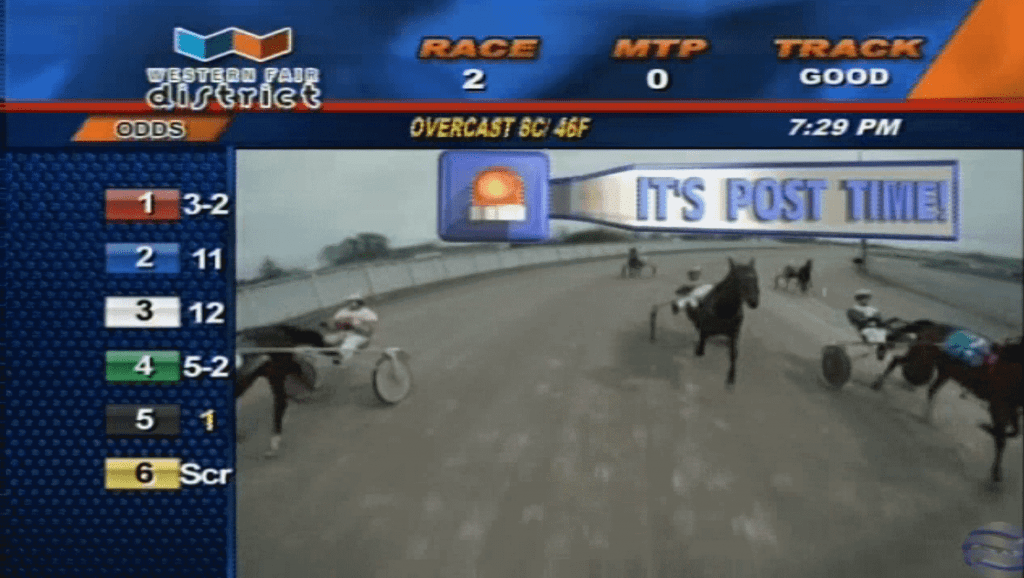 There were several performances that could obviously be hailed as buzzworthy this weekend, the most obvious being the sensational return effort of last year’s two-year-old champions Huntsville and Walner. The former blasted his rivals in 1:50.3 over a sloppy track at The Meadows in his season’s debut racing in a division of the Pennsylvania Sires Stakes. Walner – this summer’s Hambletonian favorite – trotted an impressive qualifying mile, winning in 1:53.1 (final 1/4 :26.3) while under no urging.

So, while these two superstars certainly deserve some buzz, there will no doubt be volumes written about them both now and all year long and there is a horse and trainer that caught my eye on Friday night in London, ON whose story is also worthy of mention.

Five-year-old trotting gelding J N Ryder had raced 70 times with nary a visit to the winner’s circle leading up to Friday night’s start in a non-winners of one race or $20,000 lifetime dash at The Raceway at Western Fair. For the past 63 of those starts, the Angus Hall gelding out of the Muscles Yankee mare JN Daytona had been trained by Salvatore Sansogno, who also took over ownership in January of 2016.

Together, this duo went postward as kindred spirits of sorts, because neither horse nor trainer had ever won a race. J N Ryder was Sansogno’s one and only horse that he had ever started in a race, and together they had built up an 0-63 record with six seconds and seven thirds and more than $40,000 in earnings.

J N Ryder had a few close calls, the most recent being a loss by a head at Flamboro Downs in April with Scott “The Answer” Young driving. Young had driven the gelding to two second-place finishes and a third in five steers since taking over the driving duties on April 1. Perhaps that’s part of the reason why the public sent an 0 for 70 maiden postward as the even money favorite, despite facing two rivals in this five-horse field that had won nine races between them in only 22 starts. Liam Needsome sported a five-for-14 slate while P C Pipe Dream had won four-of-eight starts, including a Grassroots win at Mohawk Racetrack last year.

But this would be J N Ryder’s and Salvatore Sansogno’s night, although things looked a little shaky at the start. When the wings of the gate folded open, J N Ryder appeared to be funky-gaited, but Young managed to keep him trotting and they left second behind P C Pipe Dream. Prior to hitting the opening 1/4 in :30.3, Young pointed the gelding to the front and after stealing a :32 second 1/4, they had enough left to fend off Liam Needsome’s first-over challenge and trot their way to a 2:02.4 maiden-breaking score. It was a nice driving job by Young, who is really coming into his own this spring.

While there were several superstars on display this weekend, J N Ryder is a star in Salvatore Sansogno’s eyes and this story — while not front page news — is certainly worthy of some buzz.