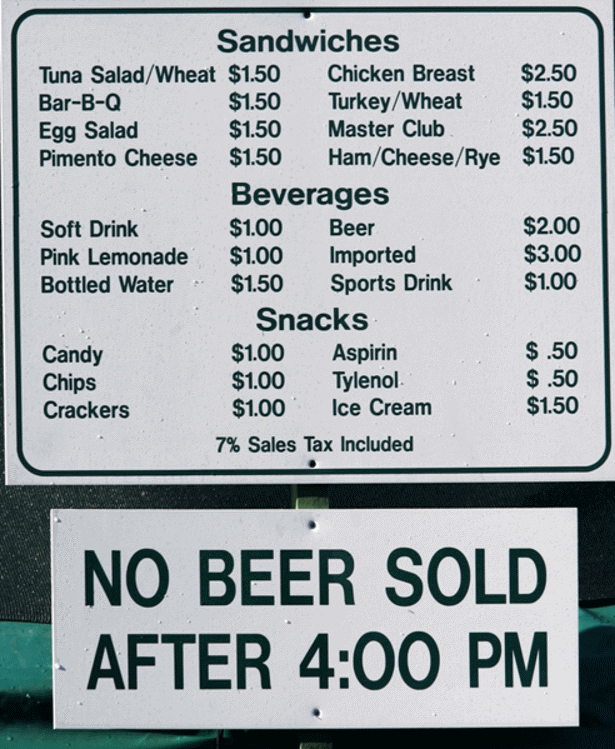 Owners and bettors long for The Masters treatment

Long-term thinking with a focus on players and customers is front and center at Augusta National, and it has worked.

I noticed a couple of items this week in harness racing that made me shake my head.

First, I saw a story at Harnessracing.com about a Rene Allard horse at Woodbine receiving a positive test. No details were given, and the public was pretty much in the dark. Later it was revealed (full story here) that Allard — the leading trainer north of the border with 27.5 per cent strike rate — received a positive test for Codeine and Morphine, and according to an Ontario official, “is not under suspension at this time.”

Meanwhile, I heard from an associate that he uncovered that takeout rates north of the border (for simulcast tracks) had been increased. This scornful, often-hidden practice results in customers dumbfounded why a trifecta that pays $301 at Keeneland can suddenly pay only $275 at Woodbine; why Friday night at the Meadowlands a superfecta in race 4 can pay $604, but only $557 at Woodbine. It has nothing to do with exchange rates, or taxes, it’s simply Ontario taking more money from customers, angering them in the process.

Conversely, when it comes to participants and customers, things are different elsewhere.

Masters Sunday is upon us, and millions will be tuned into CBS to see who is crowned the 2017 champion. This tournament is now a “tradition unlike any other.” But it wasn’t always one.

Back in 1934 when The Masters was first played, they couldn’t even give tickets away. By 1939, the tournament was reeling, when only 46 players out of 72 accepted an invitation to the event. Attendance continued to be microscopic, and the players seemingly couldn’t care less about this southern get-together.

At that point, Masters management decided that if the tournament was ever going to thrive, they would (according to David Owen in Golf Magazine) have to “obsessively focus on spectators.”

The strategy was fairly simple: If they can get fans to patronize the event, revenue will increase, purses will increase, players will be climbing over each other to qualify, and the buzz and interest will work in synergistic fashion to build a world-class golf brand. The Masters began to invest in this vision in several ways.

Fans (and players) did not like the 36-hole Saturday finish that was prevalent in professional golf at the time. The Masters braintrust listened, and went to 18 holes on Saturday, and 18 on Sunday, just like we see today.

Fans complained that going to a golf tournament wasn’t much fun, because they couldn’t see and follow the play. To combat this, they constructed grandstands (the first golf tournament to do so) with good site lines. They also were the first tournament to rope off fairways so fans could see tee shots land, and approach shots taken.

They invested in telephone cables, buried throughout the property, so another new idea, scoreboards strewn about the grounds, could be updated in real time.

They were also the first golf tournament to hand out pairing sheets and course maps, for free, while admitting fans to the event.

Players were treated to more than green jackets, they were treated like gold. If you were invited to The Masters, you learned through an almost regal invitation. If you won The Masters, it made you feel like you’ve done something very, very special.

You’d think by today that vision would’ve changed, but it hasn’t. Masters chairman Billy Payne was recently asked what he had planned for ‘next year’. He answered that at the Masters they “plan for 20 years down the road” not for tomorrow. Just this year the way fans are filed in and out of the tournament was enhanced, to make their experience better. The Masters team began purchasing the land to accomplish this task in 1997.

Twenty years down the road they might change the prices on the menu – which haven’t changed much since the 1970’s – but nickel and diming folks isn’t in the vision (heck, they even pay the sales tax for you), so I wouldn’t bet on it.

Think of what all of the above says to fans and players. It tells them directly and with no equivocation: “We want you” and “we’ll do everything in our power to keep you.” This is why there are scores of fans, at this very moment, filling out a form to be a part of a waiting list for 2018 tickets. This is why there are eight-year-olds running to a course for another lesson, right now; so one day they might be invited to the event.

For a potential horse owner with, say, $400,000 of savings to invest in racing at a yearling sale, this sport says something completely different to him. He sees that a trainer who has a Class 1 pending could be racing against his horse tonight. He hears that a trainer who Jeff Gural has banned from the Meadowlands is racing at other tracks, like it’s nothing. He sees rap sheets longer than his arm; he sees appeals; he sees stays; he sees lawyers. He sees a sport that can’t control itself.

We all didn’t just fall off the turnip truck, so we are well-aware why these stays and other legal intrusions are apparent, and at times, needed. But think of what that potential owner sees, not what we see. Would you invest $400,000 of your hard-earned money in horseflesh reading what you read, or would you choose to invest in something else instead? There’s a reason why foal crops are down, while purses are up the last 30 years, probably making economist Adam Smith spin in his grave, wondering if he had it all wrong.

After you put yourself in that man’s shoes, strap on a pair of flip flops worn by a customer betting Pompano Park at Woodbine tonight via simulcast. When she sees a ticket that anyone else in North America wagered paying $40, or $80, or $480 more than the one she holds, how would you expect her to feel? Would you feel like The Masters patron, or someone that’s being used and taken for granted? Wouldn’t you feel cheated?

Think if you’re a smart young person, with math skills, looking for a gambling game to play; a game you may play for a lifetime. You heard takeout in racing is high and it makes the game almost impossible to beat, but you decide to try it anyway. Then you see Ontario racing is charging you an even higher rate making the game even more impossible to beat. Poker, anyone? How about offshore wagering, where nothing returns to harness racing at all?

Marketer Seth Godin wrote a great set of rules in one of his myriad books, which listed exactly what brands should not do to grow.

“Collect money as though you’re in the long-term relationship business, but in every other way, act like you don’t expect the relationship to last,” can aptly describe what harness racing does with takeout rates, and the short-term nickel and diming we see in places like Ontario.

“Give your customers a product that causes them to be ridiculed or shamed by people they hope to impress,” can probably describe what you and I go through when trying to sell a piece of a yearling to others. We often get looked at like we have six heads – “why would I want to invest in a game like that where the inmates run the asylum and I look like I’m condoning it?”

Like it or not, fair or unfair, that’s how harness racing is being sold to people both in and outside the sport. And it needs to change.

Perhaps getting back to basics — like The Masters did in 1940 — could solve some of these problems. Heck, at this point it probably couldn’t hurt.