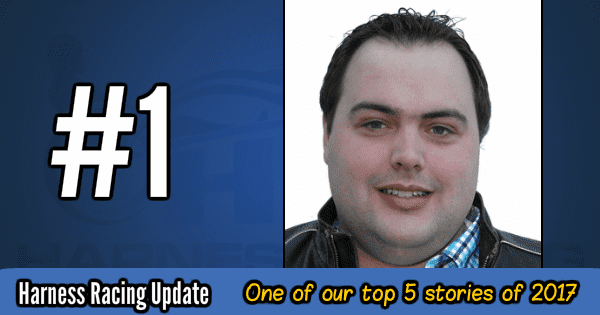 Allard horse receives positive for Codeine and Morphine at Woodbine

Canada’s leading trainer is not, yet, under suspension, but has no horses entered this weekend at Woodbine a week after racing 16 at the Toronto track.

One Too Many, a horse trained by Rene Allard, has received a positive test for Codeine and Morphine — both Class 1 drugs — following a March 18 race at Woodbine.

Brent Stone, director of racing for the Alcohol and Gaming Commission of Ontario (AGCO) confirmed the positive test and added via email that, “Mr. Allard is not under suspension at this time, only the horse is suspended for the 90 days.”

Stone said that a trainer “found guilty” for a positive test for any class of drug “may” be fined and suspended, but “Mr. Allard still has to have his judges’ review on the positive. This will happen at a later date, (but) no date has (yet) been set for the judges’ review.”

When asked whether the Woodbine Entertainment Group (WEG) was still accepting Allard’s entries, Jamie Martin, the executive vice-president of racing for WEG declined to comment.

Over four cards of racing at Woodbine from Thurs., March 30 through Mon., April 3, Allard raced 16 horses at the Toronto track, and posted a record of 6-2-2. Not a single horse trained by Allard is entered at Woodbine over the four cards from Thursday through Monday this weekend.

Allard-trained horse Julerica tested positive for the Class 1 drug Oxycodone in October of 2016 at Mohegan Sun at Pocono Downs. The trainer was initial handed a one-year suspension and a $5,000 fine, but the fine and suspension has since been rescinded by the Pennsylvania Horse Racing Commission (PHRC) due to “mitigating circumstances.” However, the purse money erned by Julerica in that race has been returned.