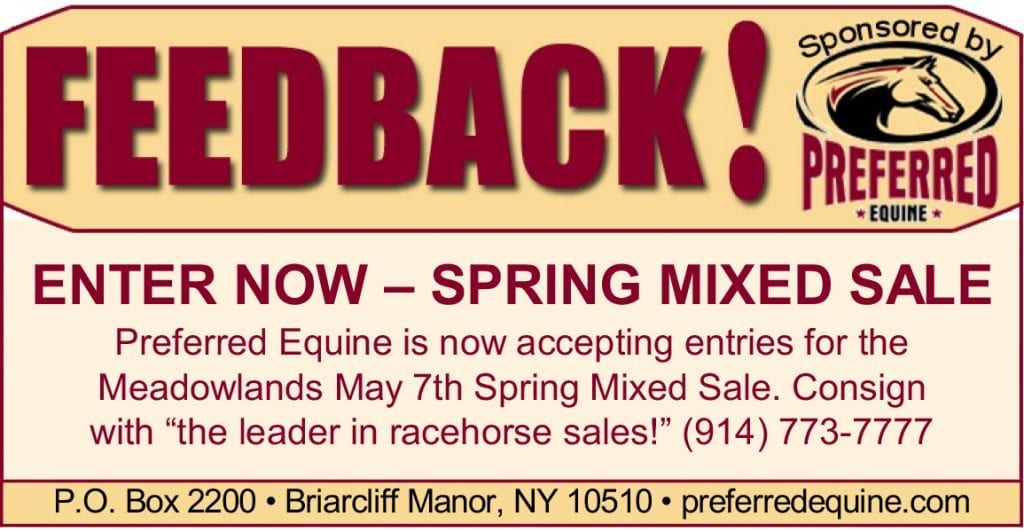 I got my chuckle for the day after reading the Joe Faraldo article on “beard trainers” (full story here).

My first question is why does the word “beard” always show in quotes like it’s a foreign, mythical, false concept?

If it were “fake news,” it sure has gotten an awful lot of traction for an awfully long time.

If fact, the industry can’t seem to shake it. Why?

Or is it because it’s real?

I can’t drive back to whatever farm the newest “flavor of the month” trainer works at, nor can I or most of us hound the guy or gal on the backstretch or paddock trying to find out who is pushing THEIR buttons.

Like the old saying goes, “I can’t exactly define cheating but I know cheating when I see it.”

I know when some guy falls off his barstool and takes over for a prominent (cheating) trainer who gets suspended and subsequently wins about 40 per cent of his next 200 races that he is probably that mythical “beard.”

It’s rather like finding a young kid who is five minutes out of law school who gets all of the top cases of a top New York City law firm and wins them all and makes other established lawyers look like fools. Have you ever seen THAT happen, Mr. Faraldo?

Yet, we are supposed to believe that some kid fresh off the bench can put up absurd training numbers, and this seems to happen with regularity these days.

As for all of the listed requirements listed like the place of training, employees, paid bills, vets etc., do you really say this with a straight face?

Hasn’t every paper trainer in history had bogus addresses and records to show the one or two investigators that work in the United States?

Here’s a hint: It’s not that hard to get around those sleuths.

Here is an effective tactic that would work: If you get caught bearding or using a beard while on a suspension, let’s try a huge fine (good) and jail time for fraud (best). Nothing in between. And nothing less.

I would think that the one or two prominent lawyers that are on speed dial in this industry would love this concept. The phone would keep on ringing.

Sorry guys, the horse is out of the barn (so to speak), the well has already been poisoned, you can’t unslap a face or be a little pregnant, or any other cliché you want to use.

All of this should have been dealt with years ago and wasn’t.

I still don’t know if I blame the apathy on the USTA or the local jurisdictions or anyone else, or everyone gets a share.

Trying to save something with stage 4+ cancer is pretty impossible and if you catch it at stage 1 or 2 you can win.

Draw your own conclusions here.