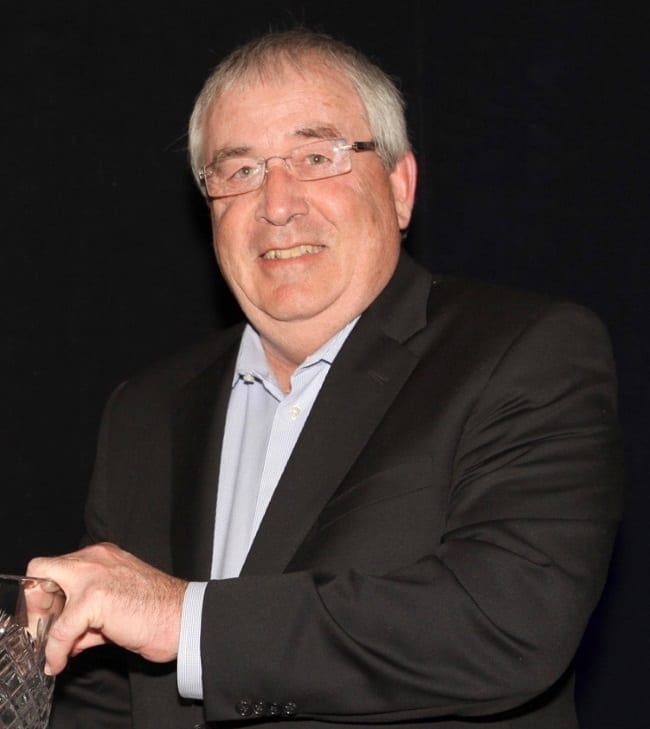 Some 10 years after one of Ontario’s biggest commercial breeding operations closed its doors, its proprietor, Jim Bullock, is rebuilding an elite trotting broodmare band at a new location in the province.

Jim Bullock couldn’t sound more pleased to be carefully building a top-notch standardbred broodmare band in Ontario and to be completely renovating a thoroughbred farm he purchased last June near the town of Erin to provide a home for his mares.

“I would say it is two-thirds passion and one-third business,” Bullock said when reached at his Florida winter home. “I think we can cover our costs and make a little money if we have some luck. I enjoy it very much.”

About 10 years ago, Bullock shut down Glengate Farms as commercial breeding operation that was one of the largest in Ontario and home to stallions Balanced Image, Apaches Fame and Angus Hall, among others. At its peak, Glengate had some 70 mares. Coupled with the closure of Armstrong Bros. farm in 2004, the loss of Glengate — located just down the road from Mohawk Racetrack in Campbellville — was a huge blow to the province’s breeding industry.

Bullock, 72, has kept his hand in the game since then, but now Glengate is making something of a comeback as a breeding operation in a new location near Erin, ON.

“I’m not up to Katz and Libfeld,” Bullock said of Ontario breeders Marvin Katz and Al Libfeld, who have, arguably, the best broodmare band in the province and were named the breeders of the year in both Canada and the United States in 2016. “But I thought (with trotters) there was a niche in the market when so many people either downsized or got out.

“We’ve got room on the farm for a total of 37 or 38 broodmares. I’ve upped mine to just over 20… Close to 90 per cent are horses that we bought as yearlings. (Trainer) John Bax and I, we raced them and then retired them to the broodmare band. Even going back to when I was operating a large commercial farm, I found the best broodmares I had were those I bought as well-bred yearlings, raced them and had some success with them and then converted them to broodmares. That’s the Pepi Lavecs and Gramolas of the world.”

Bax said few people in Ontario have a trotting broodmare band as nice as the one Bullock has assembled.

“The bulk of us agree that if you are going to be a breeder in Ontario, and raising between 10 and 20 yearlings, you’re going to hope to get a sale topper that’s at least a six-figure yearling. And those are hard to produce in Ontario for Ontario buyers. The sale toppers are usually in the $70,000 to $80,000 range. There’s nothing wrong with that, but it’s a game of averages, as you know. For every $190,000 one we sell, we sell one with a big hock for $8,000. It’s an average thing,” Bullock said.

“Initially, I thought I would just raise my own yearlings (to race), but I think it’s better to raise and sell them and buy what you want. Then you can diversify your band.”

Bullock credited Susan Zammit for doing a “great job” looking after the broodmares and raising the young horses.

“We had a very successful season last year and I’ve got a great arrangement and partnership with Sue,” he said.

He has similar kind things to say about his partnership with Bax. Bullock said he and Bax have campaigned horses together for nearly 25 years.

“I’ve had horses with other trainers and, not taking anything away from anyone else, but I probably wouldn’t have the substantial involvement in the business that I have today if it wasn’t for John Bax,” Bullock said. “I just really enjoy being in business together and we’re great friends. He’s a wonderful individual.”

Bax said he would dearly love to win a Hambletonian or Breeders Crown with Bullock (he won the 2001 two-year-old trotting colt Crown with Duke Of York for Katz, Libfeld and Sam Goldband).

“His goal is the same. Jim wants to be the best and have the best, so that part is really nice that we are both aiming for the same thing,” Bax said. “It’s one thing to make a living in the business, but once you get a little taste of playing in the big leagues, you thirst for that again. Just to go through the motions and get a monthly bill, it isn’t enough for me. It would be like running up and down the road five nights a week to have overnights and claimers, it’s not where I want to be and it’s not where Jim wants to be. So, in that aspect, it’s been a great marriage because our philosophies are very similar.”

Bullock was president and CEO of Cadillac Fairview Corporation between 1987 and 1993 and held the same title at Laidlaw Inc. from 1993 to 1999. He is also a former board member at the Woodbine Entertainment Group and has been an instrumental behind-the-scenes liaison between the province’s standardbred breeders and the government. Bax said Bullock’s business prowess has helped the two of them chase those big stakes dreams.

“It certainly allows for, when I go to the sale, having a little more firepower,” Bax said. “We’re on the same page as far as wanting to buy quality, but still getting value. With his end game being quality fillies, whenever we see a filly that he thinks has the pedigree, I will look at the conformation. I don’t have the resources, but he certainly can step up if I deem it to be a can’t-miss prospect. So, it works well.”

Bullock said the secret is going with the best quality mares he can get.

When Bullock began to rebuild his broodmare band, he looked near where he lives on a 120-acre hardwood bush property on Fourth Line near Erin, ON. He found a former thoroughbred breeding farm about 10 minutes away.

“We spent last summer and fall renovating the barns. The property didn’t have a house on it, so I built a house, as well. Sue has relocated there, but kept her other farm. My farm is her broodmare facility, which she leases from me. The other farm in Rockwood is being used as a turnout facility,” Bullock said. “It’s a pretty nice farm. We’ve got 87 acres and, unlike a lot of farms, it’s high-rolling land and it is also mostly open. There’s a treed section in the back corner, but we’ve probably got 75 clear acres to use so we’ve got lots of room for horses. We’ve re-fenced most of it and rebuilt the barns from scratch and built the house.

“Like all construction projects, it got a little over budget and behind schedule, but we’re pretty happy with the results. I think the barns are very nice. They are 15-foot stalls, so you aren’t going to get a mare stepping on a yearling.”

Fittingly, the old Glengate location is now owned by Bax, who left his native Peterborough in 2015 to move closer to Mohawk and the majority of Ontario’s harness tracks.

“John said to me one day that he was interested in moving down closer to Mohawk and he’d looked at a couple of farms and didn’t see any that he liked,” Bullock said. “So, I said, ‘if you’re looking, why don’t you buy this place? We had about three conversation and we did the deal sitting in my car one day and shook hands on it. It was a pleasure to do the deal with him and I was delighted that it worked out so well for him and it was a happy solution for me as well. I kept my office there for a year or so afterwards, because John didn’t have an immediate need for the office.”

Bax said he wouldn’t have made the move without his 27-year-old son, Matt, becoming involved in the business as his second trainer. Now, the elder Bax is thrilled he made the move. The 115-mile drive back and forth through Toronto from Peterborough most nights had exacted a toll.

John is currently training eight horses in Florida. Matt is working with 28 horses that are based at the old Glengate Farms. As for the new farm, Bullock said the Glengate name would live on as the breeder of the horses it produces.

“The one we are kind of waiting with bated breath for at the moment is Juanitas Fury, who made just over $400,000 for John and I. She’s in foal to Muscle Hill and due in about 10 days. She’s going back to Father Patrick,” Bullock said, the excitement palpable in his voice.

John Bax said it’s good to hear his old friend enjoying the business so much again.

“He’s at a point in his life where he deserves to be able to enjoy it,” Bax said. “Good for him that he can do that and it’s great for me and it’s great for the industry that he’s that passionate about it and gets a thrill out of it. It gives his life meaning, I’m sure, and it rubs off.”