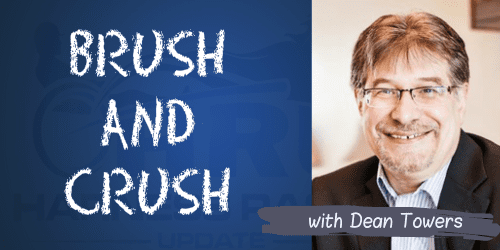 The world won’t end if the sport eliminates inquiries

A cousin I hadn’t heard from in a while called me this week. Doug’s a football bettor and he wanted to talk about the NFL playoffs, and the chances of the two remaining teams.

At one point we circled back to the “Dez Bryant catch/non-catch” a few years ago in the Dallas-Green Bay divisional championship.

“I hate replay,” he told me forcefully.

We both felt that replay timeouts have made the game longer, and have negatively influenced something important to both of us – smooth game flow.

Doug and I also agreed that in the last two minutes of a close game – a “two minute drill” that depends on quick thinking and a quick pace – was being ruined with these fits and starts. Often, a two-yard completion (that’s completely inconsequential) is sent upstairs to the booth for review and there’s a delay, probably accompanied by a commercial, right when the game is at its drama zenith.

“Goodell says it’s most important to get things right, but I think that’s missing the point,” said Doug. “One, they still get calls wrong, and two, I can handle an official being wrong once in a while, because it changes the entire viewing experience for me. It doesn’t feel like football.”

That got me thinking about a change some horseplayers have floated from time to time in horse racing: The need to eliminate inquiries. No, not limit the time it takes to post a placing change, or tweak them, but completely take them out of the betting side of the sport. This is heresy to many in the sport of harness racing – major change is not usually met with open arms by those in charge — but I always thought the idea had merit.

The current inquiry system is something we’re all familiar with. A driver veers out and possibly interferes with a horse. The horse might’ve finished third with no interference, but came fifth. The potential offending horse finished fourth, and his number flashes.

Then, the watching begins.

“I saw the same thing happen at Cal Expo last week and they left the horse up,” says Bob. “But, I saw the exact same infraction at Monticello two weeks ago and they threw out the horse.”

Everyone else at the OTB just shrugs their shoulders (“oh, it’s an inquiry”) and looks for another track to bet.

Then the number stops flashing and the video is stopped. They left the horse up.

“I think it’s the right call.”

“The judges are blind!”

“The judges are great!”

I swear, if Hollywood filmed these customer exchanges and made a documentary, the general public would think we’re all crazy.

Interference is and always will be a judgment call. A good deal of the time the result is near a coin flip and it’s not science or fact. There were arguments and hand-wringing; the flow of the card was interrupted almost nightly, while the result is almost random at the best of times. In the worst case scenario – because the judges are under time restraints to make a call – sometimes they make the wrong one, and it’s turned over a month later on appeal. Really, what purpose does this serve?

I don’t think this would even remotely shake the foundations of horse racing. Customers lose bets all the time when a positive test is called a month after the event and another horse is moved up to the winner’s slot. You don’t hear people complaining about it, because everyone is used to it. They’d get used to this change, too.

Clearly, horse owners and participants are a different kettle of fish. Inquiries would still happen (and the rules of racing still adhered to) but they would be adjudicated after the race, or even after the card. This not only gives the judges more time to accurately make a decision, the trainers, drivers and owners involved could sit in as the judges review the footage. This system would probably stop appeals, which we see periodically, saving the harness racing business much-needed funds.

Again on the participant side, I suspect it is perfectly reasonable to leave the current system the way it is for stakes racing. Getting a picture taken, having a clear winner chosen and the racing media reporting the correct winner in real-time seems logical.

If this policy was enacted tomorrow I think it has its benefits.

Who knows, in 20 years some young harness fan on the tarmac might utter the words, “what’s an inquiry?” At that point an old timer would look over and tell him a story about the way things were.

“You sure did weird things in the old days,” the whippersnapper might reply.

Yes, perhaps we did.