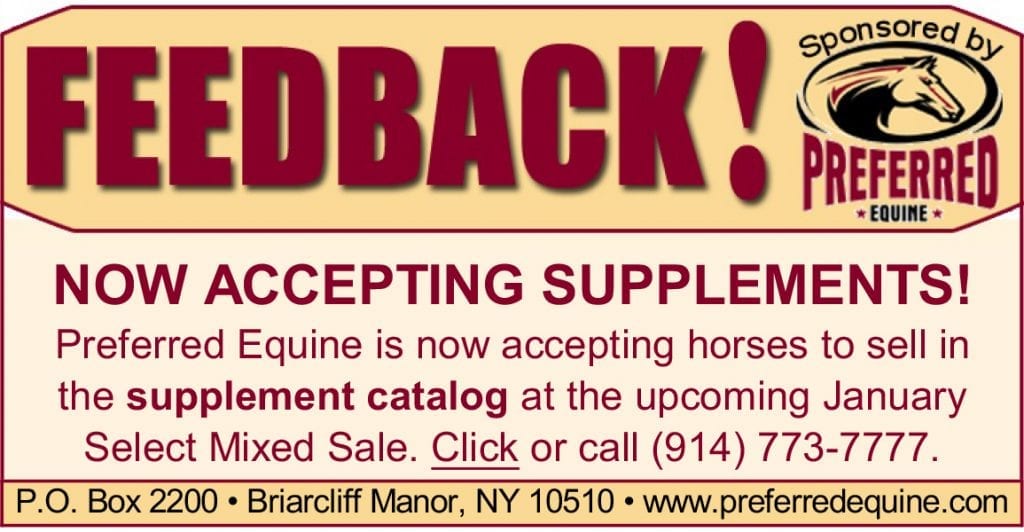 The Golden Age was golden…

Loved Joel’s article about the old days (Joel Kravet, The Golden Age – HRU, Dec. 30)
Herve was, by far, the best driver. I could tell you stories about owners I knew that told me they liked their horses on a particular night, and somehow they would get beat in the last few steps by Herve. He always knew who his competition was and how to beat them any time he wanted.

No one could compete with Herve on the racetrack.

… or not so golden

I must take exception to the words of Joel Kravet in his “The Golden Age” column headlined “Herve Changed Everything” when he states “Herve was leaps and bounds ahead of the best drivers in New York.”

As a regular and first hand witness in that era, this is not only an inaccurate statement but a disservice to Sholty, Gilmour, Abbatiello, Chapman, et all, who were every bit the equal to Filion, and in my opinion, in many instances superior and for a variety of reasons.