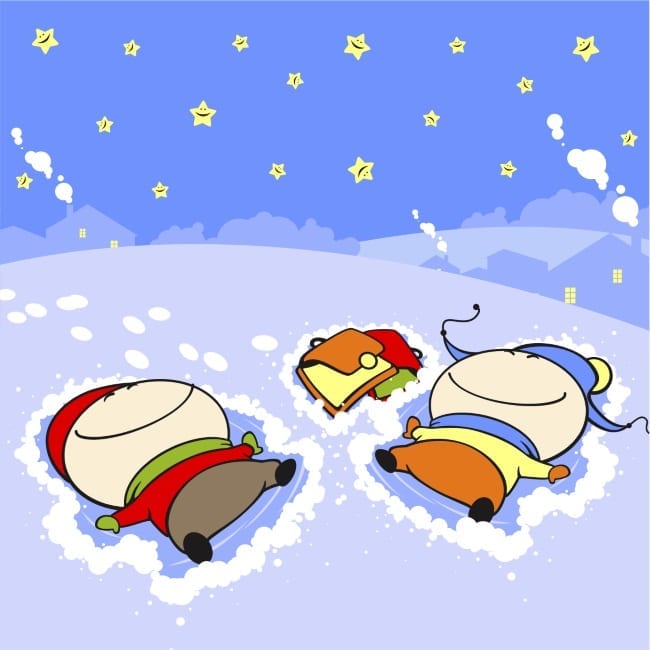 A Cracker Jack Christmas for Thomas 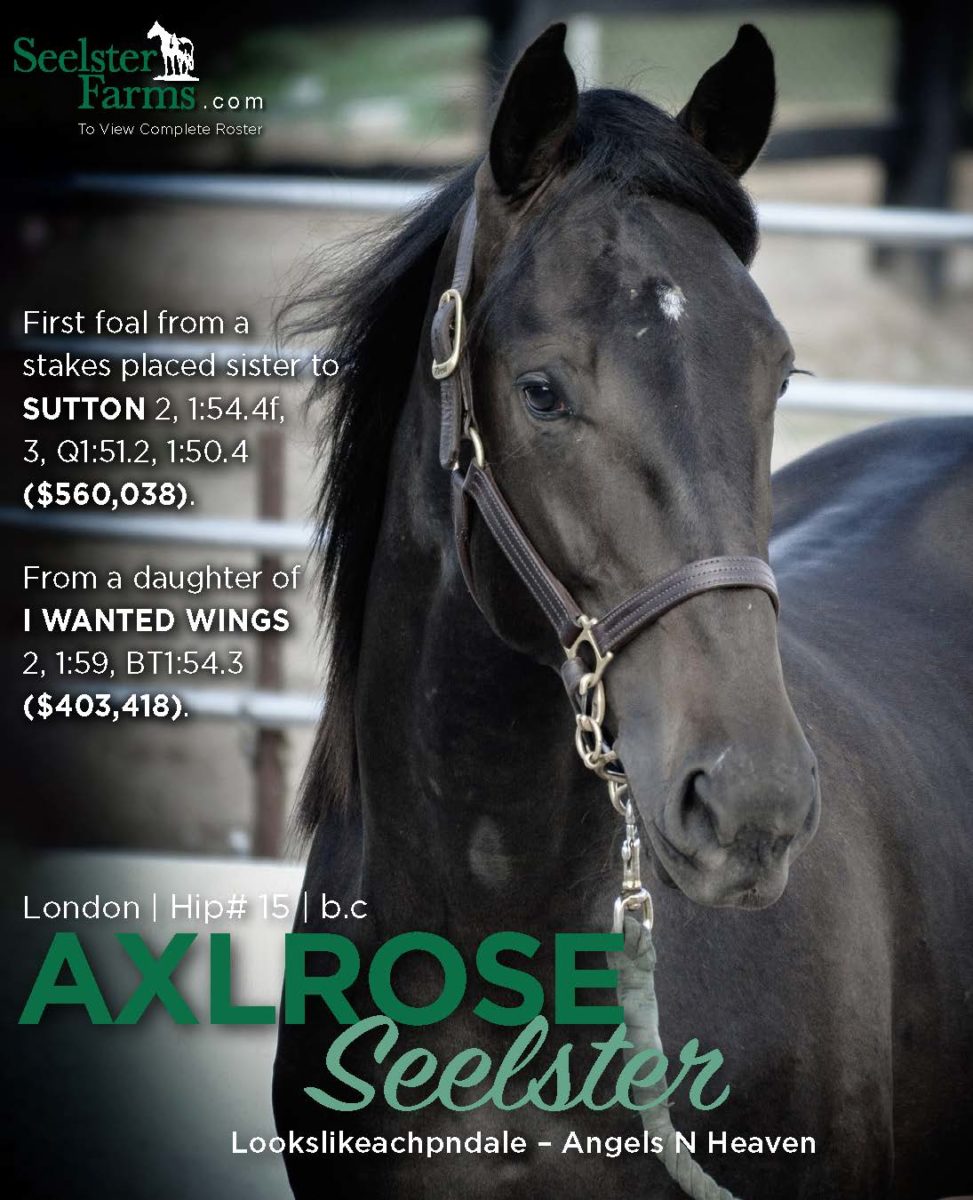 PREQUEL: Thomas, my brief childhood friend, was a little boy whose mother had recently died from breast cancer at age 30. His father, distraught, depressed, alcoholic and unable to hold down a job, was squatting with Thomas in a condemned building in Laurel, Delaware. A local Church Lady who came upon this situation, made a few calls and spoke to someone who knew someone, and somehow Thomas ended up being a ward of the rectory at my primary school in New Jersey. The idea was to get him as far away from Delaware as possible so that his aunt, a highly unfortunate and unstable individual, wouldn’t try to take him.

THE STORY: When I was eight years old, and only a few days away from my eagerly-awaited Christmas vacation, a teaching monk named Brother Norberto, introduced our third grade class to a skinny and sickly looking new student. His name was Thomas, and he had come to our school, “…all the way from the State of Delaware.”

As Thomas was led to his seat, a double-bench antiquity he would share with me, many of the other boys giggled. I guess it was because Thomas didn’t look anything like the rest of us. His white collar shirt was dingy and wrinkled, and his second-hand uniform hung loosely and ill-fitting on his emaciated frame. His hands and underfed face looked dirty, and all of his hair had been unevenly shaved off. Years later, when I was better equipped at making literary comparisons, I would describe Thomas as an urchin who’d been yanked from the chimney smoke and grime pages of a Charles Dickens story.

As Thomas slid his bony frame onto the bench next to me, one boy whispered, “Look at his hair. That’s what they do to kids who have lice.” I didn’t exactly know what that meant, but a disapproving stare from Brother Norberto told me that it was something mean or unkind to say.

Unaware of my own prejudices, I resigned myself to the fact that I would eventually catch cooties from Thomas, and I’d be mercilessly teased by the other boys in my class. Later, Miss Deitz, the nice lady who worked in the rectory, appeared with a crumpled grocery bag that contained some stuff that belonged to Thomas. She placed it gently on our desk and said, “We’ve got to get you some notebook paper, Thomas…and a hat.” Then she patted him on his head and went back to the job she held for almost 60 years.

As Thomas peered into his bag, I spoke to him. “Don’t you have a book bag?” He responded only by shaking his head. Then, just when I thought he couldn’t speak, he pulled out a photograph of a dog that looked as raggedy as he did. He showed it to me and said, “This here is my dawg Cracker Jack. My pa sent him to live on a farm when my ma died from her cancer.”

This was the first time, aside from characters I’d seen on TV, that I’d actually communicated with another person who spoke with what I perceived at the time to be a “country” accent. I instantly hoped with all my heart that none of the other boys had heard him speak. I don’t know why I worried about that, but I did. Kids can be really mean to each other sometimes, and no thanks to a slip-up from my Uncle Raymond, I already knew that sending a dog to a farm was just a lie you told kids when their dog died or had to be put to sleep. Thomas already had enough troubles without knowing the truth about that old grown-up trick. I didn’t even want to think about his mother being dead. That was the worst possible thing that could happen to any kid, and I was afraid of it.

Thomas put away his picture of Cracker Jack as tears streamed down his face, but he didn’t cry out loud. I never saw that happen before. I mean, little kids like us either cried or they didn’t. Poor Thomas was so dilapidated and so sorry that he couldn’t even cry right. But, even so, I sensed that he was now in my happy world — a place in which he looked, sounded and dressed like a little boy who might just as well have been from Mars — and it was my job to be kind to him.

A few days later, after I’d filled my family’s every spare moment with hundreds of real and imagined stories about Thomas, I heard my mom talking to Brother Norberto in the school hall about taking Thomas to our house for Christmas vacation. Brother Norberto said that he would ask his boss. I pretty much assumed his boss was God and that he had to go pray or something so that we could have an answer.

God must have said yes because when our last day of school before Christmas vacation arrived, my mom walked Thomas to the car and he rode home with us. When we arrived at our driveway, Thomas was instantly amazed at the good fortune I’d always taken for granted. He said quietly, “You have three floors on your house.” Gee, I’d never noticed that before, or at least I’d never put it into words, but I looked, one…two…three. Yup, my house had three floors.

When my grandmother opened the door to greet us, our dogs Teddi, Baby and Shamrock, stray puppies I’d found in a box near the park the previous summer, rushed out wagging and banging their tails. They darted right around me, their savior, and jumped up happily on Thomas as though he was an old friend. Looking back, it seemed as if they wanted to tell another stray, a human one, “Come on! Come inside! You’re gonna love this place. It has a lot of food and it’s warm, and the people are really, really nice!”

My grandmother prepared the room next to mine for Thomas, and because my house had three whole floors, we had to climb two whole flights of stairs to get there. Why hadn’t I ever realized that before?

After my grandmother had fixed us a snack, she and my grandfather and my Aunt Tess took us for a ride to a shopping center where they bought all kinds of things for Thomas. He’d arrived at my house with just the clothes on his back and his little brown paper bag, but now he had everything he needed and then some.

On Christmas Day, Thomas sat around the tree with me and my brother. He was very shy about opening his presents, but my little brother was happy to help rip it all apart for him. Then, as if one Christmas wasn’t enough, my dad took us to my other grandmother’s house for more presents and a big dinner.

Thomas was fascinated by all the trotting horse pictures on the wall in my other grandmother’s sitting room. Thomas said that he liked “trottin’ horses” because his granddaddy used to have one to pull his “grease wagon” back home in the olden days.

It had started snowing earlier in the day, and even though there were seven days left in our Christmas vacation, the sun was going down on our Christmas Day with Thomas. My Aunt Millicent, the kindest person who ever lived, zipped Thomas up in the snow suit she’d bought for him, and she sent us out in the yard to play in the snow. After we tired ourselves out, Thomas and I laid on our backs and looked up at the falling snow against the moonlight.

After a few moments of silence, Thomas said to me, “Davey? Do you think that my dawg Cracker Jack is dead?” I said, “Nah! He’s probably rolling around in the snow back in …what’s the name of the place you come from?” “Laurel, Delaware, zip code 19956,” he recited. “Do you get much snow there?” I asked. “We sure do,” he replied. Then, looking up at the happy snow and the tree tops and the frosty tips of Thomas’ brand new red gloves, I said, “Yeah, then that’s probably what he’s doing out on the farm where he lives now. He’s just rolling around in the Christmas snow and having fun like us.”

POST SCRIPT: Thomas stayed with my family very frequently until the following summer when he was returned to his father who, with the help of the Church Lady, had recovered from his depression, and was now sober and back working at a farm supply store. He’d been remarried to a nurse who worked in a local hospital and they had a nice little home with one floor. Brother Norberto died of old age at a retreat home in Puerto Rico in 2013. Every wonderfully kind and loving person mentioned in this story, except for Thomas — and my mother who helped me to remember all of these events — is gone. In 2014, fearing what I might discover about Thomas via the Internet, I was miraculously able to locate him and he remembered me. He’s a welder who lives in Missouri with his wife and his teenage daughter and a little puppy they named Cracker Jack. “I name all of my dogs Cracker Jack,” he said. Merry Christmas, folks.