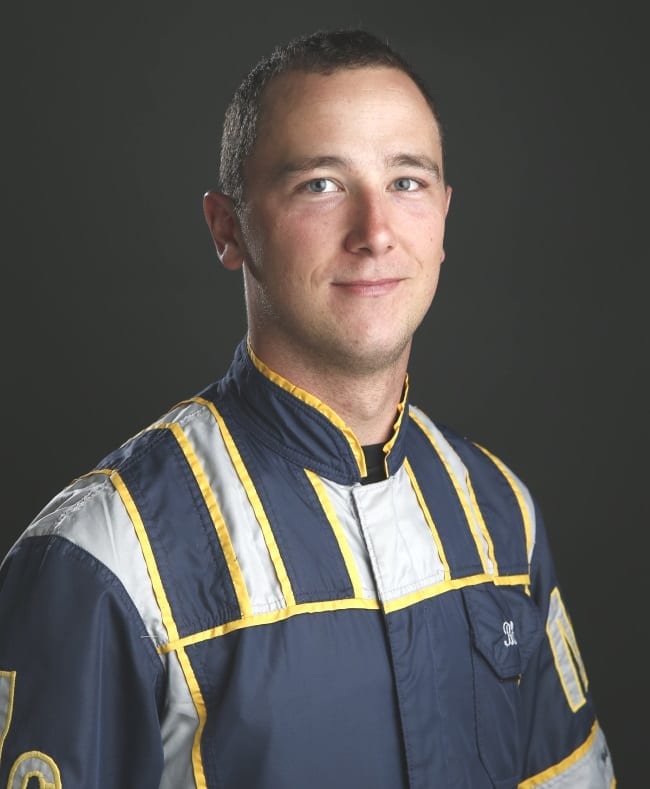 At 26, Bob McClure leads the nation with 540 wins, but he’s in no rush to leave the B-tracks for the WEG circuit.

It’s been a surreal couple of years for Canada’s dash-leading driver Bob McClure. Things have been going so well for the 26-year-old that, despite leading the nation with 540 wins in 2016 through Friday (which ranks him seventh in North America), McClure said he doesn’t want to tempt fate by jumping from Ontario’s B-tracks to the top Woodbine Entertainment Group (WEG) circuit just yet.

“I actually have been thinking about that a lot lately and a lot of people have asked me that recently, especially after the night I went down to Mohawk and won five in the summer,” McClure said. “But, in all honesty, I have no interest in going down there at all, not right now anyway… I’m just so happy with the way things are.”

Call the Elora, ON resident a B-track man at heart.

“A big part of it is the people I work with on a day-to-day basis,” McClure said. “The drivers on the B-tracks, I get along well with them. They’re really a great group of guys. I have a lot of fun. I enjoy going to work every night and I enjoy spending the time with them. They’re great to work with, as are the trainers I’m working with right now. I just don’t see a need for a change right now at all. I know my girlfriend Jody wants me home more, and maybe it would be nice to have a few nights a week off, but for the immediate future, there’s no change coming.”

“It’s been a dream come true. I can’t even put it in words. It seems like every goal I set for myself I passed and then some. Towards the end of the year, different goals came up and I passed them, too. It seems like everything was just going perfectly this year and I couldn’t do anything wrong. Hopefully, that continues for at least a few more months, anyway, that would be nice,” McClure said, adding nothing tops the birth of his and Jody’s son, Ryder, over a year ago.

“The whole year has been really incredible. I did a lot of things that were a lot of fun and had a lot of really nice people, really good people, help me along.”

A year ago, McClure finished third in Canada’s dash race with 340 wins. McClure said it wasn’t that long ago that he had to battle nerves in the sulky.

“Now, even in the big races, I don’t get any nerves at all. Well, maybe just before, but not once I hit the track. That’s the big thing for me, there’s no nerves anymore,” he said. “When you start driving for good trainers and have good horses, you develop more confidence and that translates into better results, but 99 per cent of it is the horses and the trainers you’re driving for. It doesn’t matter who you are, if you don’t have a little bit of power, you’re going to look ridiculous, no matter what.”

While McClure isn’t in a rush to jump to the WEG circuit, it doesn’t mean he doesn’t dream big. He said he’d love to win the Little Brown Jug one day.

“I got to go down to Delaware and watch the Jug for the first time two years ago live and that would be special race just to be a part of, but there’s a special place in my heart for Hanover Raceway. It’s my favorite racetrack by far,” McClure said. “Anybody that’s never been there should definitely go because it’s just a great place. It’s a lot of fun. They’re cheaper horses, but that’s where I cut my teeth and that’s where I got started and it is a fantastic place for a young driver to start out. Their signature race is the Dream Of Glory and I was second in it and fifth in it. I would love to win that race one year.”

The two-time defending driver of the year at Grand River Raceway in Elora, McClure has nearly 1,400 career wins and almost $8 million in purse earnings. He said he owes his career start to a pacing mare named Shaza Northernbell.

“She was just a cheap mare, but my dad (Lormer McClure) bought her as a yearling for $3,700 and she went on to make about $118,000 all in the $6,000 claimers,” McClure said. “I trained her for awhile. So, when went to get my driver’s license, I did my rated mile on her. I got a lot of qualifying points on her and then I had my first drive on her.

“She was just so handy. She could leave and then you followed along and she’d finish up well. She had a lot of class and was good-gaited.”

More importantly, the daughter of Northern Luck mare out of Arabelle Hanover helped give McClure the necessary exposure to get his career rolling.

“She was a good one that I could put down and I’d have my name on the sheet. To pick up drives you have to be down. So, when I wasn’t getting any drives I’d be there every night with her. It was a big help having her there, even just to have me listed to drive, let alone the fact that she was usually competitive,” McClure said. “It gave me a lot of confidence in my first handful of drives to be able to go out with a horse I knew so well.”

Shaza Northernbell raced seven seasons between 2006 and 2012 and retired with a record of 24-30-14 in 132 career starts. She now can be found pulling a sleigh at Lavender Farms in Guelph, ON.

“That was really nice for her. She just hangs out there in retired life and looks pretty happy. Every time we go over to see her, she ignores us. She doesn’t want to come back (to the races),” McClure said, laughing.