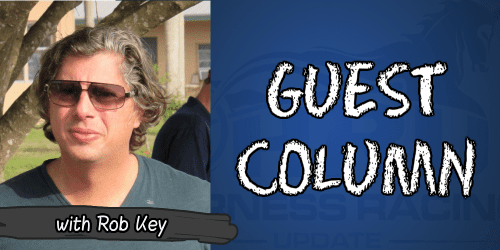 In support of a new USTA

The race for a new president is the perfect time to reshape the association for the betterment of the sport.

Not long after a contentious U.S. presidential election, an election for presidency of the United States Trotting Association (USTA) is close on the horizon. Based on some social media chatter and talk among industry insiders, it may also ruffle more than a few feathers.

And with good reason.

Despite the strong efforts of Phil Langley and, from what I’ve seen firsthand, a very dedicated and hardworking team, the USTA has become the convenient scapegoat for many of the ills of the sport. Despite a nominal budget compared to horseman groups, and certainly casino-funded tracks, the USTA, as the only quasi-national organization in the sport, steps into an ongoing onslaught of issues that it gamely tries to address despite the fact that most of the issues are outside its core charter as the sport’s registry. Rule making, government legislation, publishing and even being the core impetus for first ever national social marketing, have all fallen under its domain due in large part to the lack of leadership from other parts of the industry and an “every man for himself” mentality between tracks and other groups (and some directors). Many in the sport simply don’t understand the role of the USTA and that the tracks and racing commissions are the ones with much of the power. It’s simply easy for those disgruntled with aspects of the sport to point that dissatisfaction to the USTA, when in many cases it has neither the responsibility nor authority to act on those issues.

In the midst of this malaise, some are calling for the organization to be torn down to focus only on its core charge. I disagree strongly. The USTA, for better or worse, is the only national organization that can bring disparate groups together and serve as the closest analogy to an NFL or NHL league office, something the sport desperately needs.

But in my view, change needs to indeed happen — serious change and not necessarily because of any failures at the organization. Instead a “new” USTA needs to be transformed to be better positioned to more firmly address the failures and opportunities of the industry at large. In fact, as we approach this election, the debate should not be just about the new leadership of the organization, but about a new business model for the industry. What to do?

Streamline: According to the Corporate Library’s study, the average board size is 9.2 members. No organization can operate effectively with 60 directors. That structure is reminiscent of the old Soviet Politburo (and we know how that turned out).

Diversify: Tracks and horsemen dominate the board. Yes, of course, their voices need to be heard and they’re key constituents but they’re also often myopic in their viewpoints, looking out for their niche interests instead of what’s good for the sport at large. We need more diversity of perspectives, especially with the owners and breeders who are key investors into the sport, have a long-term perspective, but are often ignored. We also need a youth movement among the directors with fresh ideas, enthusiasm and determination to work through traditional hurdles. In most organizations, outside directors are also valuable to help overcome political factions.

Go Outside: We have some talented and ambitious people within the sport, but the next president should, in my view, come from outside the industry and have deep experience in the very core issues that are required to grow this sport. There is already a clear roadmap towards growth and innovation already out there if one looks to the NHL, MLB, FIFA and even rugby.

The CEO of MLB.com, for example, was a former client of mine, a Harvard grad, treasurer of Michigan and then CEO of a dot-com start up before his current role. The sport has been reinvented through digital and social and MLB Advanced Media has “new” revenue of $1.1 billion in 2016. We’ll obviously not see that type of success in harness racing, but there is a lesson here: there are new business models we need to look at including owning our distribution, monetization, streaming rights, sponsor packaging and more. The current casino-subsidized model isn’t sustainable. It provides us false comfort for the interim. Instead, we need to design a new business model. Right now between third party streaming partners who own exclusivity, ADWs, fractured sponsorship activities and more, we’re leaving a lot of potential revenue on the table. No successful industry can allow its fate to be in the hands of third parties who don’t share the same financial interest or passion for the product as us. The roadmap is out there and it resides in other sports that have been through this transformation, initiated OTT channels, created and owned new digital assets (such as Fantasy Leagues), and more. We have to break out of our insular thinking. This would require tracks and other horseman groups to empower the USTA to negotiate collectively for the sport on some key issues while retaining their right to approve or disapprove final terms. Not any easy task, clearly, but common sense dictates that by working collectively we will have more impact and leverage than working individually, and at times, against each other.

Some say the sport will never attract a talent like that, but the truth is there are many ambitious executives within some of the leagues with the experience and track records of working in other sports going through transformation that might make a lateral move with proper incentives for a chance to burnish their resume by helping to transform a nice sport.

However, and this is the rub, they will not do so unless the sport shows commitment, empowerment and resources to do what is necessary. Begging, cajoling, arm-twisting and hoping can only go so far.

Focus and Empower: Finally, the USTA tries to do too much for too many and, as the saying goes, too often “no good deed goes unpunished.” When I first got into advertising at Young & Rubicam, I was advised never to accept the responsibility for a project without the authority. This is exactly where the USTA is now. It exists in a hybrid world between what it was chartered to do and all the activities it has been caught up trying to do in good faith and now is expected to do by an industry that would prefer to avoid having to do the heavy lifting themselves. While empowering it, I would narrow other activities by putting things like publishing, marketing (and associated analytics) in a separate, but related, entity that is also funded by other industry constituents to allow focus requires others to put some skin in the game (and take some responsibilities for the outcomes), somewhat like the Jockey Club’s America’s Best Racing. A shared service model can be effective to bring cohesion and partnership among various factions. The USTA should not be responsible for being the default publicity engine for tracks and other groups who have been far too long on the sidelines yet make no investment in these activities.

The USTA leadership, in my view, deserves far more credit than it receives for trying to be the default guiding force in the sport. With this election however, it’s clear the status quo is no longer sustainable. It is incumbent on all of us to take a pause to have the critically important existential conversation necessary about how we move forward – not just with new leadership – but with a new vision, structure and mission. A “new” USTA, for all its imperfections, is the only horse in the race who can get us there.