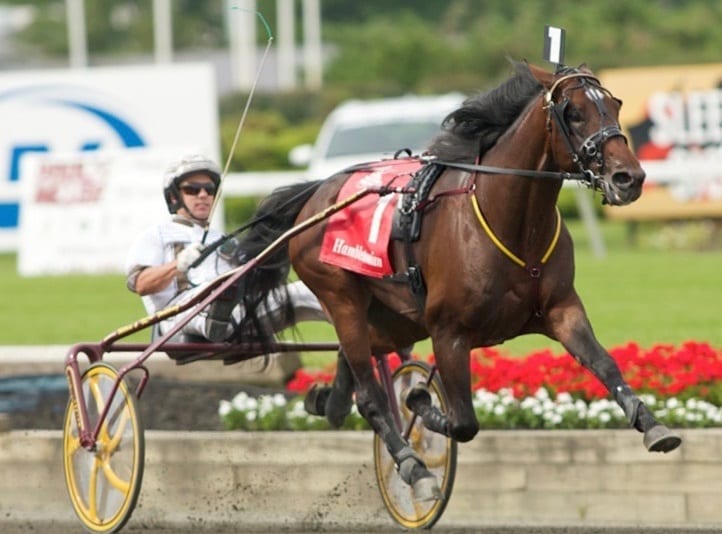 An analysis of how the top trotting sires fared at the Lexington Selected Yearling Sale this year compared to 2015.

Last week (Oct. 15 issue), we brought you an analysis of the pacing sires. Here’s how the trotting sires stacked up compared to a year ago:

Muscle Mass, who is back in Ontario, but has two New York crops to peddle, averaged $31,688 for 16 sold. Last year he only offered one at this sale. A couple topped $50,000 and 69 per cent broke $25,000. This is his sixth crop — the first from New York. Muscle Mass, who has been more successful than his more celebrated brother, is second to Kadabra in the OSS, and while his offspring haven’t wandered far from the provincial program, he has been very successful in it.

Lucky Chucky sells his fourth crop this year. Last year’s group was bred in Pennsylvania, but this one is eligible to the NYSS, as well as the Kentucky and Maryland programs in some cases. After seeing his average drop by 43 per cent in 2014 and more than half last year, he came out of his tailspin — relatively speaking — and registered a 44 per cent rise to $24,917 for a dozen sold. One, a filly out of a sister to Windsong’s Soprano, cracked $50,000, while 42 per cent of them topped $25,000. Dog Gone Lucky, who showed great promise at two with late season wins in the Valley Victory and Matron, came up empty at three, but NYSS champ Non Stick met with much success. Eighteen will sell in Pennsylvania. Chucky’s fee went from $7,500 to $6,000 and is now at $4,000.