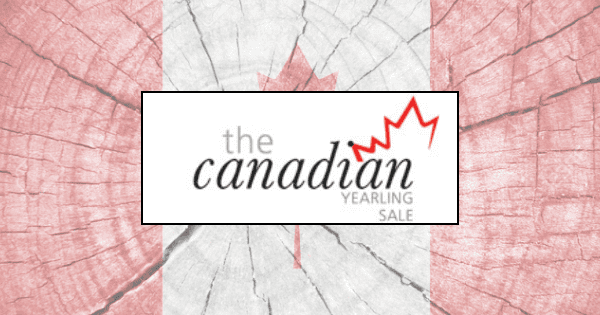 The average of $20,640 dipped marginally compared to last year, but the gross was up and just missed hitting $3 million with 144 yearlings sold.

When Brunos From Mars was just a baby Jim Laird of Arva, ON knew the pacing colt “was out of this world. That’s how he got his name.” Sunday, a few hours after the son of Mach Three out of Laird’s mare Boy Meets Girl fetched the highest price at Standardbred Canada’s Canadian Yearling Sale at Flamboro Downs with a bid of $105,000, Laird said he was feeling on top of the world.

“We’re very pleased with the sale and the sale results. Standardbred Canada put on an excellent show,” said Laird. “The weather was great. The crowds were huge. There was a lot of excitement that was going on in the ring, a lot of bidding. There were a lot of excellent individuals there.”

Laird and his wife Kim operate the Icy Stables, which sold nine horses for a total of $247,000 to be the sale’s third leading consignor based on gross sales.

Jim gave a lot of the credit to his seven-member Icy Stables team that was kept busy showing all the horses over the weekend, but especially Brunos From Mars.

“Bruno was very busy on the Saturday. Even though the weather was rainy, the horse was shown in the alleyways all day long. He didn’t basically go back into his stall. On Sunday, we had him outside and, basically, it was a steady stream of people taking a look at him. A lot of the top trainers looked at him several times.”

Only Brad Grant of Milton, ON spent more, buying five years for $260,000 total, including the third- and fourth-highest priced yearlings sold — two Kadabra offspring. Grant bought the half-brother to What The Hill (out of K T Cha Char) for $80,000 out of the Preferred Equine Canada consignment and a filly out of Northern Blaze from the Northfields Farm consignment for $70,000.

“We started going up last year, with our average way up,” she said. “The positivity has continued this year. We sold more horses and we saw the sale gross increase dramatically… There is clearly some very positive energy among buyers and horsepeople, excited about their new prospects.”