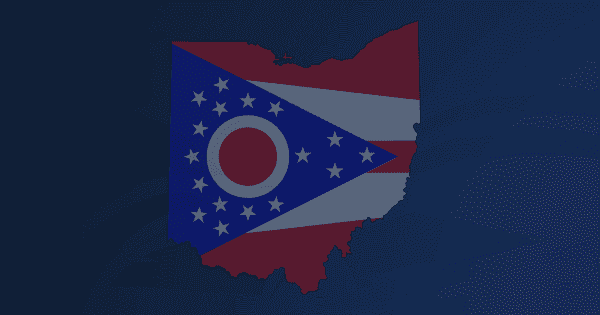 Thanks to the growth of the Ohio Sire Stakes program, a number of stallions are finding success in the Buckeye state despite limited returns elsewhere.

The Ohio Sire Stakes (OHSS) program is undergoing a transformation unmatched by any other. Neighbors to the east and west (Pennsylvania and Indiana) made no significant on-track additions to their stallion ranks, aside from Ponder’s move to Pennsylvania and Lucky Chucky’s single PA crop. Yet, the Buckeyes have seen major upgrades come online in 2016.

First-crop trotting sire Dejarmbro is in the throes of a terrific debut; Triumphant Caviar is proving that his initial offering was no fluke; Break The Bank K’s first modest Ohio crop of 36 is doing well; and then there are the pacing stallions.

Seventeen-year-old McArdle, who was named after Nevele R Stud’s founder Bob McArdle, won 28 of 54 starts for Chris Ryder, David Miller and Mike Lachance. He earned more than $2.4 million, but was not king of his crop. The son of Falcon Seelster—Lilting Laughter won his NA Cup and Meadowlands Pace eliminations and finished second to Mach Three in the latter, but he was second, 167 votes behind Art Major, in freshman Dan Patch voting; and he was second again, 167 back of Art Major, at four.

This is McArdle’s 10th crop. He sired two in New Jersey before being shipped out due to questions about his ability to be competitive in that environment. This was followed by seven years in Pennsylvania, before relocating to Ohio in 2013. One More Laugh, McWicked and Big McDeal notwithstanding, the Keystone State was not an ideal environment for him: There’s a lot of restricted money up for grabs, but not enough of it went to his get. His last two crops there consisted of 37 and 26 foals. Contrast that to the 176 mares he bred his first year in Ohio, resulting in the 97 foals in this crop.

July 28 at Scioto Downs there were five $32,000 pacing splits of the Buckeye State program at Scioto Downs: the freshman gelding Barnabas took one in 1:53., after having already captured two $40,000 divisions of the OHSS at Scioto and Northfield; McThriller, already the winner of a $40,000 OHSS split at Scioto, won his from the 10 post in 1:54.2 for Ronnie Wrenn Jr and Brian Brown; and Scotch McEwan, a gelding, won the final split in a track record 1:52.3 from the 9 post for Josh Sutton and Jim Dailey. And the previous night Brian Brown’s filly, Bellasbrowneyedgirl, beat a 1-9 shot at 47-1 in a division of the State Fair Managers Pace.

On July 4 there were eleven $40,000 OHSS divisions raced at Scioto and seven of them went to McArdle freshmen: Ohio Larry, Barnabas, My Superman, McThriller, Stanley K , McRaven and Scotch McEwan all won.

Results like that have become the norm for McArdle, who appears to have finally found his niche, after all these years of not syncing with his surroundings. He’s second to SBSW on the earnings list for freshmen pacers and he already has 29 winners to his credit.

In a year when stud fees were dropping across the board, the immensely popular McArdle saw his jump 20 per cent. Home at last.

Unlike McArdle, Art Official had no success to speak of in restricted races or on the Grand Circuit during his three-year stint in Pennsylvania. His fee gradually dropped from $7,000 to $3,000. Let’s Drink On It and Cinamony are good journeyman pacers, but they can’t be your king and queen.

All that seems to be changing for the better with his first Ohio crop. Type A Grey, a grey filly out of the American Ideal mare Just My Type, is the richest freshman filly in North America. She’s three-for-three, with a pair of romps in $40,000 splits of the OHSS and another cruise job in a $35,800 division of the State Fair Managers Pace. This head turner doesn’t appear to be staked outside the program.

Corner Con Artist is another OHSS winner by Art Official, driven by Ronnie Wrenn Jr and trained by Brian Brown. The colt Official Delight was second in that race. DaVinci Artist is another good one. Seventeen of his 35 starters have won.

The Rocknroll Hanover stallion Foreclosure N is garnering attention with his single Ohio crop of 20 foals. The winner of 15 races and almost $808,000, who raced for Peter Heffering and Richard Young, and finished his career in the Burke Barn, was sold to European interests in March, 2015. He was relocated to Ireland.

Thirteen of the 20 have raced and six have won. Drunk On Your Love and Rosemary Rose are both multiple winners in the Ohio SS. The former took a mark of 1:54.3 and the latter 1:54.4, both at Scioto Downs. Pace Car, the fastest of them all, with a 1:54 win in the Ohio SS at Northfield. He is a son of the rugged mare Breakheart Pass, who won 27 times and banked more than $600,000. He races for Ron Burke. Please return to sender, Ireland.

Twenty-year-old The Panderosa, the sire of Shadow Play, Ponder and Yagonnakissmeornot, stood for 13 years in Pennsylvania before moving to Ohio in 2013. His last two Keystone crops consisted of 35 and 27 foals. His stud fee, which was $10,000 back in 2008, dropped to $3,000 when he relocated to the Buckeye State. His current two-year-old crop consists of 46 foals and 29 of them have started. Air Raid, Ron’s Pro and Rosa’s Touch all scored wins in the state bred program. The Panderosa was a lost soul in Pennsylvania, perhaps his moribund stallion career will also find new life in this home of second chances.