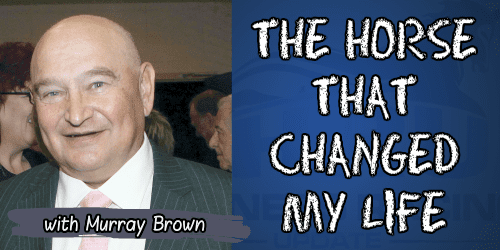 The Horse That Changed My Life: Murray Brown

(Editor’s Note: This item originally appeared on the Ontario Racing website this week under a section called For The Love Of Racing which still adds new stories weekly. Harness Racing Update will periodically republish some stories from the archives and plans to add original ones here featuring the stories of participants from across the harness racing world)

For Murray Brown, the road to the famed Hanover Shoe Farms started in his late-teens at Richelieu Park in his native Montreal in the late 1950s with a horse that provided considerable enlightenment.

“The horse that changed my life, the one that got me really involved was a horse called Confuscious,” said Brown, who celebrated his 75th birthday this weekend. “My oldest brother, Sam, owned a small piece of him and he started taking me to the racetrack to see Confuscious race. Bill Habkirk trained and drove him. Any time Confuscious raced was a holiday for me. I started going to the racetrack. I started becoming interested in breeding and went forward from there.”

Not surprisingly, Murray still remembers Confuscious’ pedigree. He is, after all, a man who earned berths in both the Canadian Horse Racing Hall of Fame and the Communicators’ wing of the U.S. Hall of Fame for his decades-long work as the publicity director for Hanover Shoe Farms in Pennsylvania.

“He was by Congressional out of a mare called Peggy F. Braden,” Murray said, correctly. “He was a solid B3 pacer. He’d win in B3, they’d move him up and he wouldn’t do quite as well. In those days, he went around 2:05. He made money and he was a wonderful horse to come see.

“I remember him being a big, long-legged horse. He had a very good stride and was ultra-consistent.”

Murray said his brother, Sam, who is still alive at age 92, “ultimately had small pieces of one or two other horses… but was never deeply involved.”

Not so for Murray. Confuscious was the start of a long, rich career he has chronicled in a book to be published this fall.