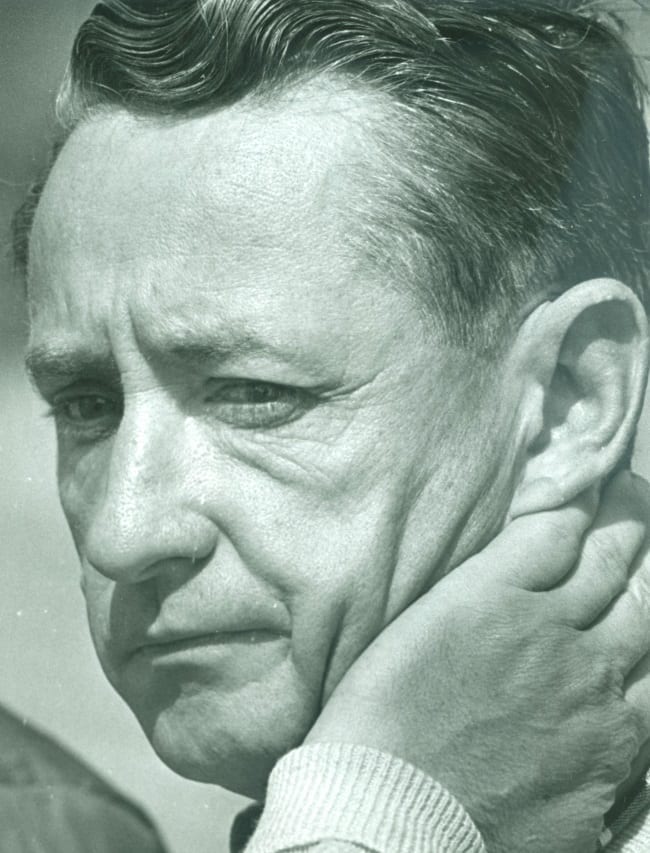 It was 30 years ago today that the legendary Billy Haughton died.

No one — absolutely no one — could ever imagine Billy Haughton in a rocking chair.

The man simply had so much vitality that retirement and relaxation just didn’t seem to fit him. He was harness racing’s perpetual motion man.

Fittingly, Haughton’s life ended in a sulky not a rocking chair as he died 30 years ago today – July 15, 1986 – as a result of a racing accident at Yonkers.

I recall that his sudden death evoked memories of an Emily Dickinson poem for me:

The loss to harness racing was incalculable. Afterwards many speculated on what young horseman might be “the next Billy Haughton.”

No one ever filled Billy’s boots. Billy Haughton was sui generis, one of a kind. Irreplaceable.

Haughton brought a blend of great horsemanship and personality and an indefatigable work ethic to his profession that allowed him to scale the highest peaks of the sport.

He managed a large stable with numerous assistant trainers and dozens of owners. Billy had the gift of making each owner feel important. Owners wanted to have a horse with Billy Haughton because he made each one feel special and thus they relished their association with the legend.

Every owner knew, of course, that Billy could not personally sit behind each horse in his vast stable every morning. But if an owner inquired about his horse, chances are that Billy knew exactly where the horse was in training, what rigging it wore, and its flaws and its attributes.

Billy’s ability to remember details on a horse was remarkable. He might not train a young horse for several weeks, then slide into the jog cart seat and ask the groom, “Didn’t I tell you last time to take his overcheck up two holes?”

The groom might not have remembered, but Billy did.

My last conversation with Billy came in the spring of 1986 when I told him I wanted to interview him in depth at his winter base in Pompano about his career, the horses he’d raced, and those he raced against.

I knew how agreeable Billy always was, so I cautioned him it would take hours, maybe spread over a couple days.

“Okay, just let me know when you’re coming down,” he said.

In lieu of interviewing Billy, I spent several days instead with Stanley Dancer for an article that appeared in Hoof Beats in the fall of 1987.

Haughton and Dancer’s career were a parallel in many ways in that they rocketed to fame when harness racing was soaring in the 1950s at Yonkers and Roosevelt, the twice-arounds in the Big Apple.

But Stanley and Billy had different personalities and took different paths to greatness. Dancer came to concentrate on buying the blue-blood yearlings and had the well-heeled owners to back his selections. His stable was the cream of the crop.

Haughton, by contrast, appraised virtually every yearling in a sale and often plucked gems from the bargain basement section.

When competing in a major stake, Haughton could get beat with a heavy favorite, hang up the lines and move on to the next race. Billy realized that he could not change the results of the last race.

Decades after Albatross was upset in the ’71 Little Brown Jug, Dancer brooded over that defeat and what he might have done differently to change the outcome. Stanley knew he had the best horse and fretted that he had asked too much of Albatross before Jug Day. Stanley Dancer did not like to finish second.

Haughton won his first Jug in 1955 with Quick Chief. It was the first time he’d ever been to Delaware, OH. He would later win the Jug four more times.

Because of its vagabond status in recent decades, the Messenger Stakes has lost much of its prestige, but it was the richest prize for pacers in its first few decades. And Billy Haughton practically owned the Messenger Stake. He won the inaugural edition in 1956 with the great filly Belle Acton, then from 1967-76 he won six of the 10 Messenger Stakes — triumphing with Romulus Hanover, Rum Customer, Silent Majority, Armbro Omaha, Bret’s Champ, and Windshield Wiper.

Success in the Hambletonian took longer for Haughton to achieve: his first win came with Christopher T in 1974 and then he added victories with Steve Lobell (1976), Green Speed(1977) and Burgomeister (1980).

America’s oldest trotting classic, the Kentucky Futurity, eluded Haughton, however. He came with a whisker of winning the Futurity and Triple Crown with Steve Lobell in 1976, but he was defeated by his son Peter, driving Quick Pay.

I asked Billy about that loss a few months later and he laughed and said with pride, “Peter just outdrove me.”

Tragedy struck the Haughton family and the harness world in early 1980 when Peter Haughton died in an auto accident. Later that summer, Billy won the Hambletonian driving Burgomeister, a colt co-owned by Peter.

That was the final Hambletonian at Du Quoin, IL, and I don’t think that there was a dry eye in the crowd as Billy and his wife Dottie choked back their emotions in the winner’s circle.

Six years later, everyone in harness racing choked back tears when we learned of Billy death.

Ironically, he died as a result of a racing accident, yet Billy Haughton contributed immeasurably to perhaps the greatest improvement in harness racing safety in the last half-century.

In late August, 1984, I sat down with Billy in the stable area at the Indiana State Fair. Billy was there to race his stock in the Fox Stake and the other Grand Circuit events.

I cornered him just long enough to ask him about the prospect of removing hub rails at harness tracks. It was a timely topic for Billy because he recently had an unfortunate encounter with the low hub rail at Roosevelt Raceway.

Wholly Arnie, a top-ranked Haughton-trainer sophomore trotter, was one of the favorites for the $388,343 Dexter Cup when he shied and went over the low rail, and fell. He was not injured at all, but New York rules dictated that any horse falling prior to a race be scratched.

When I spoke with Billy at Indianapolis, he said that if there had not been a hub rail, Wholly Arnie would simply have shied off the track briefly and been able to start.

Billy and I talked about the fact that many tracks in Europe had no hub rail and horses got along fine. Billy had raced on some of those European tracks.

I took notes of what Billy said that morning at the Indiana State Fair and put them into an article for Hoof Beats.

I deliberately wrote the article under Billy’s by-line, not mine. I often ghostwrote articles for others, and certainly in this case I knew that the plea to remove hub rails would have far greater impact and credibility coming from Billy Haughton than from a mere typewriter jockey like me.

The article indeed had an impact. Billy’s former home track Saratoga was the first to remove its hub rail. Then I think the redesigned Rosecroft was next.

In time, hub rails would become a thing of the past at harness tracks and people would ask, “Why did we think we needed them?”

Not only was this a giant step forward in safety for drivers and horses, but it also gave the public far better sightlines for watching the races.

Alas, Billy never lived to see the widespread removal of hub rails, but no doubt his article was the impetus.

No, Billy Haughton never lived to spend time in a rocking chair, but he left a lasting mark on harness racing and his name will be remembered and revered as long as trotters and pacers race.