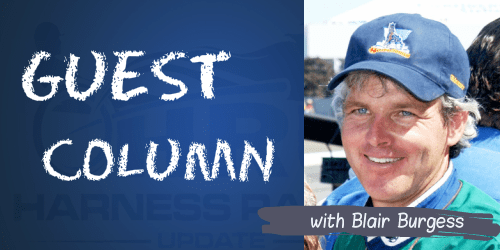 Racing year-round at Mohawk would be a major mistake

I preface my comments by saying that since I live in Campbellville and have a farm there, year-round racing at Mohawk would both enhance the value of my property and make my life as a trainer more convenient. That said, I still vehemently oppose moving to Mohawk year-round, an idea that has been floated often in the last six months by the Woodbine Entertainment Group (WEG).

Since 2012, and the cancellation of the Slot at Racetracks Program (SARP), we have already seen the closing of several harness tracks, including Windsor, Woodstock and Sudbury, with Kawartha Downs likely following suit in the near future. Additionally, Hiawatha, Dresden and Georgian Downs have much reduced racing dates, which in the case of Georgian is a terrible shame as it is not only a well-built and inviting facility for fans and horsepeople alike, it also boasts a good five-eighths mile track, which has resulted in primarily half-mile track racing in Ontario for most of the year.

Leaving Woodbine and moving full-time to Mohawk, despite there initially being no reduction in racing dates, will still mean the closing of yet another harness racing facility, this one in the critical Greater Toronto Area (GTA). Harness racing sees very little mainstream media coverage as it is. Once it physically leaves the city, it will get none.

Maybe most are too young to understand, but Toronto does have a long history of harness racing with Dufferin Park, Thorncliff Park and of course Greenwood Raceway. If we leave Woodbine, harness racing will never come back to the Canada’s biggest city.

I think it is also important to understand WEG’s thought process in this. Its incentive for moving harness racing to Mohawk full-time is not for the betterment of its standardbred product. It is for the betterment of its thoroughbred product. The plan calls for turning the harness track at Woodbine into a smaller turf track with the belief that having two turf tracks will increase its thoroughbred horse population, entries, and, subsequently, handle.

Giving up another racetrack because the sight lines at Woodbine are bad is crazy. The Rogers Centre has bad sight lines and is terrible when the roof is closed, but the Toronto Blue Jays are not moving to Christie Pits (home of the amateur Toronto Maple Leafs of the Intercounty Baseball League) because of it.

Except on stake race days, does this closeness factor translate into handle? Not really. At Western Fair, the grandstand is on top of the horses and no one goes outside, except on Molson Pace night. The problem of the horses being far away at Woodbine has nothing to do with whether or not attendance is better or handle is up. It’s the same track that apparently they are going to run seven to eight turf races on, which WEG CEO Jim Lawson is touting as a great development. While many in harness racing complain about racing at Woodbine, it’s interesting that it is the very track the thoroughbred people want back.

Maybe it’s our product, not its distance from the grandstand.

I’ll match Woodbine against Mohawk on a regular Monday in October any day. Talk about having room to shoot a cannon. Try those Mondays at Mohawk in the fall. Then try them in January. That will be interesting. At least at Woodbine we get some of the patrons left over from the runners.

Whether harness racing is at Woodbine or Mohawk matters little to the bettors — and handle figures support this. Nobody goes to Mohawk either, except on special nights. I live in Campbellville and I wouldn’t go to Mohawk in January if it had a Beaver Tail stand.

And year-round racing at one facility just gets old. The product will be stale. There is no beginning and end of seasons. Traditionally, in all sports, an opening and closing of seasons is important.

Casino expansion is already approved for Woodbine, but year-round racing at Mohawk hinges on the Ontario Lottery and Gaming corporation (OLG) approving an expanded casino at Mohawk. If that approval is granted, Lawson told the Toronto Sun WEG would likely spend between $3 million and $5 million to winterize Mohawk for year-round patrons. It likely will require much more than that.

Mohawk presently has an inadequate, outdated, un-winterized grandstand. The paddock needs improvement — for comparison purposes, the Woodbine harness racing paddock (which was just recently built and will serve no purpose if we move) cost $10 million to build — and even the Mohawk parking lot needs improvements.
Even if Mohawk does get a casino, there still should be at least a three-to-four-month winter harness meet at Woodbine when the thoroughbreds are absent. With a little work we could even do it on their Tapeta track, which has been successfully tested on standardbreds elsewhere.

There are just so many negatives to moving to Mohawk full-time the fan-friendly experience alone does not justify it. What people enjoy most about Mohawk — the closeness of the tarmac, the barbeque, the restaurant balcony, etc. — is primarily enjoyable because of the warm summer weather. Campbellville is consistently three to four degrees colder than even Milton in the winter months and it has a documented fog problem in the spring and the fall.

Yes, horsepeople will like the convenience of racing year-round at Mohawk and the reduced cost of shipping. But I have spoken with several fellow horsemen who echo my viewpoint and share my concerns about leaving Woodbine.

I am worried that if Woodbine becomes this new dramatic facility Lawson brags about, harness racing will be stuck out in the badlands of Mohawk in perpetuity and one day, someone on the WEG board will come to the conclusion the standardbreds don’t deserve the equal share of the revenue that exists now between the breeds.

To leave the GTA permanently will complete the death knell that started to chime when we left Greenwood.

We will rue the day we race at Mohawk full-time.