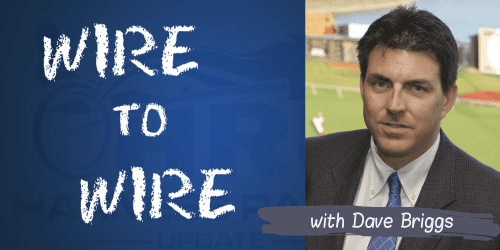 Was Blair Burgess snubbed for the Canadian Hall of Fame?

When Ken Griffey, Jr. was elected to the Baseball Hall of Fame in January with the largest percentage of any inductee in history, the story wasn’t that he received 99.3 per cent of the votes, but who were the three knuckleheads that didn’t vote for him.

I had similar thoughts this week – minus the knucklehead part — learning trainer Blair Burgess was not elected to the Canadian Horse Racing Hall of Fame. What were the voters thinking?

This is not a knock on the man the voters did pick in the driver/trainer category. Quebec legend Yves Filion is a fine choice (see Paul Delean’s lead story in Friday’s edition of HRU for his credentials). Filion is definitely worthy of serious consideration as evidenced by the fact he’s been on the ballot in the past.

But with Hall of Fame rules stating only one person can be elected in each category, I’m simply trying to understand the voting logic — or lack thereof — of Filion earning the nod over Burgess and driver Trevor Ritchie.

I would have thought Burgess would win that race by open lengths. In fact, he should be a Hall of Famer in both Canada and the United States.

Burgess has outstanding credentials, including several career achievements most, if not all, of the trainers already enshrined in the Canadian Hall cannot match.

Let’s start with the Holy Grail. Burgess has won the Hambletonian not once, but twice (Amigo Hall in 2003, Glidemaster in 2006). He is the only Canadian in the history of the sport, and only the second person of any nationality (Steve Elliott being the other), to win harness racing’s four biggest stakes races — the Hambletonian, Pepsi North America Cup, Little Brown Jug and Meadowlands Pace (twice — 14 years apart, in fact — which shows his career longevity and continued success).

Voted the Canadian Trainer of the Year in 2007, Burgess has seven other O’Brien Awards to his credit over a career in which he’s won over 1,000 races and nearly $28 million.

Yes, the process is subjective and can be political, but evaluating the candidates strictly on merit, the fact Burgess did not make the cut is questionable.

He has produced multiple champions over multiple years on both gaits with the North America’s biggest spoils in his trophy case.

I’m not saying Filion doesn’t deserve to be a Hall of Famer, but, perhaps, not ahead of Burgess.

Best I can figure it out, enough people voted strategically for Filion — perhaps because he has been on the ballot in past years; perhaps because he’s 69, 15 years older than Burgess; perhaps both — which, in turn, denied Burgess the honor in the first year he was eligible.

While it’s nice to see a class gentleman from one of racing’s greatest families honored and it’s tempting to say Burgess likely will be inducted next year or the year after that, there’s no guarantee, which is why I’m not a fan of strategic voting.

If voters consistently select those with the very best accomplishments — ignoring age or number of times on the ballot or regional interests or likeability — it only strengthens a Hall of Fame that is only as good as its inductees.

That’s not to say the Canadian Horse Racing Hall of Fame is lacking, just that it could be better. Outside of integrity — of which both Burgess and Filion reportedly excel — accomplishments should be the only measure of worthiness.

In baseball, a long list of star players with great stats are not enshrined in Cooperstown. The Baseball Hall of Fame is notoriously hard to get into, which is why it is one of the most highly regarded Halls in the world and the honor is truly meaningful.

In harness racing, we have a long list of exceptionally talented, tremendously successful people worthy of consideration, but not all will, or should, be inducted.
Blair Burgess more than deserves the honor.