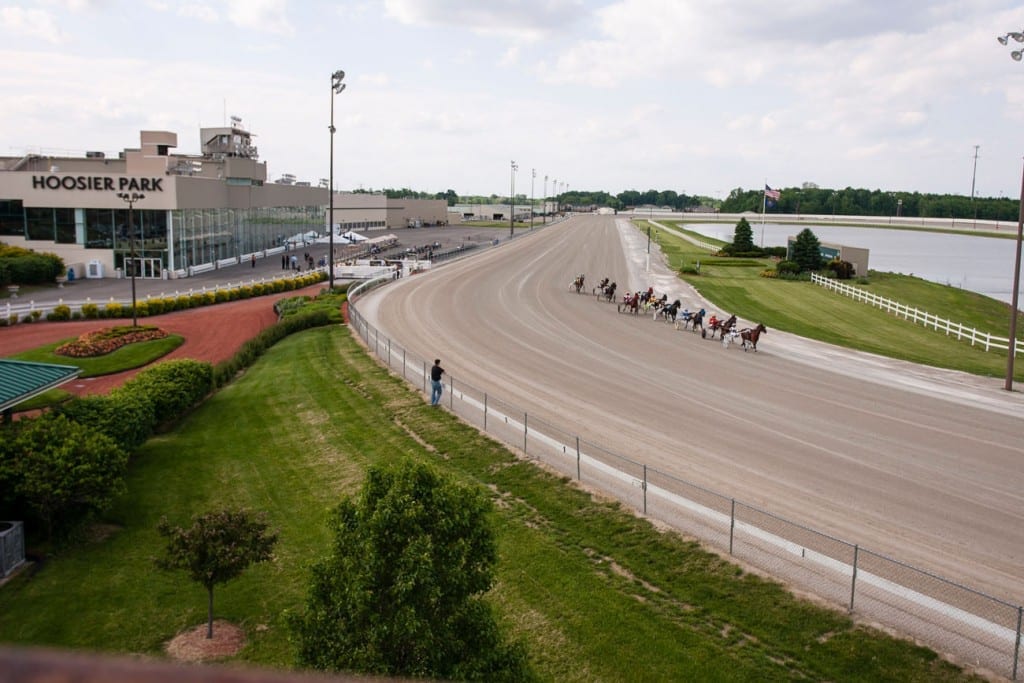 Despite some last-second hiccups that caused a late start to the card, Opening Night at Hoosier Park was deemed a success particularly at the betting windows where handle approached $1 million, up 65 per cent over the 2014 opener.

Live racing returned to Indiana Friday (April 1) at Hoosier Park Racing & Casino, and while the first night of the 160-day schedule provided some challenges for management, it was a tremendous success.

For fans that traveled to the Anderson oval or tuned in around the country, it might have appeared that Hoosier Park was serving up an April Fool’s Day hoax. Advertising a 5:45 p.m. first post, the field of trotters slated for the season’s opener didn’t line up behind the gate for another 45 minutes after the prescribed time.

Murphy’s Law was in full effect Friday evening. The EMT service with which the track has contracted for many years failed to send an ambulance to the facility, leaving management to scramble to find a solution until they arrived. By law, racing cannot be conducted without an ambulance on hand. To top it off, the starting car, which has performed flawlessly in qualifiers leading up to opening night, was a late scratch due to technical issues, forcing a move to the back-up car.

Despite those initial obstacles, a full clubhouse and 14-race program packed with full fields reflected the buzz and excitement surrounding the 2016 season. Once the field for the first race was set in motion, fans also showed their enthusiasm for the Indiana product, producing a banner opening night for the track. All-sources handle for the evening totaled $948,734, a 65 per cent increase and the strongest opening night in the 23-year history of the track. By comparison, the 2015 opener, also a 14-race card, yielded $572,161 followed by a Saturday night program that generated handle of $480,096 over 14 races.

“I’m a big believer in momentum,” said Rick Moore, Hoosier Park’s vice president and general manager of racing. “I always worry about the entry box, especially this early in the year. We had an overwhelming response at the entry box. Seeing the building full and the energy in the air; it’s nice to have live racing back.”

Fans of Hoosier Park will notice several changes during the 2016 race meet, starting with the simulcast product. Races will be broadcast in high definition, making this signal one of only four harness racing products in North America distributed in HD. Hoosier Park also invested in a new graphics package in hopes of making the product “pop” in the marketplace.

“Have we perfected everything? No,” said Moore. “We’re trying to up our game and be the best there is in harness racing. There’s a lot of shelf space and a lot of products out there. We’re trying to stand out.”

Add to the visual changes the installation of a passing lane, the addition of new water trucks and the hiring of former Meadowlands track man Gary Wolff, and it is clear that Hoosier Park parent Centaur is committed to harness racing in Indiana. The racing community has taken notice of the investment being made and the push to promote Hoosier Park as an entertainment destination with a racing product second to none.

“This has been an ongoing project for the last five or six years,” said Joe Putnam, a trainer and director for the local horseman’s association. “It really is a team effort, a mutual collaboration. We keep trying to build a better product for today as well as the future. The staff here at Hoosier Park is always looking to be better, to become better. They’re really pro-racing, and I think we’re very fortunate.”

The passing lane may not have played a factor in the outcome of each race Friday night, but as the meet goes on, leading driver Trace Tetrick feels it will have an impact.

“I didn’t have a chance to use it,” said Tetrick, a winner of three races on the card to start his title defense. “It’s a great thing to have, it gives you another option, and it will be used more and more. If you’re racing along the inside, now you have a chance to get loose.”

Putnam was one that used the passing lane to his advantage on opening night. Driving Nice N Easy Street in the 12th race, the duo found themselves fifth along the rail in the stretch. Edging down to the inside, Putnam advanced the trotter, sent off at 17-1 odds, to second as the field closed on the wire.

“Any kind of significant improvement is a positive,” he added of the change. “It’s just another win-win for everybody.”
The Freak qualifies at HoP

Millionaire and Breeders Crown champion Freaky Feet Pete kicked off his four-year-old campaign Saturday morning, April 2 with a qualifier at Hoosier Park. One of four pacers to go to the post in the second race of the morning, Pete was easily rated by regular driver Tetrick, who guided him through fractions of :27.2, :56.1 and 1:24.3 before coming home in :27.4 to wrap up a 1:52.2 mile. With the temperature hovering just under 40 and a strong wind to contend with, Tetrick liked what he saw from the Larry Rheinheimer-trained homebred son of Rockin Image, a winner by more than nine lengths.

“He came back really good, as good as when he was put away last fall,” the driver said. “He grew up a little bit, but he filled out more than anything else.”

Rheinheimer will look to get Freaky Feet Pete a few starts at Hoosier Park before pointing him to the $200,000 Battle of Lake Erie on May 21 at Northfield Park. Tetrick hopes to once again sit behind the champion pacer as often as possible. Owned by Mary Jo Rheinheimer and Marty Rheinheimer, the pacer has been staked more heavily than in previous campaigns, opening the door to increased starts outside Indiana.

“I’d really like to stay with him, but that’s up to Larry and Marty,” Tetrick said. “I’d like to take every opportunity I have to stay with him. I’m hoping for a smooth transition for him from three to four.”