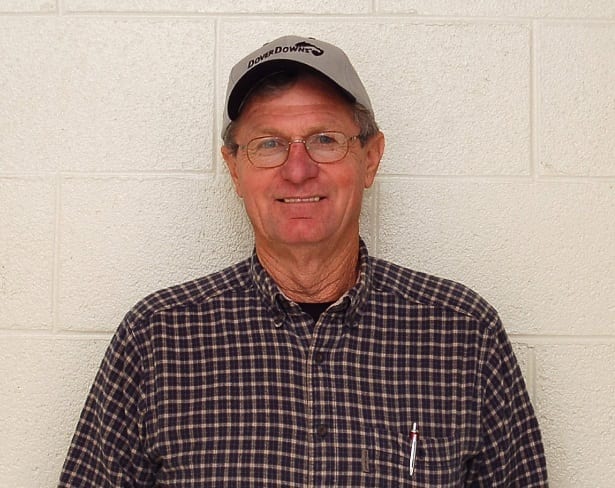 Thanks to the gelded trotter’s successful exploits in 2015, his part-owner Ken Wood was able to dig enough wells to bring clean water to some 50,000 people in Ghana and Tanzania.

Among JL Cruze’s many accomplishments in 2015 — the Dan Patch Award for older trotter of the year, 16 wins in 21 starts, $627,456 in earnings and being the first horse to trot a 1:49.4 mile on a mile track — all of them pale in comparison to what the gelded trotter did to improve the lives of villagers in Ghana and Tanzania.

JL Cruze is scheduled to make his 2016 pari-mutuel debut tonight (April 1) at the Meadowlands in a $25,000 open handicap trot, but no matter how well he does this year, it will be hard to top what he did in 2015. His part-owner Ken Wood of Denton, MD said the trotter is directly responsible for 50,000 people having clean drinking water in areas where the poor water quality can be a killer.

“Especially in the dry season, people are walking many miles to get water and the water is contaminated and that’s all they have. There’s nothing else,” Wood said. “It’s just phenomenal the need that there is there. People are dying from it, sick all the time due to parasites and diseases.”

Wood owns Lifetime Well Drilling, a company that has been drilling water wells in Maryland and Delaware for over 40 years. Ten years ago, he began drilling water wells in Africa. In the decade since, he estimates he’s drilled 1,500 wells and helped about one million people get clean water counting his work in both Ghana on the west coast and Tanzania in eastern Africa.

“It’s an incredible story, not only this horse, but what Ken has done these past 10 years with the people he’s helped and all the trips he made over (to Africa) and the money that he’s put in to helping people. It is a heart-warming story and a tremendous tribute to his generosity,” said JL Cruze’s driver, John Campbell.

But Wood’s humanitarian work almost came to a stop before JL Cruze became one of the most pleasant surprises of 2015. Wood’s accountant was telling him to slow down on the well digging. The money was running out.

“His accountant had advised him to get his horses racing better and JL Cruze came along at an opportune time,” Campbell said.

“It was very welcome to get (JL Cruze’s) money to help us out,” said Wood, who owns the son of Crazed out of Topcat Hall with Bill Dittmar, Jr. of Langhorne, PA and Stephen laquinta of Havertown, PA. The trio purchased the gelding for $37,000 at the Standardbred Horse Sales Company’s Mixed Sale in November of 2014 after the trotter earned just over $30,000 combined at ages two and three.

JL Cruze began 2015 as a relative unknown, but made headlines last summer under the tutelage of Eric Ell thanks to victories over Dan Patch Award winners Father Patrick, Sebastian K, and Shake It Cerry. In addition to his 1:49.4 mile while capturing the Graduate Series championship at the Meadowlands, JL Cruze also set the world record of 2:04.2 for the distance of 1-1/8 miles in the Hambletonian Maturity and equaled the world record of 1:51 for a four-year-old gelding on a five-eighths oval in the Sun Invitational at The Downs at Mohegan Sun Pocono. His three world-record performances came in consecutive starts in July.

But JL Cruze’s season came to an end after he finished 10th in the Maple Leaf Trot on Sept. 19 at Mohawk. The New Bolton Center in Pennsylvania diagnosed JL Cruze with a heart-valve problem caused by a virus that restricted his breathing to just 60 per cent of his normal oxygen intake.

While Wood is loathe to talk about JL Cruze’s prospects for 2016, lest he jinx his star, Campbell said he’s optimistic JL Cruze can return to the form he had at his peak last summer. JL Cruze won his two qualifiers in March at the Meadowlands in 1:54.2 and 1:54.1, respectively.

“I was very happy and encouraged with both qualifiers. He was very good in both of them. It’s a little deceiving how windy it was down there for both qualifiers, but he finished up well. I haven’t pulled the plugs on him, yet,” Campbell said. “But, having said that, part of the reason for his success last year was him starting out where he could get his feet under him and win races. He just gained confidence. Physically and mentally, he got stronger winning those races. It can’t be overstated. So, it’s a little different situation starting out against the competition he’s going to face Friday night and then he’s back in Wednesday at Dover. It’s different, but having said that, I think he’s got the potential to have a really good year just based of those qualifiers. He was very sound and I thought he acted really well. He got a little taller and actually filled out a little bit from last year, too.”

Wood said JL Cruze was responsible for buying about 10 miles of water lines to help deliver clean water to a village where the ground was too rocky to drill. That instantly helped improve the lines of 10,000 people.

“That was definitely Cruze’s money that did that. I have another guy in India that keeps asking me to come there. I drilled seven wells there. After one of Cruze’s races, I sent him some money to get another well. It just helps the cause. I’ve had many opportunities to help many people,” Wood said. “It’s fun to have some extra to make it work.”

“I had to borrow money for another rig just recently. I’m in the hole right now, but I’m not stopping,” he said. “Hopefully, he’ll have another good year, or the other horses will, and something will work out. We haven’t stopped in 10 years through the recession and all that. We’re averaging a couple hundred wells a year now for the last three or four years. We’ve got rigs in Ghana and Tanzania.”

He said it costs about $4,000 for someone to buy a well and help a village. Those wishing more information can visit www.wellsforghana.org where donations are gratefully accepted.

Wood has been a standardbred owner for more 35 years. Campbell said the owner is a credit to the sport.

“It’s just tremendous that a guy from our business has affected that many people in such a positive way. We take it for granted, but this is a life-changing mission that he’s been on,” Campbell said.

Wood, who travels to Africa four times a year for three weeks at a time, said, “It’s a privilege to be able to help as many as you can. My goal is just to keep going as fast as I can and help as many people as I can.”

His reward is seeing the incredible appreciation on the faces of the people he’s helped.

“They appreciate what you do for them. That’s for sure. That’s our paycheck seeing their appreciation for what we do,” he said.

“There’s no better feeling than to go to a village that did not have water and see them with clean water and knowing they’re not sick and dying. It’s a very good feeling.”