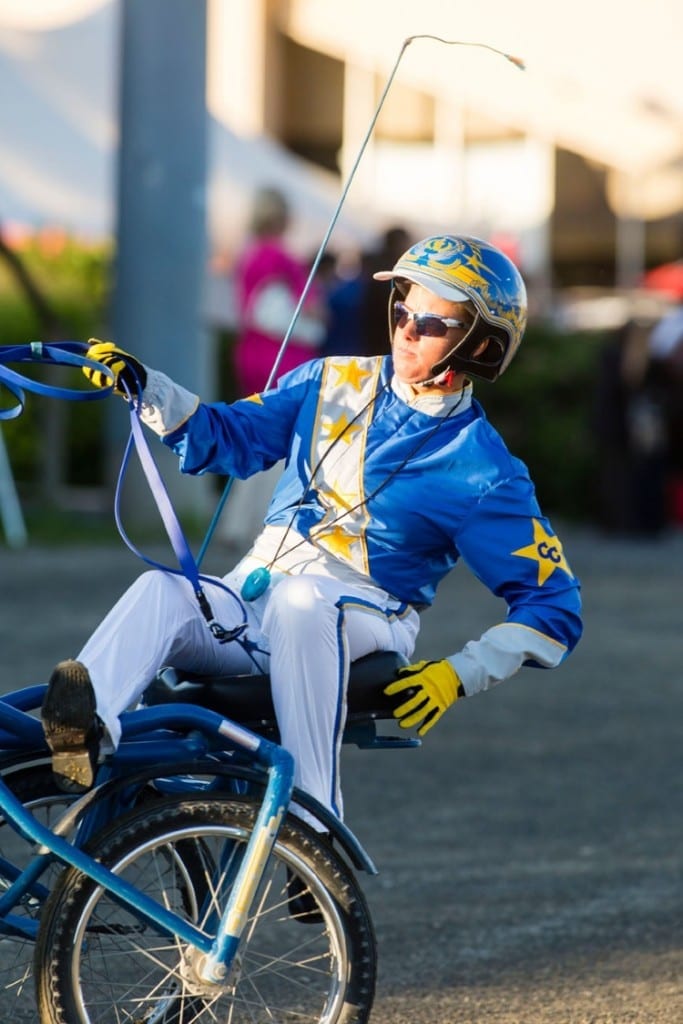 The five-time Canadian trainer of the year said she’s regained her happiness — and her life — by downsizing her stable to a manageable number of horses.

I did it for many years, but hated my life. What little life I had that didn’t involve working non-stop left me stressing all night about horses, etc. I was always worried I was going to forget an entry, piss off an owner, be short staffed when you lose some, miss something on a horse. I will never go that big again as life is now great!

Casie Coleman is well aware the letter she wrote in mid-March, the one in response to a Harness Racing Update article on George Teague, has elicited strong reactions. Some have voiced their support for the high-profile trainer, while others haven’t been so kind.

It comes with the territory, she acknowledges, when you make a major life and career decision, a choice that has ultimately brought the 35-year-old a contentment for which she has long pined.

Coleman, who has recorded 2,205 career wins since she joined the trainer ranks in 1997, doesn’t expect an outpouring of adulation for opting to downsize her operation. She also understands why people would openly question her rationale.

So, what is the impetus behind her decision? Why would a trainer who has had years of major successes, celebrated victories in the sport’s most celebrated races, and consistently ruled the Woodbine Entertainment Group (WEG) circuit, drastically alter her standardbred game plan?

“Over the years, we were getting bigger and bigger with our horses — 110, 120, I think 130 was the most,” said the British Columbia native and long-time Ontario resident. “You were just rolling with it, riding that wave. I wasn’t realizing how out of shape I was and how it was taking a toll in other ways. It was race, race, race.

“I just wasn’t happy. It got to a point that if we didn’t win, I was getting angry. The phone was ringing non-stop and I couldn’t relax. Things needed to change, so I made the choice to have fewer horses. For me, it was the right choice.”

She reminded herself of that during a recent vacation, a “trip of a lifetime,” that took Coleman to Australia, New Zealand, Tahiti and Bora Bora. It also took her away from the racetrack for six weeks.

The notion she doesn’t have the same affinity for her horses or the drive to succeed chafes Coleman.

During her vacation with boyfriend and fellow trainer Mark Herlihy, she made pre-planned visits to see her former superstars American Ideal, stationed at Woodlands Stud in New Zealand, and Sportswriter, who stands at Pepper Tree Stud, in New South Wales. They missed seeing Betterthancheddar by two days.

There were also trips to a yearling sale and to racetracks.

“It was wonderful to see American Ideal and Sportswriter,” said Coleman. “It was great to see the yearlings, the racing and the horses.”

Some high-profile owners, including Adriano Sorella – who she won the 2013 Little Brown Jug (Vegas Vacation) with – and Tom Hill — part-owner of 2010 Coleman’s Jugette winner Western Silk — have severed ties with Coleman. Others, like Ross Warriner, have stuck with her.

The pair — Coleman typically owns a piece of most of the horses in her barn — own horses together through West Wins Stable.

“I have some awesome owners,” she said. “I’ve also had a share of ones that weren’t so good. The bottom line is that I want to race at a high level and I want to win. That won’t ever change. Having a smaller number of horses has been good. You still can’t turn your phone off, even if you are on vacation, but I feel happier than I’ve ever been. Before, I couldn’t relax.”

It was a dozen years ago when Warriner first met Coleman. She managed to make a good first impression before they even spoke.

“I walked into her barn and there was a groom that was being a little rough with one of the horses,” recalled Warriner. “Well, she took care of that. She tore a strip off him. That was significant to me. What I saw was someone that loved her horses. She has always cared for them.”

“I can’t even recall how many sales we’ve been to together,” he said. “She’s got a great eye and great knack for finding the good ones. To this day, I haven’t figured out her process.”

As for what impresses him the most when it comes to Coleman, Warriner ruminated before he responded.

“She always keeps her owners informed about their horses,” he said. “That would be it.”

Which means just as much to Coleman as a trip to the winner’s circle. Yes, there are fewer horses for her to tend to. No, it doesn’t mean she’s less invested in their welfare and on-track performance.

“I mostly have two- and three-year-olds,” she said, of a stable that includes sophomore Betting Line, who finished second in the Metro and won the Ontario Sires Stakes Super Final in 2015, as well as Twin B Thong, a daughter of Sportswriter who won three of nine two-year-old starts last year, along with eight top-three finishes. “It’s exciting to watch them develop. We have a few older ones, too. There’s no more overnight or claimers. It doesn’t matter how many you have — you race to win and every time you do, there’s no better feeling.”

It’s another example of what prompted her to write the letter to HRU.

Awesome, truthful, interview. Well done and best of luck this season. I used to have 120-130 head, was winning everything and I hated it! It sucks the life out of you working 24-7 and getting yelled at lots and stressing out when they’re not all winning, etc. Now I have 24 horses, own part of all of them with awesome partners and love training and life again.”

The most meaningful word from that excerpt for Coleman is ‘again.’

It’s one she uses frequently when she speaks of her life at and away from the races. I’m enjoying everything again. I’m happy again. I’m smiling more again.

Go big or go home? Not for Casie Coleman.