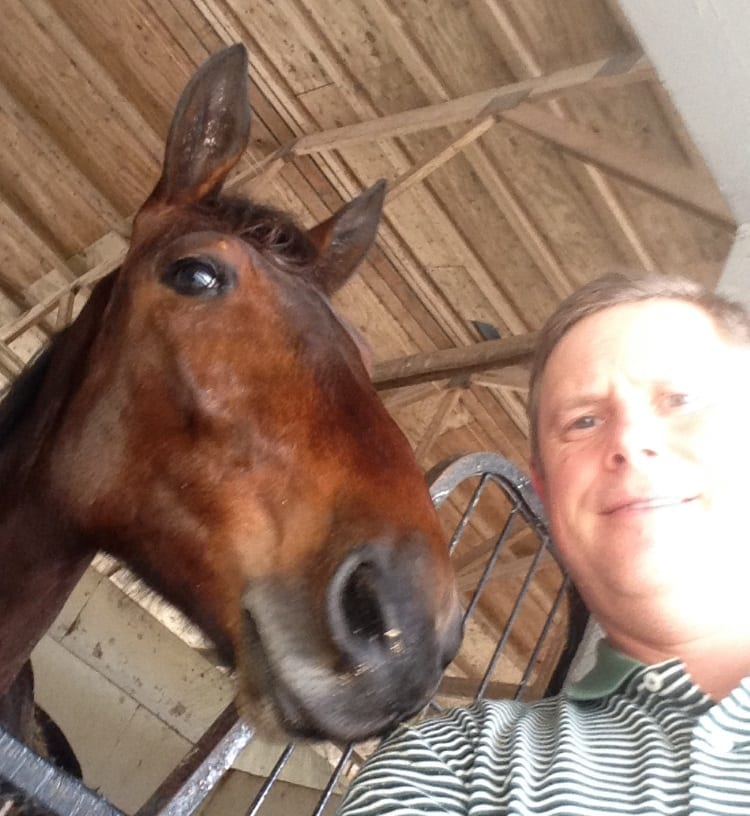 Switlyk: South Florida fire is like  “lightning struck me twice”

Owner is grateful one of his two homebreds was rescued, but the barn fire that killed  his two-year-old Somebeachsomewhere filly is the second tragedy in that family.

It was the second Somebeachsomewhere filly out of Switlyk’s mare Done Being Nice that died tragically at two.
Just three years ago, Banner Beach Day – the first foal out of Done Being Nice — won three of her first five starts, including a $114,000 Pennsylvania Sires Stakes race. The she contracted Potomac Horse Fever, developed laminitis and had to be euthanized.

“I had to beg Hanover Farms because at the time Somebeach was a hot stallion and I’m just a small breeder. I’m an individual. I’m not a big farm,” Switlyk said. “I actually wrote a letter to Jim Simpson and begged for a breeding because I said, ‘That first one was going to be a superstar. She was three-for-five. She was going to be a top horse.’ So, they gave me another breeding and this is the one I just lost (in the fire).

“I lost two Beach fillies out of the same dam at two. It’s hard to make this up.”

Fortunately, the other horse Switlyk had in trainer Roman Lopez’s barn — Selfie Onthe Beach’s three-year-old half-brother, Jimmy — was rescued by Lopez, who was living in the barn.

While Switlyk said he’s thrilled the Big Jim colt is alive and recovering from burns and “lung issues” related to the smoke, he said he’s “a little stressed” about the mounting vet bills — bills the Berkeley Height, NJ-based owner said are not being covered by Sam Stathis, contrary to some reports saying Stathis was paying the vet bills for all the horses injured in the fire.

“I’m going to do right by the horse. I bred this horse, I care very much about this horse. I told the vet, ‘Do whatever you’ve got to do to try to nurse him back.’ But there’s obviously a big cost involved here. Everybody suffered losses, Roman, (trainer Tom Haughton), all the owners involved. But I’d like to raise a little awareness about the cost of the bills at the clinic. I think that’s important.

“There were 11 horses that were saved — four got out right away, but there’s seven remaining at the clinic and it’s very costly.”

Switlyk said Jimmy “raced twice at two and he got some splints that were bothering the heck out of him. So, Roman said, ‘Let’s shut him down, we’ll take care of him. We’ll bring him back and we’ll try to race in the sires stakes next year.’ He was looking tremendous. He was very skinny. He didn’t have a lot of weight on him, but he was tall and lanky last year. He just filled out beautifully. What a beautiful horse.”

The owner said the community at the South Florida Training Center is “heartbroken,” but some incredible stories are beginning to trickle out.

“I spoke with a lawyer this morning and he told me about an incredible rescue of one of the horses,” Switlyk said. “The way the fire ended up happening, I guess there’s an overhang on the barn and the roof collapsed. Then as the roof collapsed, the overhang on the barn folded over the gates of the stalls, almost like a garage door going down. The horses were just completely trapped in there. That added to the loss, obviously, just the whole mechanics of the fire. That’s the reason the horses perished… But one of the horses was trapped and had some structure that landed and he could not move either way and this guy lifted it up and the horse got out.”

It’s too early to know if Jimmy will ever make it back to the track, but Switlyk is holding out hope. After all, Done Being Nice and a few of her offspring, are all the horses has left in the game.

“I’m an optimistic person. I’m hopeful something good comes out of this. I’m always chasing for that great superstar. Who isn’t chasing for that superstar? I had a lot of hope for Jimmy. I thought he was going to be the one. Who knows? He could still recover and maybe not this year, but maybe next year,” Switlyk said.