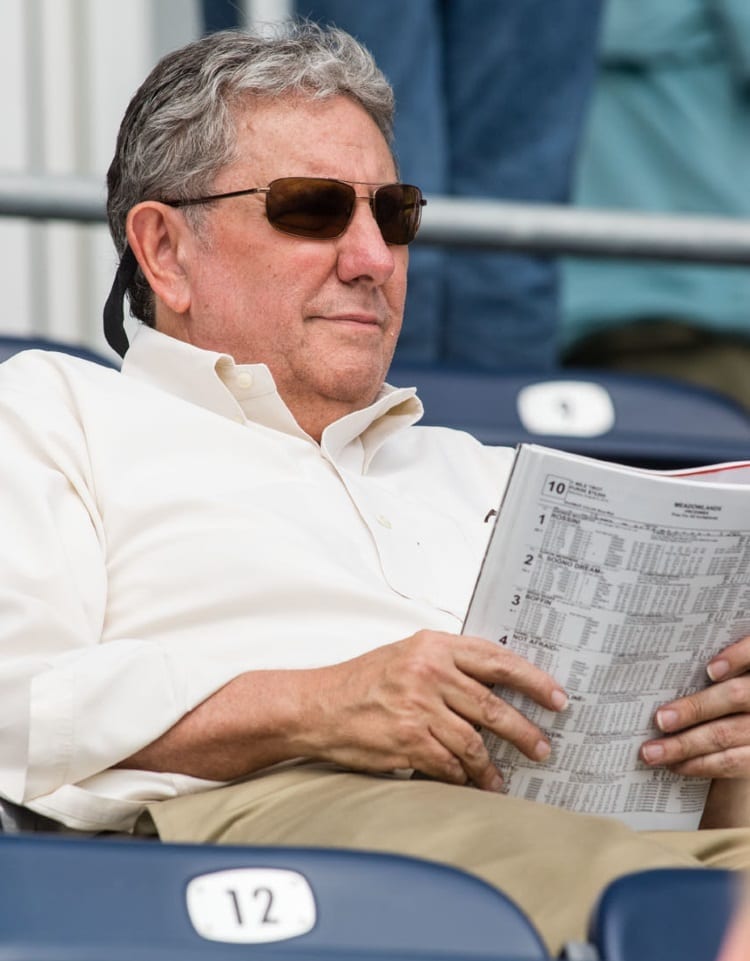 The owner of the Meadowlands Racetrack said there’s a lot of hard work and money to be spent, but he’s hopeful New Jersey voters will see the logic of approving two casinos in the north of the state — one of which could land at the Big M.

Jeff Gural said Wednesday, “the odds are pretty good that there will be a casino at the Meadowlands” after New Jersey lawmakers voted overwhelmingly Monday to add a Nov. 8 ballot amendment asking voters to decide whether to authorize two casinos in the northern part of the state.

The owner of the East Rutherford, NJ track said he’s “pretty confident” the measure will get enough votes to pass, “if we have the resources to mount a campaign.”

He said estimates are that it will cost between $20 and $40 million to educate voters on the reasons to vote in favor of allowing the casinos, which, if approved, would be the first authorized in the state outside of Atlantic City.

“Our polling shows that if we get the message out, we do okay. But if you just strictly say, ‘Are you in favor of adding casinos in the north?’ the vote would be no. So, it’s critical that we have the money to get our message out, because it’s a presidential election year and it’s going to be important that we have the resources. Plus, it’s unknown how much the opposition is going to spend to get their message out that casinos are bad for people… It could be a very expensive, bruising campaign, or it could be not so bad. It’s unknown at this point.”

Gural said he was pleased the measure passed 54-16 in the state Assembly and 34-6 in the Senate. The initiative needed a three-fifths majority to be placed on the ballot this year.

If voters approve the measure, the Meadowlands is considered a prime location for one of the casinos. Jersey City has also been mentioned as another likely location.

“The way the law is written, I can’t bid on it. I have to partner up with a casino company in Atlantic City. So, the trick is to find the right partner in Atlantic City and someone who will commit to spending the money to getting it passed,” Gural said. “There’s only six companies that can bid on this. One of those companies, Carl Icahn, has already come out opposing it, so I’m down to five.

“I have spoken to several. I have been approached by almost all of them. Everybody agrees we have the best location. So, basically, I’m in a good spot.”

Gural said if voters say yes to northern casinos he’s also in a good position to have a casino up and running at the Meadowlands before the end of 2017.

“I think that if it does pass we’ll actually be able to convert part of the existing track into a casino. I would expect that if it does pass you’ll see a casino at the Meadowlands at the end of next year while, at the same time, we’re building an extension… You will see slot machines and table games at the Meadowlands and we would move the simulcast area to a separate building.”

Gural said he’s not sure, yet, how much a casino will impact racing, but it shouldn’t hurt.

“The way the law is written, a minimum of two per cent has to go for horse racing, which would be divided evenly between the thoroughbreds and the standardbreds. So, the only thing we’re guaranteed is to get one per cent of the slot revenue, which is much lower than other states. In New York we get 10 per cent. In Pennsylvania, they get 10 or 11 per cent. Ohio, I think, gets 10 per cent. So, it remains to be seen, if in fact, the horsemen are going to be able to convince the legislature to give them more than two per cent,” Gural said.

“The governor could also veto the portion of the money going to the horsemen. So, we have two problems: One, to convince the politicians to give us more money and then convince the governor not to veto it. On the other hand, the thoroughbreds have told me that their intent, if we were able to get a casino, would be to race thoroughbreds in the fall at the Meadowlands like they used to. They would have to pick up the cost of changing the dirt to thoroughbred dirt and then changing it back. As a result, we would be limited, basically, to racing (standardbreds) Christmas to Hambletonian. The likelihood is we would only race 90 days. So, even though we would be getting between $8 and $12 million, which we would have to split with the breeders and Freehold, it would help. Yonkers races 250 days. They’re getting $50 million and spreading it over more days.

“It’s possible that I could try to persuade my partners to give money up from our piece. Typically, casino companies don’t do that and don’t have any real love for harness racing the way I do.”

Gural said he’s concerned that if the Meadowlands runs short fields this year it will be more difficult to convince politicians that the harness racing industry is a viable one in New Jersey. It’s one of the reasons he made a push to have the Breeders Crown at the Meadowlands this year (Oct. 28-29), rather than in 2017, which was the original schedule.

He said playing host to the Crown will cost some $900,000 this year, part of an estimated $6 million in overpayments to the Meadowlands stakes program he said he is covering this year.

“I’ve been subsidizing the purses to keep the stakes going. We expect to end the year with a $6 million purse overpayment. I can tell you this: if that legislation doesn’t pass, then next year there will be very few stakes races at the Meadowlands. It doesn’t make sense for me to continue to subsidize the stakes program,” Gural said. “I wanted to keep the stakes program viable to help convince the legislature that we had a viable harness racing industry.”

Even with a lower cut of casino revenue flowing directly to the horse racing industry, Gural said he thinks the Meadowlands could be competitive on purses with tracks in Pennsylvania and New York, “if we would do what Yonkers does and keep the purses low in the winter and use all the money in the summer.” The Meadowlands also has the advantage of having the highest handle of any North American harness track.

“We have more money going in from racing than any other track in the country. So, we don’t need as big a subsidy as a track like Yonkers where the handle is minuscule or tracks like Chester or Pocono where the handle is even lower than Yonkers. We bet more in three races than Yonkers bets all night. We probably bet more in two races than Chester and Pocono bet. We have more revenue from the racing side of things,” Gural said.

While he works to try to line up an Atlantic City partner and mount a campaign to inform voters, Gural said he has appealed to the United States Trotting Association for help to try to help alleviate the horse shortage problem.

“I’m hoping the USTA will address the horse shortage and will try to get all the tracks in the northeast together in a room so we can start reducing the number of race dates so we do have enough horses. Clearly, over the next few years there’s not going to be enough horses to continue to race as many dates as we do.”

As for educating voters, Gural said the key is pointing out that voting to authorize northern casinos “is the only way to save Atlantic City. Atlantic City has become a run-down dump. Anyone that goes to the boardwalk, you have to drive through a slum to get to the boardwalk. There’s no other source of revenue to rebuild the town and this would give them over the next 15 years probably $3 billion and enable them to really rebuild Atlantic City into a major destination resort like Las Vegas. The growth in the gaming is in not so much people sitting at a slot machine, because young kids really don’t want to sit in front of a slot machine. It’s more in the restaurants, night clubs, the beach, entertainment, concerts, all of that other stuff.”