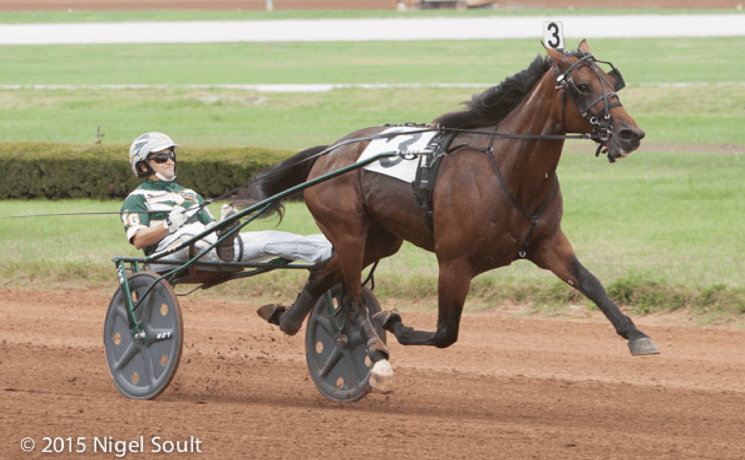 LEXINGTON, KY – It was about this time last year that Ron Burke was setting the harness racing world on fire with a world-record setting 2-year-old by Muscle Hill. As the late, great Yogi Berra would say, “it’s deja vu all over again.”

One year and six days after Mission Brief set a world record for 2-year-old trotting fillies with her sensational mile at The Red Mile, Southwind Frank added the Burke name to the record books yesterday. Driven by Yannick Gingras, he won a division of the International Stallion Stakes in 1:52.2. Though that’s still considerably slower than Mission Brief’s 2-year-old mark of 1:50.3, it did set a world record for 2-year-old male trotters on a one-mile track.