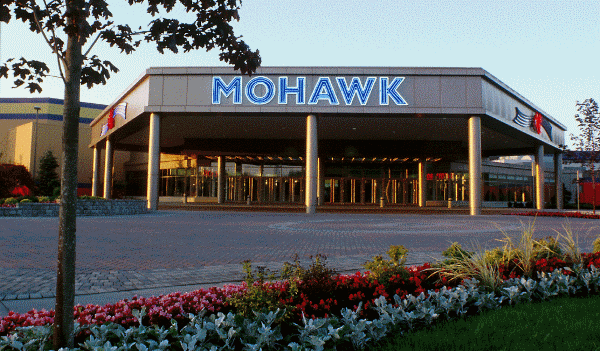 Woodbine Entertainment Group is considering changing Woodbine Racetrack into a strictly a thoroughbred facility – which it once was – and shifting its entire harness racing program to Mohawk Racetrack as of 2016.

Jamie Martin, WEG’s vice-president of racing, told Harness Racing Update on Friday that the company is considering the idea but hasn’t made any final decisions.

“It’s been discussed before, we’re looking at again and we’re looking at it seriously,” Martin said. “We’re considering it. It’s not something that would affect our 2016 schedule, that’s for sure. We’d have to look of that project and whether it would make sense. But what we do have is a demand here for more turf racing.”

If the decision is made to go forward with the idea, the harness track at Woodbine will be converted into an inner turf course. That’s what the plant had featured, along with a longer, wider outside turf course when Woodbine was built in 1956. That changed in 1994 when the Ontario Jockey Club, the forerunner of WEG, closed Greenwood Raceway, which had thoroughbred and harness racing, after the 1993 season.

“We’re basically racing (standardbreds) at Woodbine in the winter, so that means the track’s not used most of the year and we are evaluating the benefits of racing standardbreds at Woodbine at all,” Martin said. “We moved (harness racing to Woodbine) in 1994 before there was off-track wagering, before Internet. We do okay betting on the (standardbreds) here at Woodbine, but it’s not so much a destination for customers anymore. That’s not news. A lot of people say that. It’s not as good an experience as it is attending the races at Mohawk.”

The Breeders Crown will be at Woodbine this year. Mohawk has been host to the Breeders Crown before, but Woodbine became the preferred site because it has a larger dining room and can accommodate more customers inside when the weather becomes significantly colder in October.

Standardbred horsemen and harness racing fans have never been particularly fond of Woodbine because it doesn’t offer the same intimacy as Mohawk. Some horsemen lived in and around Toronto and stabled their horses at Greenwood, but when that track closed, the majority of horsemen shifted their operations and residences near Mohawk. It is about an hour’s drive or more northwest outside of Toronto in Campbellville, and while significant infrastructure changes have been made to modernize it – including changing from a five-eights mile track to a seven-eighths mile track – Mohawk has always had a reputation as a rural oval.

“There’s just a bunch of factors,” Martin said. “Even if we went back five years ago we probably bet 10% more on standardbred racing at Woodbine than we do at Mohawk. But that’s changed. The betting is higher at Mohawk than at Woodbine, which is mainly reflected in the fact it doesn’t matter what the on-track handle is because it’s (mainly) off-track wagering. We’ve been asked before to look at this by standardbred horse people.

“If we were going to do all this, we’d have to do some work at Mohawk before it can happen, but the customer experience for standardbred racing is not near as good as Mohawk. Woodbine is a multi-use, multi-purpose track here, but that doesn’t work in lots of sports anymore, including what we’re trying to do here.”

The idea of year-round racing at Mohawk was mentioned in a report commissioned by the Ontario government before the decision was made to end the popular Slots At Racetrack Program in 2013. The report raised the ire of both thoroughbred and harness horsemen at the time, in particular when the report said the government was subsidizing the overall horse racing industry.

“When we renovated Mohawk for summer racing in 2005, all the good stakes race aside from the Breeders Crown (were moved there),” Martin said. “It just really has become the preferred venue of choice for harness racing.”

Martin could not say if WEG would consider Mohawk as a future venue for the Breeders Crown if these changes are made. The earliest opportunity would be 2018 following events at the Meadowlands and Hoosier Park.

“Potentially (this might be the last year for the Breeders Crown at Woodbine), but it might not happen either way,” Martin said. “These are all long-term objectives and whether they would be accomplished in advance of another Breeders Crown event coming to Toronto is hard to say.”