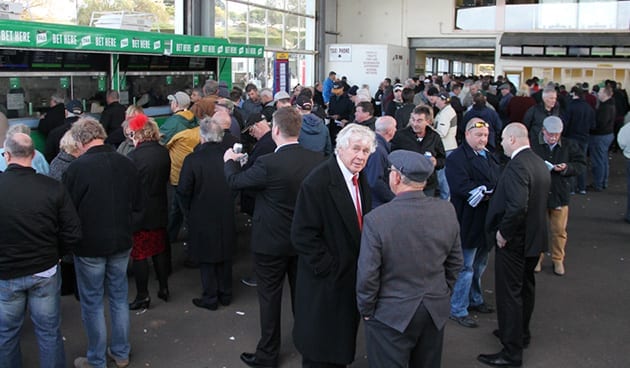 Young People Aren’t Betting. Can Harness Racing Do Anything About It?

You are probably saying, oh boy, here comes another column about young people and racing.

‘They have short attention spans, so we need to give them action, like slot machines do.’

‘They like concerts and bands, so we have to change the on-track experience to meet these needs.’

‘Once we get them in the building, they will get the “bug” just like we did when we were their age.’

I promise you won’t read anything like the above in the following as a solution. Scout’s honor.

“Millennials” is a term we often read or hear, without really knowing what it means. Generally, a millennial is simply someone born between 1980 and 2000. In the US alone, there are 87 million of them, and they make over 1/3rd of all retail purchases in the country. Appealing to this demographic means big dollars and it is more important than ever before.

Like WalMart or any other retailer, casino gambling (and horse racing for that matter) has been trying their best to attack the market. Getting these kids (I call anyone under 35 a kid, forgive me) to gamble is paramount. But, a funny thing has been happening. They aren’t gambling like they used to.

Recently, Jeff Hwang, a gambler, President of a gaming company, and a member of this coveted demographic, penned an article for the Motley Fool titled, “The Millennial Problem, Why We Don’t Gamble.” In the well-researched essay, Hwang explores the reasons why Las Vegas Strip gambling revenue only makes up 37% of total strip revenue, despite Vegas doing a lot of the right things. Las Vegas, as many of you well know, has delivered young people into the building – with night clubs, concerts, and all the rest – but these folks are going for night clubs, concerts and all the rest. They are not gambling.

Hwang speaks about the hand-wringing that goes on in casino executive offices, and frankly a lot of it reads like exactly the discussions racing has about the same topic. Everyone seems to be looking for a solution to a problem in the abstract, without looking at the real, fundamental issue: The declining economics of being a gambler.

In a recently released report, “Slot Market Assessment: Analysis of Industry Data” the eroded value of the gambling dollar for slots was examined. As the following graph shows, industry holds for slot machines have been creeping upwards.

In addition, new technologies have allowed for quicker slot game play, from around 10 spins a minute to 17 spins a minute. As Hwang notes, “in short, the slot player is losing more money faster than ever before.”

What happens when you feel you are not getting a fair shake, and losing too much money at a game? You play less, of course, and that’s exactly what’s been happening. Again, from the same report, below is a graph showing the rise in income, versus slot machine handle in the US.

Although the above is true for all gamblers, when it comes to millennials it’s even more pronounced, because they’re different than baby boomers and Gen X’ers in one big way.
Hwang: “Millennials who have come of age during and after the poker boom of the 2000s, have the benefit of the Internet and all of the gambling knowledge that wasn’t available to previous generations – are more knowledgeable and generally less stupid about gambling than any generation to come before us. Millennials (and the rest of America) are doing what you would expect people to do when they become more knowledgeable about gambling — gamble less in larger amounts for profit, and more in smaller amounts to hang out.”

The thing is, millennials and those like them, are not stopping gambling, they are just not gambling on games the casinos want them to gamble on.

Why do younger people gamble on “DFS” but not nearly as much on blackjack, table games or slots? There’s a strong case that “DFS” is something they think – with knowledge and extreme skill – they can beat, and they are probably right. We see winners advertised all the time.
Let’s look at harness racing from this perspective. Is there value? Can they, with hard work and skill, become a winner?

Your average race on say a half-mile track, is an affair which will yield favorites that win almost one in two races; that’s like a coin flip. For the pleasure of wagering on that event, patrons will lose upwards of 20 cents on every dollar bet. Let’s pose a question: If you went into a casino and played a game of coin flip with the house, where for a dollar wager the house keeps the dollar when you lose, but gives you 80 cents when you win, how long would you play that game? Not long, I imagine. We should not expect a smart, knowledgeable-about-gambling millennial to either, but that’s the proposition harness racing is offering them at most racetracks.

We often give advice to newbie gamblers that they should bet the good drivers, and really it’s not terrible advice to catch a few winners. At Yonkers, since 2014, the top two drivers with favorites are Jason Bartlett and Brian Sears with 45% win rates. There’s that coin flip again. Well, maybe you’d instead tell a new racing bettor to just play these drivers when they’re longer shots. That’s even worse. At 5-1 odds and higher, Brian and Jason bring home about 5 out of every 100 of these horses, returning about 70 cents of each dollar bet.

It’s not dissimilar with two-horse exotics. The takeout is high and the outcome is not very difficult to come up with (many exactas pay under $10). You can give away hats, stage concerts, or just about everything else and not get people with a predisposition to gamble, to gamble on that kind of a game.

So, if harness racing is delivering a lot of low-paying chalk, and young people are avoiding gambling games with little value, what can harness racing do? Maybe a few things:

1) Fixed odds and Exchanges need to be at the very least examined. In Australian racing, fixed odds wagering (low takeout bets without late odds drops) has been growing rapidly. In 2014, this form of wagering at Australian service provider TabCorp was up 26.5% to $511 million, with over 60% of it occurring on horse racing, not sports. Why does this work? It’s lower takeout, it’s perceived to be beatable and it’s modern. In addition, for the same reasons, exchange wagering has been embraced by these younger bettors. I remember presenting at the Hambletonian Society conference many years ago now about a betting exchange test in the UK. In a ten horse field harness race – the first time a harness race was offered on the exchange – almost $200,000 was traded. If you have anywhere near 50% hit rates for favorites, you will never grow handle at any multiple in the current high rake, static system. Never.

2) Lower minimums sound good and attract money, but for harness racing they are breaking customers, and in the long run are a net industry loss. This is a tough part of an overhaul to get passed, I know, because this is a long-term view and will result in short term handle losses, but the fact is, 10 cent or 20 cent pick 3’s, doubles, etc, suck the value out of the pools where no one wins. Again, it’s simply a function of the nature of the sport, with high favorite hit rates. This is why the super high fives seem, at times, to do very well. They are harder to hit, and when something is hard to hit, there are many who will put in the time, money and effort to try and make a perceived positive expectation bet. Add a carryover for this pool (a carryover is lower takeout and more value) and then you’re really onto something. Harness racing needs more bets that reward smarts and skill, not fewer.

3) If you can’t change the system, change the races. If you have too many favorite, high hit rate bets, lower the hit rates. Why does the sport card a six-horse field with a 1-5 shot? Why is any race carded that’s not deep, complex and hard to decipher? Why in heavens name are the best posts given to elimination winners when potential long-term customer eyeballs are watching stakes races? Remember, the easier a race to handicap the harder it is to win long term at, at current takeout rates. Harness racing has been carding about the exact same races that they carded in 1915, expecting to have the old days come back. It’s simply not going to happen. The new crowd is, as Mr. Hwang notes, too smart.

Horse racing has never been particularly cutting edge. I remember many years ago, Mark Davies, then a director at Betfair, travelled UK racetracks for a discussion about “What Will Racing Look Like in 2020.” In one segment, Mark spoke about new smartphones and how racing having a betting, information and technological presence on them would be wise, especially since it was forecast that younger people were going to be using them more and more as a part of their daily lives.

The response he got from one racing executive was, “Not everyone has an iPhone.”

Ten years or so later we’ve moved well beyond that. It’s not just about technology, showing races or handing out past performances on a smartphone or tablet. Attracting millennials to wager is not about bands, or action, or time between races. It’s not about them getting the horse racing “bug.” It’s not about taking them for a ride in the starting car. Las Vegas is noticing, although it’s important, it’s not just about getting young people into the casino, it’s about getting them to bet while they’re in the casino.

Today’s gambling world is about delivering increasingly smarter, sophisticated gamblers a modern betting outlet they believe they have a chance to beat. Harness racing is a skill game with built-in advantages with a lot going for it. To engage these younger users, it has to be presented in their way, not yours and mine.