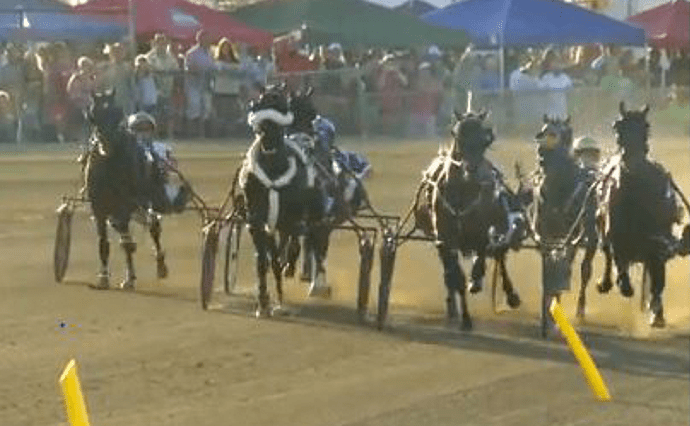 In Jug, No Kicking, No Slashing, No Problem

By Bill Finley
Photo: In a heated stretch drive in the Little Brown Jug, the drivers didn’t find the need to kick or excessively whip their horses

To some, that might just mean the end of the world as we know it, a calamity for bettors, drivers and owners whose horses would be so unfairly handicapped by rules that all but placed a pair of handcuffs on the drivers before they got into the sulky.

Turns out it’s complete nonsense, and nothing proved that better than this year’s Little Brown Jug.

It was a race for the ages, one that pitted a superstar with a heart bigger than the state of Ohio and a spunky underdog who would not go away. It was as great a race as any of us have ever seen among two horses who clearly delivered everything they had. And it was accomplished with Wiggle It Jiggleit’s driver Montrell Teague playing by the rules.

“That has to be in the back of your mind now because everyone is changing to hands in the hand-holds and as minimal whipping as possible,” Teague said. “I’m trying to make it a habit. You can still do it one handed, but I try to do it as little as possible.”

Though Teague is just 24, he had some old school in him. He was fined $300 for excessive use of the whip on Wiggle It Jiggleit in the Cane Pace and was fined in August by Delaware authorities for excessive or indiscriminate use of whip and causing a visible injury to a horse at Harrington.

Teague said he never hit Wiggle It Jiggleit in the Jug final because of what he learned in the elimination on a day when Wiggle It was on the steppy side.

“In the first heat, I was tap, tap, tapping,” he said. “He stutter stepped a little bit. We got around the turn, I had a little bit of room to maneuver and flipped his tail up. That seemed to work the best. It worked out better than just hitting. He just needed little bit of encouragement, he didn’t need the whip.”

Maybe Teague has learned his lesson or maybe he knew he was not going to get away with anything in Ohio. More so than any other state, Ohio has cracked down on drivers kicking or excessively whipping their horses. Ohio Racing Commission Chairman Bob Schmitz said any driver coming into the state to drive for the first time is handed a set of rules and, basically, told the state has will not tolerate anyone beating up on a horse in any way.

“What the commission did was simply a matter of our doing the right thing,” Schmitz said. “We had very few violations all that week at Delaware. People understood the rules and we were delighted that they put on a great race in the Jug.”

Schmitz had heard all the reasons why drivers need to be freed to do whatever it takes to get the horse to the winner’s circle.

“Some of the things people have said over time are they won’t go as fast, the bettors won’t bet, so and so,” he said. “None of it has come to fruition. It’s business as usual and the horses are going as fast as ever. We were delighted with the way the whole week at Delaware went.”

Teague and the connections of Wiggle t Jiggleit and Lost For Words got the only thing they could have asked for–a fair playing field. With neither driver breaking the rules neither horse had an advantage.