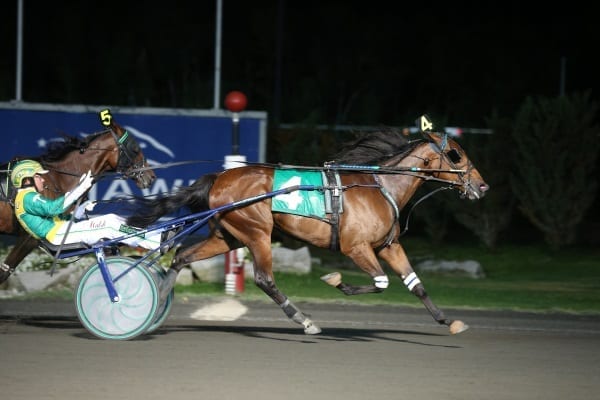 Pinkman Lives Up To Status In Canadian Trotting Classic

CAMPBELLVILLE, ON – The Canadian air certainly agrees with Pinkman.

Pinkman has won four times in four career starts in Canada, including his elimination last week. Last year at Woodbine Racetrack, he won his elimination race for the Valley Victory and then won the $521,000 final.

He’ll be back on Canadian soil for the Breeders Crown at Woodbine in a month’s time.

Driven by Yannick Gingras, Pinkman was hustled to the front after three-eighths of a mile, passing Crazy Wow, who had the lead after a quarter mile in 27 3/5. Pinkman grabbed control after three-eighths, leading at the half in 56 2/5. He stayed in front the rest of the way through three quarters in 1:25 1/5 and won in 1:53 3/5.