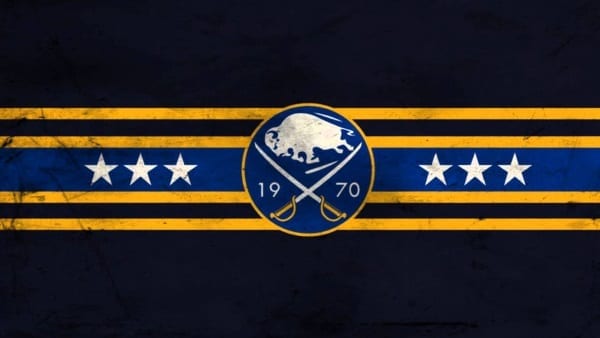 Buffalo Sabres general manager Tim Murray is hoping to take some time off on Saturday from watching his young hockey prospects at training camp to drive down to Mohawk Racetrack to watch one of his young horse racing prospects.
Murray is a partner on the two-year-old trotting colt Deep Impact racing in the $373,000 William Wellwood Memorial. The Donato Hanover offspring, purchased for $65,000 at the Lexington Select Sales, has won three of five races and earned $41,800. Trained by Brad Maxwell, who owns the colt with Murray, Van Camp Trotting Corporation and Doug Milard, Deep Impact won one of the two elimination races for the final. The other was won by the Southwind Frank, who has won seven of eight races and earned $327,005. The son of Muscle Hill was purchased at the Lexington Select Sale for $100,000.

“Obviously I’m very happy he won his elimination,” Murray told Harness Racing Update. “I think the way it’s shaped up it looks like we’re racing for second money, but you still have to race. I’m certainly excited about the colt. If we get a good trip, who knows?”

Murray has been involved in owning horses for some 30 years, but Deep Impact is the best one of all.

“Talent-wise and looking at the future or even this year or going forward as three-year-old, he’s the best one I’ve owned,” Murray said.

He picked up the love of the sport from his father, who had been a trainer in the business for 40 some years and campaigned Noble Hartack, a pacer who raced in the ‘70s and earned more than $225,000 and had a mark of 1:57.

A few years ago while Maxwell had been working as an assistant coach with the Guelph Storm of the Ontario Hockey League, Murray approached him in the media room to talk about horses.

Maxwell had been working at Roosevelt Raceway when Noble Hartack had been stabled in the same barn as Buddy Gilmour. So the reference to Noble Hartack immediately created a relationship between Maxwell and Murray.

“That got us off on the right foot,” Murray said. “I would much rather talk horses than hockey players, for sure.”

Murray told Maxwell if he ever considered training horses again to consider him as a partner for yearling prospects. Maxwell has been back training full-time for four years after giving up on conditioning horses to commit full-time to coaching. They began two years ago when Maxwell took him on as a partner with Steel Reserve, a $22,000 Credit Winner yearling. The horse has won two of 13 races and banked $32,624. Another horse, Home ‘N Dry, a $19,000 Credit Winner yearling, has won two of 16 and $90,444. He races in a New York Sires Stakes Saturday night at Vernon Downs.

“He’s been a great owner, a really good guy,” Maxwell said of Murray. “Hopefully we get lucky one day and get a good one together. He told me he wants to get good ones. If we have to spend more, we’ll spend more.”

Murray says he loves looking over the sales catalogues.

“I’ve been doing that for years. My down time from hockey in the fall is the sales catalogues. I’m doing that right now for the Lexington and Harrisburg sales. I do my scouting of horses through the bloodlines. Brad is the guy that watches the videos. I watch the videos, too, and some horses can jump out as being athletic, but even though I’ve been around them all my life it was never what I wanted to do as a job. I defer to Brad when it comes to confirmation and things like that.

“I’ve been in it a long time and never with a large amount of horses or anything that was worth much, and I was quite satisfied with that. I had a buddy who started working for my dad way back and decided he wanted to get back into it as a trainer so I tried to support him. We just claimed horses from Rideau-Carlton and that was kind of the game. We had a couple we were able to send to Toronto that ended up being good claims, so that got me interested in racing more than just where I grew up at Connaught Park (in Ottawa), which is no longer there and Rideau.”

Because of his job, he has the financial means to buy better stock.

“I’m not looking to branch out and try and become a millionaire and get the big horse,” he says. “I think we can get the big horse in the price range we’re buying as partners. I’m quite satisfied with that right now. I think you can ruin them by going too fast too quick. I like Brad’s approach.

“Your wallet dictates what you’re looking for. I certainly look for the breeding and the producers, and those are the more expensive ones. I don’t necessarily have to see a full-brother or a full-sister that’s made a million dollars because I probably can’t afford that one, but there’s certain families that I like. Good families are good families because they keep producing good racehorses, so that’s why we consider them good families. Right now I’m very content with the partnerships. It allows me to buy one or two more than we bought this past fall. We had four two-year-olds. We sold two and have one that’s turned out.

“Partnerships allow you to be involved in more horses. I’m not trying to make a living at it. Even if I only own a quarter or a third of 10 versus owning two by myself I think that gives me a better chance of getting two your dreams like the Little Brown Jug or a regional stake series or the Hambletonian or the William Wellwood. The more darts you can throw the better chance you have.”