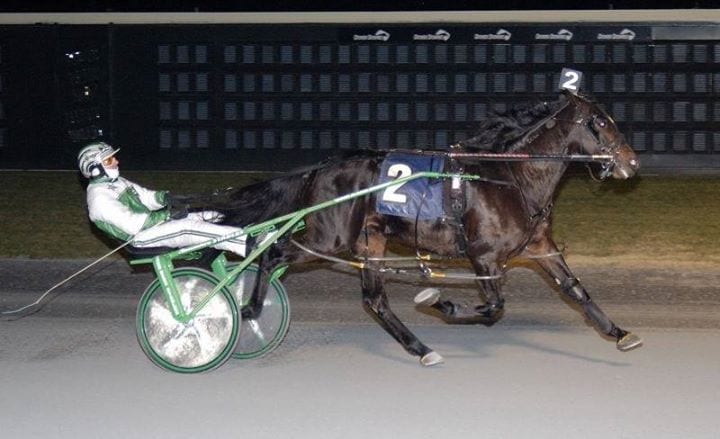 Rock N Roll Heaven on the Move, Will Stand in New Jersey at Deo Volente

Deo Volente Farms in New Jersey has landed another top sire as it was announced yesterday by the Bellino family that Rock N Roll Heaven will stand there in 2016. Deo Volente is also the current home of 2014 Hambletonian winner Trixton.

Though Rock N Roll Heaven has gotten off to a strong start as a sire, Joe Bellino, a spokesperson for the Bellino family stable, said he was disappointed in the number of mares the stallion was bred to this year at Blue Chip Farms in New York. With so many outstanding pacing stallions in New York it appears that Rock N Roll Heaven was having a hard time standing out in the crowd.

According to USTA stats, Rock N Roll Heaven was bred to just 59 mares this year.

“We wanted a change,” Joe Bellino said. “His horses were racing real well and he was the No. 1 rookie last year in New York but we were just disappointed in his numbers in New York this year, which were surprisingly low.”

Bellino said that he and his father, Frank, considered several farms in the U.S. and in Canada and that Deo Volente was not high up on anyone’s list. Many are wary of standing stallions in New Jersey because of the weak sire stakes program in the state.

“On Wednesday we were making our decision and Deo Volente wasn’t even in the conversation,” Bellino said. “Then dad looked at me and said, ‘I want to do the right thing.’ He said ‘I want to send him to New Jersey.’ That came out of nowhere. I said, ‘why?’ He said, ‘Jeff Gural has put up all this money and everybody is running away, it’s time somebody runs to help him and New Jersey racing instead of complaining and saying Jersey racing is going down the tubes.’

“He wanted to do the right thing. He is a huge fan of Bob Marks and likes (Deo Volente owner) Mike Gulotta. That dad decided to send him to New Jersey, I was as surprised as anyone.”

Rock N Roll Heaven’s second crop are currently 2-year-olds. He has already produced four horses that have earned in excess of $300,000, including Sassa Hanover, who has made $704,002.