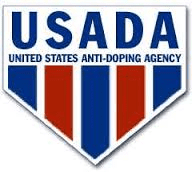 Horse racing is a unique business; a business much unlike any other. Steeped in the tradition of horsepower and an agrarian society, it’s a business where if you work hard, have some luck and take risks with your time and money, you can succeed as an independent contractor. While Joe or Jane are worried about safe investments in a 401k, horse owners and trainers are spending the cost of a new fully-loaded BMW on a baby brown horse, based on how straight his legs are and who is mother is.

If horse racing had mantras, they would probably go something like, “let’s see if my horse is faster than your horse and whoever wins takes the money”, “if my horse isn’t fast enough I need to get a new one”, and “leave me

the hell alone and let me make a living.” I don’t think Senator Sanders would do very well if he needed votes from horse racing.

Horseplayers are not much different of a lot, quite frankly. They want to bet every track, at any time, at a fair price. You don’t have to pass an exam to bet complicated bets, at any amount of money you choose. You don’t need a licence to wager. Horseplayers, like trainers or horse owners, are built from the same exact cloth. This is likely why horseplayers are the best potential pool of investors to become new horse owners. Many of us

Despite this sports’ self-reliant, sink or swim meritocracy, despite its rugged individualism, there’s a real movement afoot to embrace a form of outside oversight. Yes, that means looking to Congress, the place that can’t get anything done, the place that many abhor, the place that allows every late night talk show host to earn a paycheck.

In June of this year, Representatives Barr of Kentucky, a Republican, and Tonko of New York, a Democrat introduced legislation called the “Thoroughbred Horse Racing Anti-Doping Act.” The act would, “create the Thoroughbred Horseracing Anti-Doping Organization (THADO), an independent, non-governmental non-profit governed by a board comprised of six USADA (US Anti-Doping Administration) board members and five independent individuals from the Thoroughbred racing industry. This organization would work collaboratively with state racing commissions and their respective staff members throughout the country. THADO would develop and administer a nationwide anti-doping program that would go into effect beginning January 1, 2017, following input from the Thoroughbred industry and the public.”

The act would place control in the hands of the USADA, which looks over Track and Field and was the agency responsible for taking down cyclist Lance Armstrong.

At the Thoroughbred sports’ highest levels this act is supported, and that can probably be expected. At the horsemen “group” level, it is not, and that too could be expected. Meanwhile back at the ranch, however, there’s evidence that those horsemen alphabets are not speaking for their members.

In a recent Paulick Report column, the President of the Thoroughbred Owners of California noted they were “100%” against USADA involvement in horse racing. The comments section was eye-opening (with over 114 of them). They included:

“I am an owner in California, and I have never been asked my opinion. Hey Joe, I would be happy to pay for the TOC to actually survey the membership, I guarantee it won’t be 100% against federal regulations and USADA.”

“Horsemen’s groups that claim to know what their members want without polling them is absurd.”

“Also an HBPA member in several states by virtue of being an owner/trainer. Never once in 25 years, (HBPA member in 6 different states) have they ever surveyed me, asked for input in any way.”

This is not dissimilar on social media or other industry websites with stories relating to this act. There are many horse owners and horsemen who’ve seen how this business has tackled drugs and are at their wits end. There’s nowhere to turn and now that there’s some hope, they are (grudgingly) running towards it.

On the bettor side, a Horseplayers Association of North America survey was released on Thursday about the USADA and its ove

rsight, and it showed 83% support from players. Yes, these horseplayers are too very independent, very hands off. But there it was: 4 in 5 want something to get done.

Some of the published comments showed how much of an issue it is for them philosophically. like:

“I check yes with extreme reluctance.”

Others cut to the chase:

“The states and regulatory arms of each have failed to achieve this goal. Enough is Enough.”

The Jockey Club President, Jim Gagliano, wrote an appeal to players in this month’s issue of Horseplayer Monthly magazine, who (as the poll showed), need little prodding:

“In a sport built on the integrity of competition, nothing is more important than a level playing field for our stakeholders, and that includes the fans who wager on our races.

“Only a national, independent, non-governmental organization like the U.S. Anti-Doping Agency (USADA) can create and maintain a uniform system that protects horses and the integrity of competition for all participants, including fans.

“For these reasons, the Coalition for Horse Racing Integrity urges all horseplayers to support the bill known as H.R. 3084, which has been introduced by Congressmen Barr and Tonko. ”

There are those who feel change is needed, but not this change. Some groups will be vehemently against such legislation. However, racing seems to be at a crossroads. Most fans and bettors, (and some participants) see someone holding up a beacon of change, with a plan to have it enacted. The plan appears to have teeth and a strong structure. That’s why you’re seeing what you are seeing today in horse racing – support for what many think is the unthinkable, supporting an act of Congress.

What’s in store in the future, and what this means for harness racing is anyone’s guess. But make no mistake, there is support for this bill, and those whom are against it need to not protest, but come up with an alternative. As the bettor above commented, “enough is enough”. The status-quo warm blanket is leaving the building.