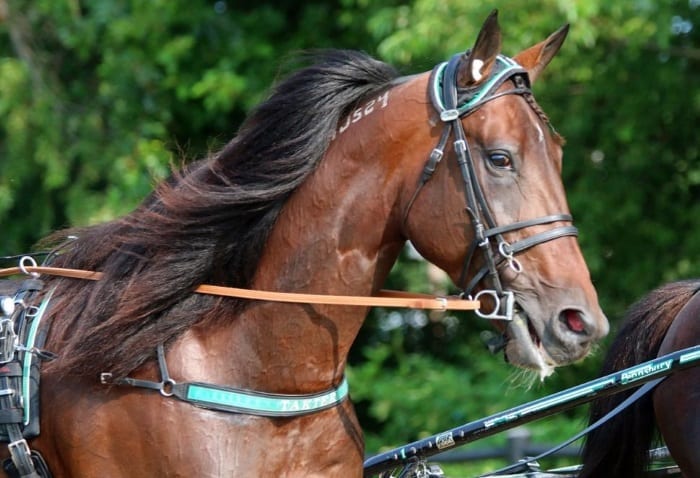 Father Patrick, last year’s Dan Patch Award winner as the top 3-year-old male trotter, has been retired due to what trainer Jimmy Takter describes as a “deep lung infection.”

After doing double duty earlier this year, training and breeding at the same time, Father Patrick returned with a bang, beating Bee A Magician in the Maxie Lee Memorial at Chester. He did not win again, but raced well in his next two starts, finishing second behind JL Cruze both times. But he then raced poorly in the Graduate Final and the Meadowlands Maturity on July 18, where he finished last.

Takter knew he was battling some problems with Father Patrick but the full extent of them did not come to light until after the July 18 race.

“He had a deep lung infection. Very deep,” Takter said. “We had him checked out at Cornell. It would take a minimum of three months to recover from it. That’s just too much of a risk to take with this horse. We gave it a shot and he came back very good. The two starts against JL Cruze were not bad. The last two after that, anyone could see something was wrong with the horse.

“Eventually the lung is collapsing and they don’t get oxygen. They can basically go for three quarters of a mile and after that they have no air.”

Takter has said all along that Father Patrick’s recent struggles have nothing to do with his being bred this year. Father Patrick retires with a record of 23 for 33 and earnings of $2.5 million. He will continue his breeding career at Diamond Creek Farms’ Pennsylvania facility.