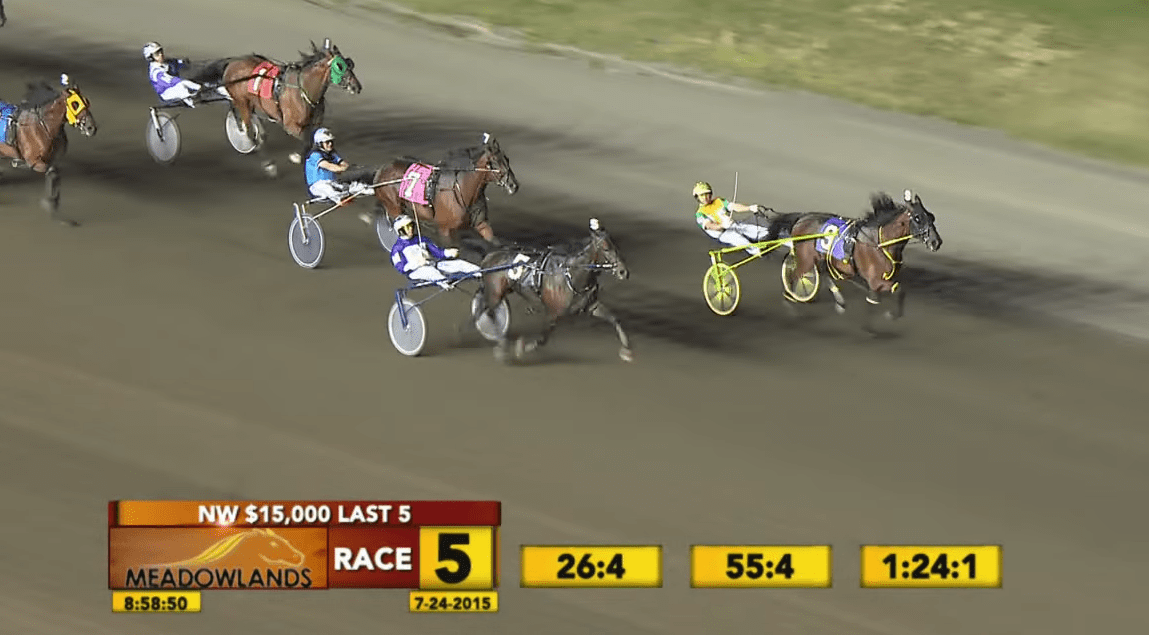 With Propulsion Leading the Way, Big Numbers at Meadowlands Sale

Thanks in large part to sale topper Propulsion, who sold for $210,000, Sunday’s Summer Mixed Sale at the Meadowlands showed a 17 percent increase over 2014 figures. It was another sign that the market for racehorses, particularly those who are racing and winning, is as strong as ever.

“I continually say that this is the best place to sell a horse at public auction,” sales manager Dave Reid said. “That’s not just for self-servicing reasons but for obvious reasons. I think this sale proved again that our venues serve the need of many people and many levels of buyers.”

Propulsion, a 4-year-old horse by Muscle Hill, led the way as Swedish horsemen Daniel Reden bought him for one of his primary owners, Brixton Medical AB. Reden was among those who believes the horse has a huge upside. Out of Hambletonian Oaks winner Danae, Propulsion, who sold for $250,000 as a yearling, got off to a slow start in his career but has recently put it all together. He has won two in a row and three of his last four and two starts back beat The Bank, who went on to win a division of the Stanley Dancer.

Reden said the horse will be sent shortly to Sweden to compete there.

“I saw the horse when he was in Lexington as a yearling and I had very good grades on him,” he said. “I bought Trixton there the same year and this horse was close to him in my grades. I had really good grades on him and he had very good conformation. He looks like a late bloomer so when we saw he was in this sale I talked to my owner and said if we can get him this would be a great horse for Sweden. I think he will be very good at a little longer distance because he has very good speed. We have high hopes for him. I have bought many horses in the U.S. that have been very good here in our stable and I think he will turn out to be one of the best.”

Reden said he hasn’t made any immediate plans for Propulsion but hopes to makes some of Sweden’s bigger races with him this fall. If the horse performs well at that level Reden will have bought a nice stallion prospect.

The second highest price paid on the afternoon was $132,000, the amount Nick Surick paid for New York sire stakes performer Oneisalonelynumber before dashing off to watch American Pharoah in the Haskell at Monmouth Park. Surick and his owner Howard Schniedler are looking for immediate dividends as they have entered the son of Bettor’s Delight in Saturday’s Cane Pace at the Meadowlands.

Oneisalonelynumber was one of 13 horses put in the sale by trainer Casie Coleman and owner Adriano Sorella, who are ending their partnership.

“The break up of the Cassie and Adriano partnership is unfortunate but when you put the caliber of horses they put in the sale people are willing to pay good money for them,” Reid said. “There were several active bidders on Oneisalonleynumber.”

The 2-year-old Michael’s Victory checked in in third place at $95,000, but was a buy-back for trainer Ed Hart.

“He’s the kind of colt that started out slow for us but within the last month and a half he really turned the corner; he has really come around,” Hart said. “There’s a little more value to him now and we didn’t really want to let him go. Sometimes that happens with young colts.”

Reid said he was somewhat disappointed that the 2-year-olds did not sell better and that Canadian horsemen were as quiet as they were.

“One thing I found very noticeable and I’ve heard a lot of chatter about is, due to the weak level of the Canadian dollar right now versus the U.S. dollar, the Canadian guys are reluctant to spend,” he said. “That’s a concern going forward to the yearling sales. The Canadians are great friends to harness racing, Tattersalls Red Mile and Preferred Equine. If their dollar doesn’t rebound before the yearling sales I think we have something to be concerned about.”