Battling a foot problem, JL Cruze was scratched out of a qualifier race yesterday morning at the Meadowlands, but trainer Eric Ell hopes to get his star trotter qualified Tuesday at Chester.

“He was just too sore to try to qualify him,” Ell said. “I’m shooting to try to qualify him at Chester on Tuesday, which will give me a few more days to get it healed up. He really laid her open and he’s really sore. But I need to get him qualified on Tuesday so I can go in the first leg of the Graduate Series (May 25 at Tioga). That’s what I’m shooting for. Each day I jog him and he’s jogging much sounder. I got a guy coming tomorrow who can cut the quarter out a little bit so I can get more air in to it which will help it heal.”

Though Ell believes he’ll make the May 25 race he admitted it’s going to be hard for him to have JL Cruze, who is by Crazed, at his best that day.

“I think he’ll be a little soft,” he said. “I won’t lie to you. I did everything by the book. I gave him rest, gave him the days off he needed and then I jogged him back. But I’m trying to get him there.” 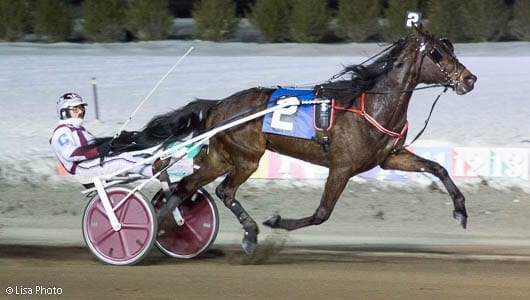