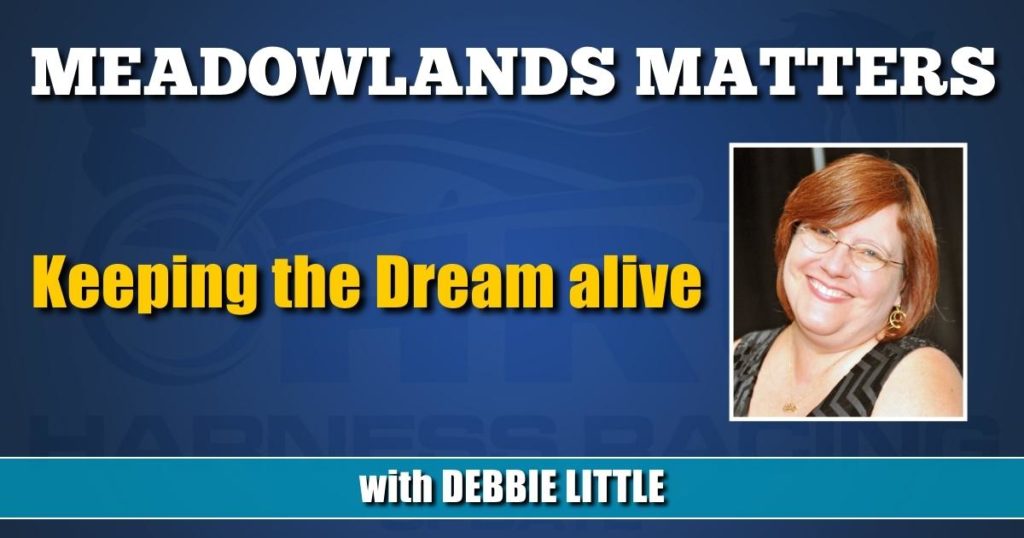 According to Big M race secretary Scott Warren, the track plans to hold four races in honor of the civil rights pioneer.

“There will be a Martin Luther King Remembrance race on Friday [Jan. 13] and there’ll be one on Saturday [Jan. 14],” said Warren. “If I end up with an odd number [more than 10 competitors], some of them may have to sit out since only five can compete when we have an MLK/pro race each night.”

Driver Jim King Solomon is the driving force behind the competition and is so happy to see the top track in the sport involved with this event, which, for the second straight year, is being sponsored by trainer Tony Alagna.

“I’m very proud of it, because we’re doing it in memory of an icon, Dr. Martin Luther King,” said Solomon. “I’m happy that The Meadowlands is hosting it, which I never thought would happen. But they came through. I also can’t thank Tony Alagna enough for being our sponsor.”

In 2022, for the first time since the MLK tribute races started at The Meadowlands in 2018, it grew from just one race featuring African-American drivers on one night, to a two-night event with a total of four races featuring two MLK Remembrance races and two unity races, which were labelled GSY/MLK Remembrance and Pro/MLK Remembrance.

Driver Devon Tharps, who won the 2021 MLK Remembrance race, told The Meadowlands’ Jessica Otten in an interview last year that he was pleased to have the MLK drivers compete against both the GSY and pro drivers.

After much consideration, The Meadowlands will embrace the 2023 MLK theme “Together We Can Be THE Dream” for the two races joining the MLK drivers and Meadowlands’ regulars.

James Davis, Meadowlands’ senior security manager, will be in the winner’s circle making presentations to the MLK race winners who are expected to receive a commemorative race blanket.

With the event only a week away, Warren believes he may get some last-minute interest from drivers wishing to compete, but he hopes to have the competitors list finalized this weekend in advance of the draw on Tuesday, Jan. 11.

New to the competition in 2023 are Geremy Bobbitt, who made his first appearance at The Big M last year, DeShawn Minor, who last competed at The Meadowlands in 2014, and Jordan Ross, who is making his Big M debut.

“I don’t know [Jordan] personally but I know he had a very successful meet out [at Hoosier Park],” said Warren. “And I know a couple people out there, like Jay and Homer Hochstetler, spoke very highly of him. More than Homer did the Lew Williams comparison. The kid’s very talented.”

Ross, 25, grew up watching The Meadowlands and is excited for the opportunity to compete there.

“It would be a huge, huge experience because it’s the main track you hear about,” said Ross. “If somebody says harness racing, The Meadowlands is probably the top track they’re talking about. Everybody says it’s a beautiful place and I just want to see how the track is, because they say it’s one of the best tracks ever.”

Ross is coming off a career year with 1,084 starts and 153 wins, while hitting the board an impressive 41 per cent of the time. During his career, he has – on occasion – competed against some of the top drivers in the sport.

“I’ve been out there with Dexter Dunn a couple of times,” said Ross. “I’ve driven with Tim [Tetrick], Dave [Miller], Yannick [Gingras] and I think I drove with Mark MacDonald for the first time in 2022. I’m kind of used to being in the mix with them.”

Through Solomon’s hard work and the kind cooperation of Alagna, Warren and everyone at The Meadowlands, they are indeed honoring the memory of a great man because together they can be the dream.