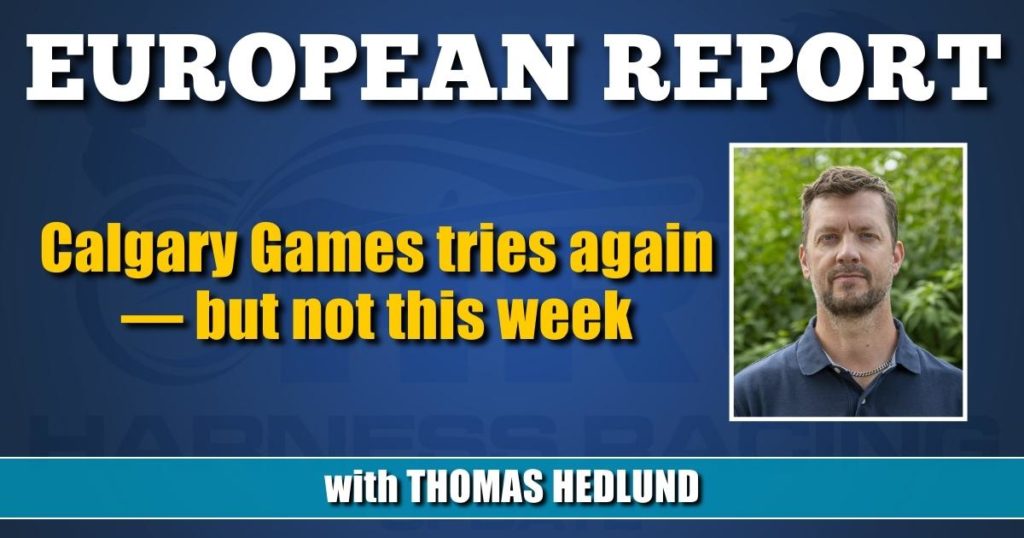 Calgary Games tries again — but not this week

Timo Nurmos’ undefeated 5-year-old Calgary Games entered the $210,000 Prix Tenor de Baune at Vincennes as the heavy favorite on Christmas Eve (Dec. 24) and an entire racing world’s eyes were on the talented trotter from Sweden.

But the day didn’t end like Normos nor driver Björn Goop hoped for. Calgary Games made a great start and followed as second, some lengths behind an eager Beads in front and when Goop tried to take position as first over, midway into the 2,700 meters long race, Calgary Games went off stride and was disqualified.

Beads in front held strongly and was not far from grabbing the Prix d’Amérique-spot that was at stake, but he couldn’t defend himself when Horsy Dream (Scipion du Goutier) and Eric Raffin played out all cards at the stretch. Horsy Dream flew between horses and won in mile rate 1:56.1, ahead of strong finisher Happy Valley while Beads ended third.

According to Goop, Calgary Games felt as he should and Nurmos’ trotter will be back at Vincennes soon. The probable schedule for him was entering the next B-race, the $125,000 Prix de Bourgogne over 2,100 behind the car, but Calgary Games is missing among the horses in the entries list. So his next objective will then be the $125,000 Prix de Belgique over 1.7 miles at Vincennes two weeks ahead of Prix d’Amérique.

Horsy Dream, trained by Pierre Belloche, secured his place in Prix d’Amérique and will most probably start in France’s biggest harness race on Jan. 29.

Whether the winner of the $210,000 Criterium Continental, 4-year-old Idao de Tillard (Severino) will try his luck in Prix d’Amérique is far from obvious. Thierry Duvaldestin’s trotter has been one of the most dominating horses in the French ”I-crop” and in the Criterium Continental there were never any doubts about who was the best horse in the field. Driver Clément Duvaldestin opted position first over midway into the race and Idao de Tillard was completely outstanding as he jogged to a safe win in 1:53.1 over 1.3 miles.

Imhatra Am finished strongly as second while leader Callmethebreeze held to bronze medal.