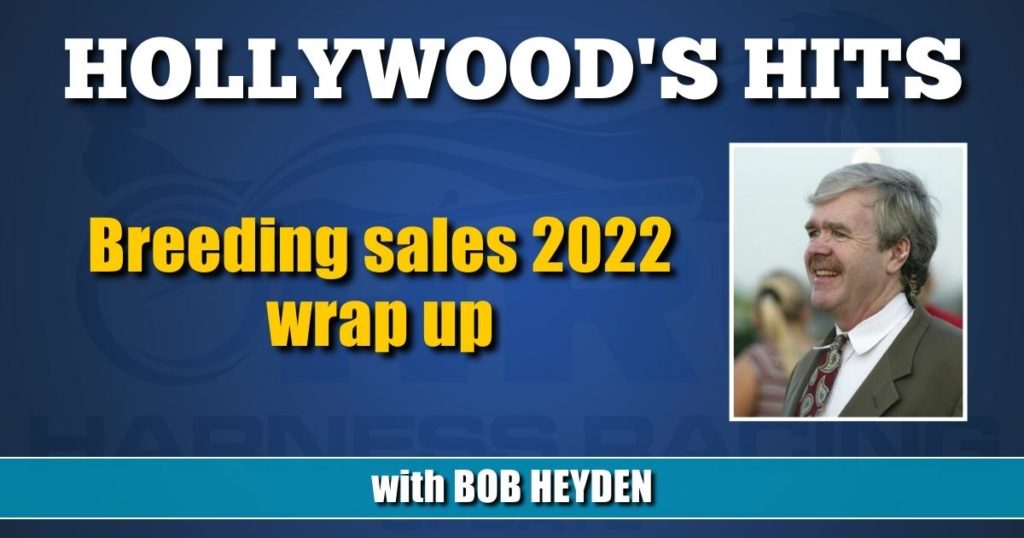 Twenty notes of interest from the year that was.

9. Catch The Fire, Bettors Wish, Bulldog Hanover and Cattlewash all should be commended for the excellence on the track and in the breeding shed in 2022.

19. The last time a pacer was the highest-priced yearling of any year was 2012 when $380,000 Churchill Hanover earned the honor.

WHAT DARLING’S PEERS HAVE TO SAY

What do some of trainer Jack Darling’s peers say about him?

Bruce Riegle: “Good friend, great trainer. A little conservative. Doesn’t matter if it’s an average colt, a very laid back one or a good one, Jack doesn’t miss anything.”

Mark Macdonald: “A great horseman, has been for a very long time. Patient guy, great with young horses. He usually has a smaller bunch. He must be doing something right.”

Blair Burgess: “He knows what he is doing. Especially in the yearling selection.”

Mark Jordan: “I met him in the 1970s at Windsor. He’s the exact same guy now. Top shelf. I don’t think he was ever crazy about driving.”

Rob Harmon: “Standup guy. A great guy. I’ve known him since Hazel Park-Windsor days. He’s quiet and does his work.”

Brad Grant: “Great person. Cares about our sport. He really thinks things through before he speaks. Humble. From what I can see a strong family man.”

Rod Allen: “Met him many years ago at Pompano. I sold him a horse — Keewasakee — and he then beat me in the open that week. I really appreciate his horsemanship.”

Brian Brown: “As far as I know a really good guy.”

Tammy McNiven: “The kindest, most down to earth person we know. He is very hands-on selecting yearlings. He does lots of homework in his search for the next big horse. He definitely has a ‘type’ of horse he likes. Obviously, it has worked for him. His integrity is beyond reproach in both the business and his family life.”

Linda Toscano: “Jack sent me a horse many year ago to train — a mare — but don’t ask me her name now. Jack and I have the same kind of approach at yearlings, we laugh about it at times. Very happy to see him with a horse like Bulldog Hanover.”