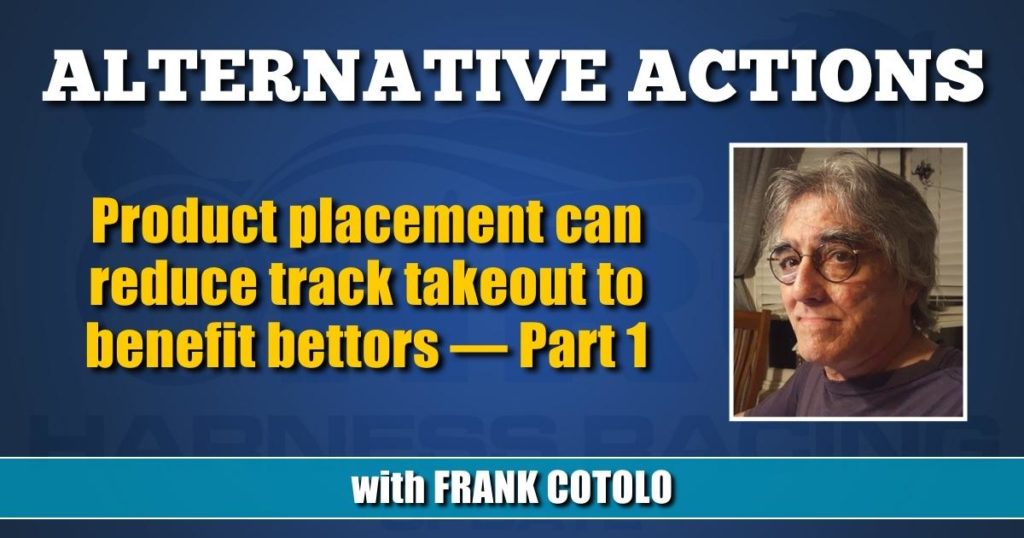 The uproar about reducing track takeout probably will not be over until the takeout is not taken out entirely.

I know gamblers, specifically pari-mutuel horse racing players. They won’t settle for minor reductions in takeout rates, the kind that flirts with strong changes mostly because gamblers know they have skin in the game that is easily abraded by its mathematics. Plus, they know betting is the action that keeps tracks from bulldozers and that gives bettors a sense of entitlement.

Racetracks are facing the takeout problem more than ever, but no one has found the number that works for track and bettor; not at individual venues or as a national standard (international counting Canada and the United States).

That means only one thing. All pari-mutuel businesses need to develop more income streams so the takeout rates can drop in a manner that indicates perhaps one day they will be gone. Certainly, that is most likely the only form of mediation between the parties that may satisfy them.

Wagering has been rising at many racetracks in the second decade of the 2000s and takeout rates have been lessening, but, according to bettors, not anywhere near equally. Racetracks should pay attention to their sole audience and look far beyond using the audience’s money not only to keep the door open but to improve serving their live and on-line audiences in ways that make bettors feel the value of their participation.

This short series is the perfect vehicle for Alternative Actions (AA) to present an existing income-stream method that borrows from another entertainment industry — producing motion pictures.

As this column has done before, AA will present possibilities and examples that may or may not be perfect to execute but will serve to plant the concept into the consciousness of racetrack administrations; and the powers-that-be in control of management’s obligation to make money should be smart and creative enough to explore their values.

The program is called “Product Placement” and I begin its definition with my personal history of discovering its brilliant operation.

Hollywood, California — On The Set

Until I worked on movie sets at Universal, Warner Brothers, Paramount and Columbia pictures, Hollywood’s biggest film factories, I was unaware of the incidental financial elements supporting the production of movies and television shows. I assumed those companies paid for all the expenses when making movies. I believed it, even assuming is a poor foundation for beliefs, even though I was in the majority of the general public.

What I knew about the sources of money invested in film productions was less than the little I knew about any aspect of the film-making process. I was a raving neophyte raised watching movies on the thick black-and-white screen of a Magnavox TV set since I was 4-years-old and becoming an avid movie patron at New York City’s local theaters far from the madding Hollywood crowd.

By my late 20s I was still ignorant concerning Hollywood’s main export but by then I was working on the inside of the entertainment business, literally living in the town of Hollywood and loving California. It was on-the-job training. I had no mentor; I learned everything from those working with me and around me. Many were members of my generation and were well versed in every aspect of the film industry. I did not reveal my lack of experience but really, in my defense, how was I to know there were more sources piling dollars into developing movies from scratch to theater projectors than there were Carradine kids?

One day I heard an [anonymous] producer say, “Show business is a business of shows. So learn the f****** business or you are out of f****** business.” No matter the artistic ingredients, he meant, making money was any production’s priority. I had more than an inkling that money measured show business success but I was naive about the various channels getting pieces of the action.

I discovered Product Placement from people doing the placing when a movie is being shot. On the set, a crew of people prepare the sets and another few not in the crew tell the crew where to position certain brand-name items. They are the product placers representing the item that has paid for the right to be in the shot.

Add nine other brand-name products to the shelf, say grape jelly, a loaf of bread, a jar of honey and so on, and imagine how the budget for the movie increases.