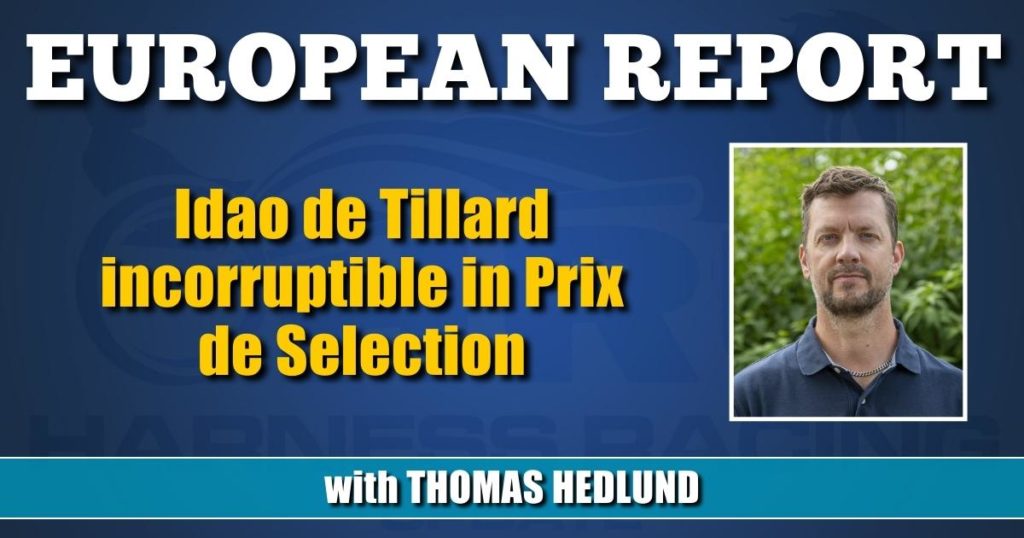 Idao de Tillard has become one of the most interesting horses in Paris this winter and is not an undeserved winner in this prestigious race. Star trotters have dominated Prix de Selection throughout the years and superstar Face Time Bourbon had claimed the trophy in three consecutive years ahead of the 2022 edition.

Bazire tried to be offensive when the car left the field, but horses on the inside opened quickly and Elie de Beaufour had to travel outside, three wide until Bazire hit the lead midway into the race. When in front, Elie de Beaufour was unstoppable and the 8-year-old gelding claimed his 26th career win in 36 starts. The mile rate in his fourth win this meeting in Paris this winter was 1:55.1 and Elie de Beaufour would obviously be a hot attraction in several big races in Europe this spring and summer. And Jean-Michel Bazire might aim for some of the races in the northern European countries, even if he has stated that none of his horses will compete in Sweden, due to — what Bazire claims —too big differences and in some ways injustices regarding the Swedish regulations in the sport.

The winter meeting’s last stakes event for monté trotters came in the $265,000 Prix des Centaures over 1.3 miles. First choice Granvillaise Bleue (Jag de Bellouet) had 25 meters disadvantage to fight against and when leader Ici C’est Paris’s jockey David Thomain opted for a very high pace in front, it seemed to be a long way to victory for Granvillaise Bleue. But jockey Camile Levesque disposed her horse’s power well and in the last turn she made serious contact with leader Ici C’est Paris. The 6-year-old mare was strong over the stretch and claimed the trophy in an impressive mile rate of 1:53.2.