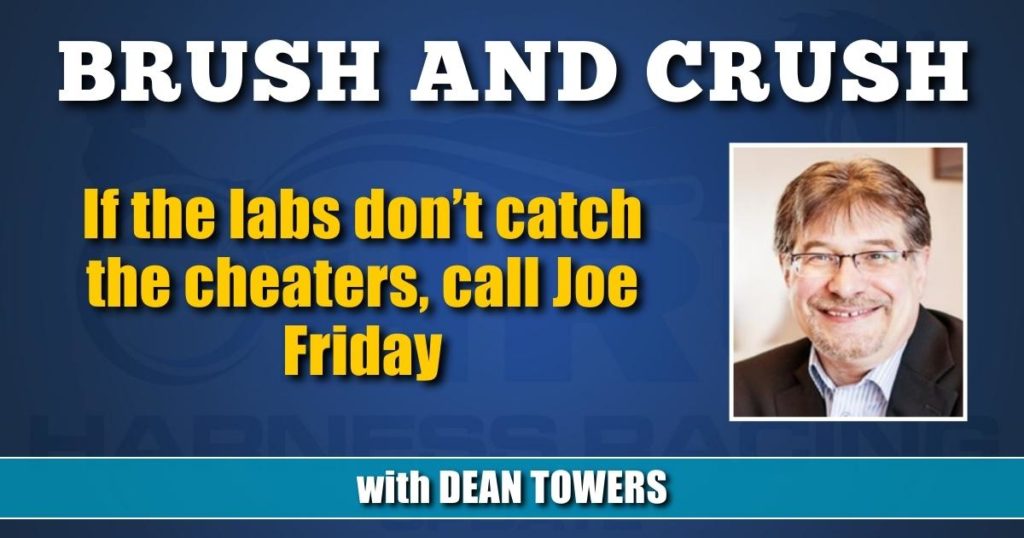 If the labs don’t catch the cheaters, call Joe Friday

Dopers aren’t scared of testing, but they are scared of something else.

Some of the highlights, or lowlights if you prefer:

The New York lab’s budget is $5.5 million a year, and it’s underfunded for the work they need to do. And, of course, there are more labs across North America doing similar tasks, all costing a considerable amount of money.

After reading the article, I came away depressed. The sport is spending time, money and sweat equity testing samples where the vast majority are from clean trainers who’d never cheat in a million years. Meanwhile, the potential positives are slipping through because the men and women in white coats are chasing ghosts.

Is there a better way?

As the story notes, there may be. The recent arrests and prosecution of several individuals allegedly involved in these escapades were not caught with positive tests, but with investigations.

No, it’s not a new idea, but what if the labs continue to test to ensure available drugs are not being abused, and the sport puts the rest of the millions into investigators and law enforcement? Not a half-ass effort with one or two people in a jurisdiction which some already have, but a real push worthy of Allan Pinkerton.

I’m no expert on horse doping, but I imagine if I had a compound I knew wouldn’t test l would sleep well, both before and after the pre-race injection. However, if I knew there were 10 people outside my door ready to barge in and send me to the big house while injecting it, I likely wouldn’t. If I was constantly looking over my shoulder wondering when the knock comes or the sirens go, I would find life incredibly uncomfortable.

Being frightened and modifying our behavior is in our DNA. As the old adage goes, the hunter who ran away when he saw a rustling in a bush procreated the species, while his partner who decided to have a closer look was the tiger’s lunch.

Maybe it’s time to take some heat off the labs; the labs who are clearly trying but are up against a brick wall with no plausible end game. The white coats haven’t scared people into changing their ways, but badges on every corner might.